Going to the Show doesn't have to break the bank. Some simple rules and more importantly, sticking to them, makes for an actual (almost) pleasant experience for Mummy and Daddy.

We took the 4 boys to the Royal Hobart Show on Friday, missing the rain of Thursday and the crowds of Saturday.   This was my first trip to the show in 2 years, opting to stay home the previous 2 show expeditions with 2 of the boys, then last year, just the youngest.  Coder has braved the show with the boys solo, and set in place the rules we used to maintain the peace and partial sanity of the adults.

Basically the rules are relatively simple:

2 Jumpy Castles each, one sideshow alley game, a visit to the 'farm', making a free wooden plane or boat, visiting the prize winning chickens, having a Churros or a Dagwood of (or both...), but most importantly no show bags!

I was flabbergasted to see that the bigger 'thrill' rides at the show were $9!  How on earth did they sneak up that high?!  I am SO glad I no longer choose to eat hotdogs, nor immediately decide it is a good idea to go on the Gravitron afterwards.  My days of spinning uncontrollably in the Tilt-a-Whirl, all the while  hanging on for dear life and trying desperately not to vomit are over!

Pichu and Oshawott were allocated one Jumpy Castle and one super exciting, hang on to your hats, speed boat ride!

The big boys went on 2 different Jumpy Castles that were actually slides aswell.  Luckily for us, the one we picked had a particularly intelligent management system in place where your 10 minutes easily became 20.

And although we were constantly told that we were 'Winners!' we were able to steer the children away from most of the -in your face- barkers on side show alley.  They did get to each have a riveting 30 seconds of placing ping pong balls into the bills of some moving ducks though!  Upon completion, each receiving their lovingly handcrafted 2 cent toy.

I must admit.  The rules were broken.  By me!  I am a sucker for Pokemon, as you may know from the screen names I choose for the boys, or perhaps the giveaway I had recently.

There was this one booth, they had me at, "Gigantic plush pokemon toys"!   Surely we could win one!   Right?

At $5 for 4 balls, trying to get them in a tilted (rigged!) bucket, and needing 3 balls to remain inside, without bouncing straight back out to win, we had no chance.  Coder of course knew this and told me outright.  But I was optimistic at his physics knowledge and throwing abilities.  Well wasn't I wrong!

Not one to give up so easily, although there was the moment were I asked how much the toys were to just buy outright, I had to have a go myself.  I did get one ball in!  It seems that previous netball goal shooting experience and the hopes and dreams of 4 small boys are just not enough to win an almost impossible side show alley game.  I mean, what was I thinking!   Ebay here I come! 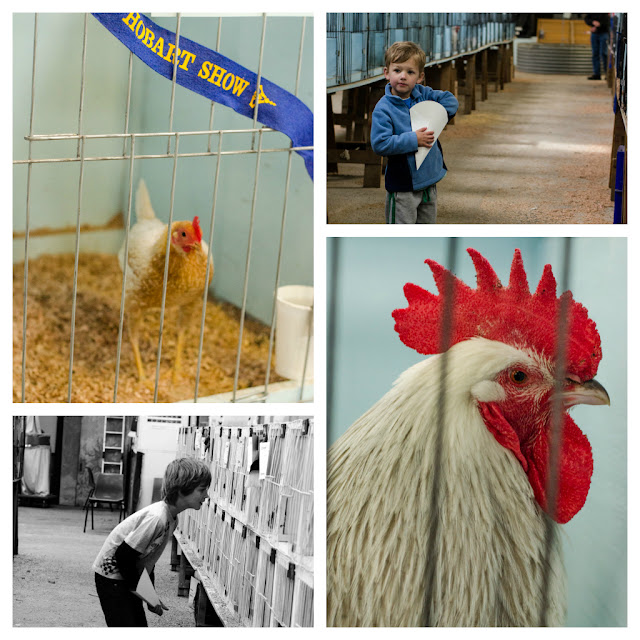 Most of us enjoyed the chicken shed, except for I suppose, the one (Voltorb) that kept asking to leave and blocking his ears most during the Cock-a-Doodling (so basically the whole time). 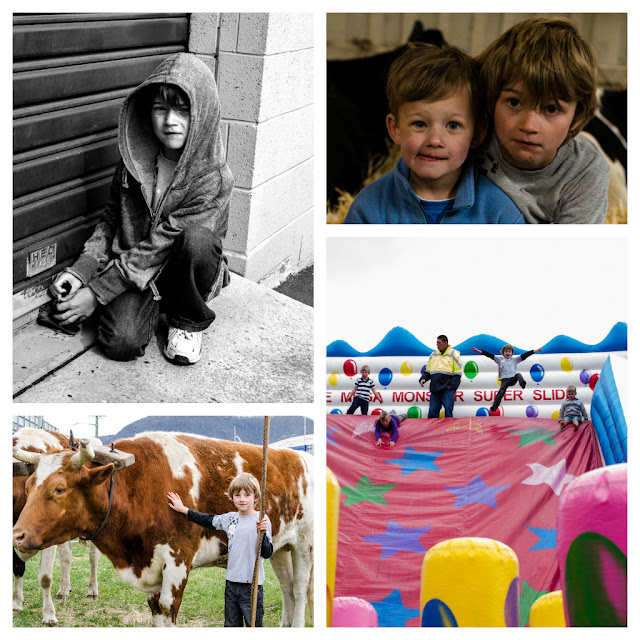 That was a BIG animal.  I actually felt a bit sorry for these Bullocks, they were locked together with those big massive wooden planks across their necks.  Legoman was practicing his delinquency skills at the entry gate, trying to open that roller door.  (I know I know.. I laugh now...)  On the Jumpy slide he managed to get really good air! 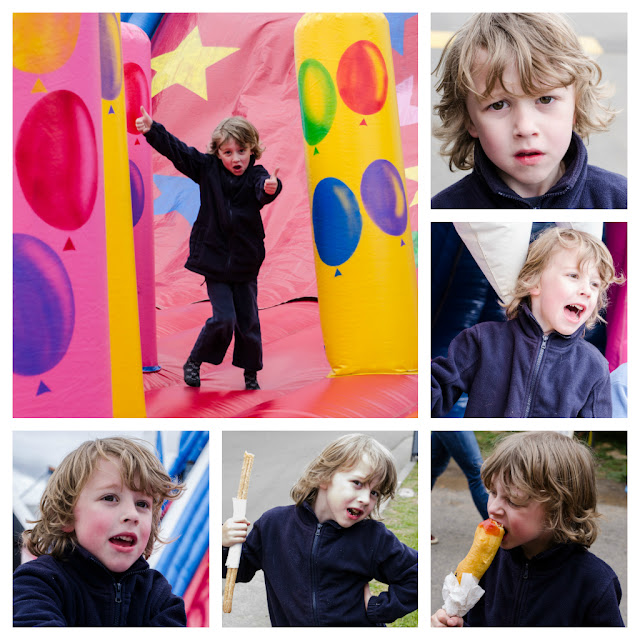 Voltorb is a little bit of a poser when the mood suits!  Here you can see him taking after Daddy's culinary cravings, Churros and Dagwood dogs.  And the sad face was after the first Jumpy Castle, not enough time! 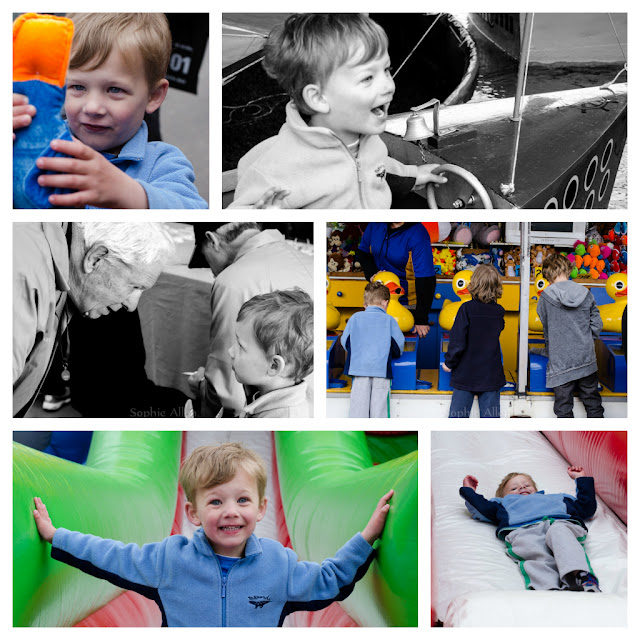 The blue duck was a much 'needed' soft teddy that Oshawott -had- to have.  Normally we wouldn't be such push over's, but because he has had a really rough trot this year, he basically gets what he wants (within reason of course!).  Daddy won the blue duck at the duck shooting game, oh the irony! 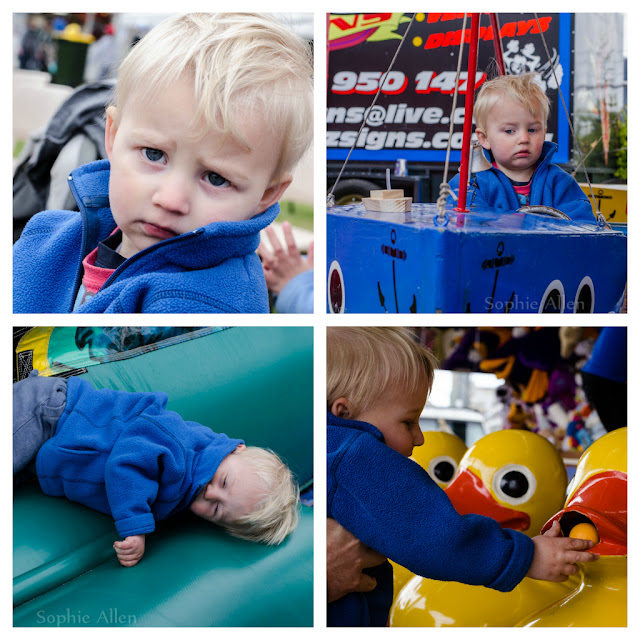 And he is Pichu, the hardest one of all to please.  Boat ride was too slow and too short, Jumpy Castle turn over? I don't think so Mummy!  The duck game was ok though, and the junky toy was accepted after just a few tanting moments. 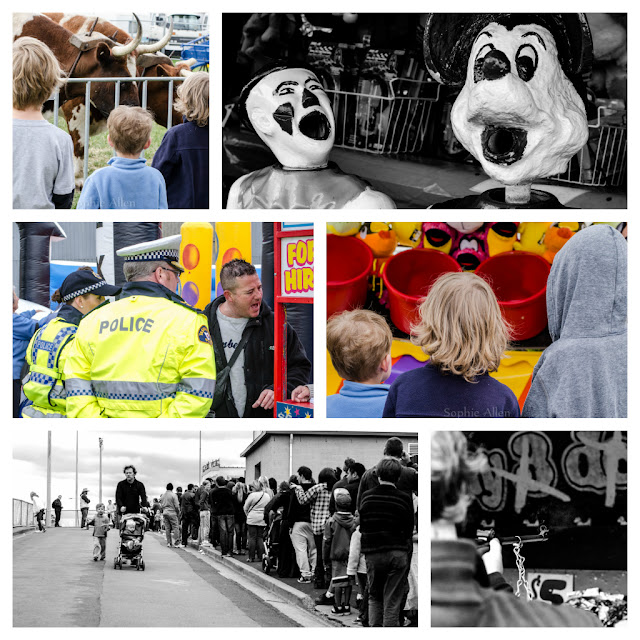 How creepy is that clown and his left-hand mouse man!  Also, what Show is complete without a run in with the coppers.   As we were leaving, there was a 45min queue to get in!  We were there for 3 hours, and it rained shortly after we left.  Timed it perfectly!

I link up with Jess at Diary of a SAHM most Tuesdays.