Not any bed will do. (Highly Sensitive Child) 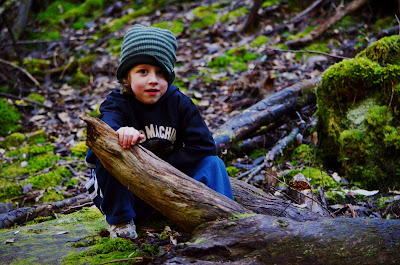 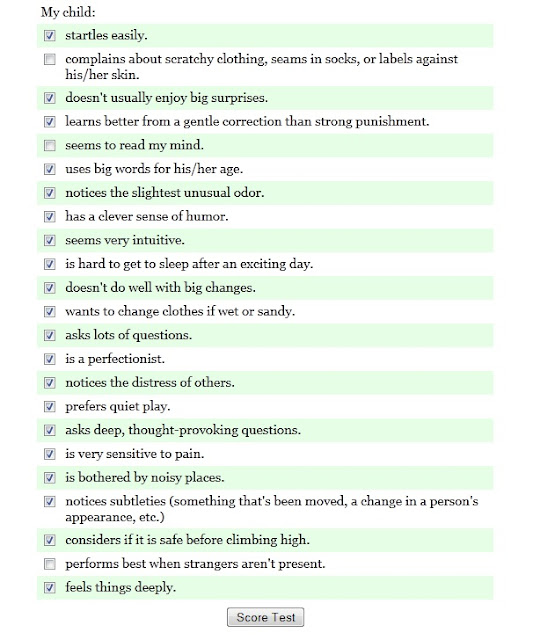 We have always had to take a different approach in many areas with him, but especially discipline.  He just does not respond to the conventional time out, counting, yelling, threatening the loss of special items or a good old fashion grounding.

Fortunately he does respond to cuddles and soft words.

When Voltorb sets his mind to something, nothing can change it.  Some nights he just refuses to sleep in his bed, some nights he actually will not even sleep in his room.  If we tried to force it, he would shut down and just cry, and cry, and cry.  There is a fine line we walk with him, and we can usually tell at what point negotiation or forcing him is just not going to work.

Often we end up with this: 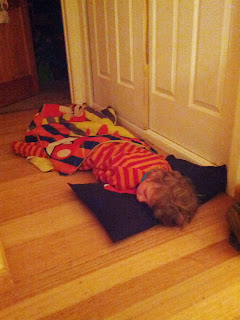 This particular night he was adamant he was not going to sleep in his room.  He wanted to sleep on the floor in the hallway. Looks so comfy, but not to worry, we just move him after he is asleep.

On the very rare occasion that he actually does something mean or hurts his brothers, it is so hard to discipline him because he has already began to cry immediately. Because we need to show consistency between all four of the boys, we have to put him on time out, but it usually is not for as long as his age would require because he is clearly so miserable over the whole ordeal. He cries and is asking for a hug the whole time.  Yet when the time is up, hugs have been administered, apologies given out, he will refuse to get off the spot, opting to just sit there and sulk.

He also loves his 'special' things, and is almost like a little mini hoarder (uh oh!).  He has several tubs of these special things on his bed,  plus his entire plush Pokemon collection.  There is just enough room for him, in his Pokemon sleeping bag, with his Voltorb pillow (thanks to his biggest cousin for sewing that on!). 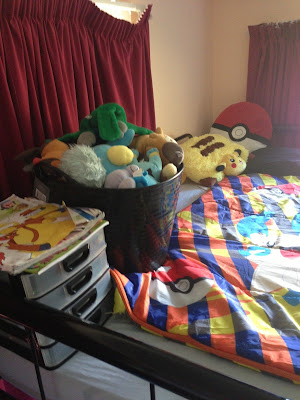 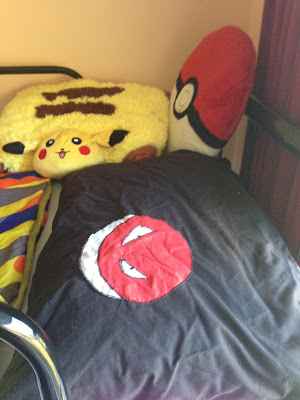 He also did not conform to the structure of swimming lessons when he was 4.  When we enrolled him, I explained that he was pretty stubborn and would probably be quite challenging to teach.  They assured me it would be fine.  I had my doubts but we gave it a try for a few weeks.
Firstly, he did not want to wear goggles, he did not want to wait on the step for his turn, he did not want to take his turn, and he did not want water on his head, -at all-. All of these things being integral to learning to swim, the teacher and I mutually agreed that it was just not working.

(he started private swimming lessons at 5 and a half with great success)
At home he will quietly entertain himself, occasionally asking for help or a drink, and sits silently and waits. He doesn't repeat himself 20 times, or hang off my legs, or talk over everybody trying to get my attention. So often, I forget. Until 10 minutes later he will say coyly "remember I asked for (x)?" and then I feel terrible!
Also, little things will bother him and you just can't reason with him at all.  Like this morning when I was trying to brush his hair for school, I sprayed his hair first with misted water spray.  Some of the over-spray 'allegedly' got on his breakfast and he refused to eat it, with tears and all.  I had to get him a new bowl of cereal (well, I had to empty his cereal into a new bowl and sprinkle some new dry cereal on top). 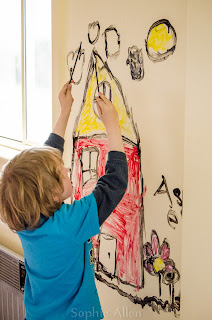