Our secret world of MMORPGs - Everquest

Massively Multiplayer Online Role-Playing Games or MMORPGs for short have been a constant in our lives since 1999, for recreation and later, as a business as well.

It was 1999-2001, and we were living with Coder's parents in Florida.   We were young, reclusive and poor.  In hindsight and after many years of life experience (including having 4 sons), I regret that we didn't spend more time with his family.  We stayed up late, slept in, and generally were very annoying to live with.

That's right, we stayed up late partying baby!  Oh wait, wrong couple.  That scene is so far removed from our personalities it really is pretty funny. 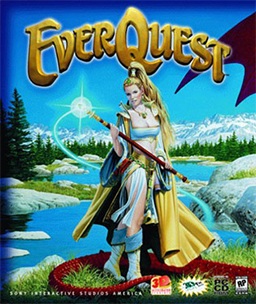 No, we stayed up late playing a MMORPG, or Massively Multiplayer Online Role Playing Game.   It was called EverQuest (EQ), it was addictive, and we were certainly addicted.  We were part of a guild (Promethian Order), which is a large group of people that regularly play together and go on what is called a 'raid'.  These raids can last for up to 12 hours!  Basically the only time you leave the computer is for food, which you then eat at your desk, or for a bio break as toilet breaks were comically called.

EverQuest was for gamers, and honestly if you wanted to really embrace the game in it's entirety, not even for the casual gamer.  It was not a walk in the park, it was a hard (but fun) slog, which meant you felt a real sense of achievement when you reached milestones or got that awesome rare item.

We spent countless hours killing the same monsters (mobs) again and again in order to level up to the maximum level of 60. Coder reminded me that he spent all night leveling both of our characters from 59 to 60, killing spiders, over and over again (I may or may not have been sleeping..)

My character was a Dwarven Cleric called Soph. Healers were extremely important in EQ -- if there wasn't several well equipped (and capable) guild healers online, a raid would just not go ahead. Coder was called Stompfoot, an ogre Shadow Knight. We can still vividly hear the screeching noise those spiders made as you fought them, over and over and over again.

One major achievement in EQ was to quest for your epic weapon through a series of ridiculously difficult sub quests and obtaining obscenely rare items from very elusive powerful boss mobs. There was no way to do this without a guild to help you out and it usually required a full raid for the most difficult part of the quest series.

If you had your epic weapon, it was certainly a major status symbol, because everyone in the game knew what a hard slog it was to get.  I had my epic weapon, the Water Sprinkler of Nem Ankh, it was awesome!  I was also lucky enough to have The Brain of Cazic Thule in the early years.

No Drop meant that it could not be traded to other players.

One of the most difficult parts of my quest was to kill a rare dragon called Ragefire.  Unfortunately the Ragefire dragon only respawns every few days and the timer that triggers its re-appearance is re-started when the EverQuest servers are taken offline for maintenance. You had no way of knowing just when he would pop into the game.

Basically, you or some nice guild members would 'camp' his spawn point.  Camping is where you leave a character constantly in one area in order to be the first to kill the particular mob in question.  Once confirmation of his appearance was made the call when out to the guild, they would rally within minutes to your location to kill the rare dragon before another guild bet you to it. 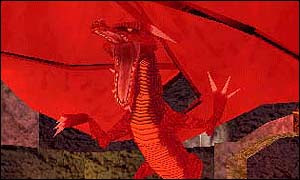 It was just that competitive, guilds would try to kill-steal each other (do more damage to the mob to get credit for the kill).  In later years, there was actually a waiting list for clerics to be able to have a fair shot at killing Ragefire, this may still take you months.

Back in the EverQuest days when your character 'died' in the game, you had to find the spot where you died in order to retrieve -all- of your belongings.  This was an incredibly stressful part of the game, as often you would (obviously) die in a really difficult area with high level mobs.  In some cases just doing a 'corpse run' could take you hours and involve many other people.  Most people won't even understand what all of the fuss is about, losing your digital items, who cares?  Gamers will understand. 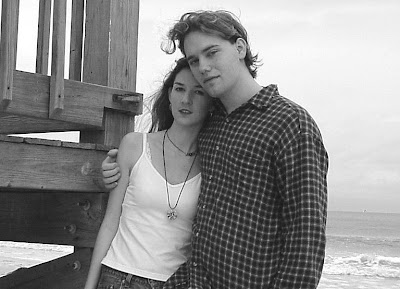 We didn't have many responsibilities back then and we totally immersed ourselves in the fantasy world.  More so me.  Coder saw what was happening, and he stopped playing long before me.  But I was caught up in it all, the constant need to get that next level, kill that boss dragon, get that epic weapon.  We had some really good online friends, we even went on to meet a couple of them in person.

EverCrack as it was so aptly referred to in later months, was released in 1999.  No one knew then, but it was destined to take over the gaming world, and most importantly set the scene for -many- MMORPGs to follow!  But it had me at "gorgeous fantasy girl on the box".  It also filled a void, I was home sick and it really took my mind off of how much I was missing my family in Australia.

So as our (my) interest in EverQuest waned, along came MMORPG after MMORPG to fill that void.  I have dabbled in, Age of Conan, Aion, Anarchy Online, Asheron's Call,  Dark Age of Camelot, Diablo, Earth and Beyond, EverQuest I and II, Final Fantasy, Free Realms, Guild Wars (all), LOTRO, Ragnarok Online, Rift, Second Life, Star Wars Galaxies, World of Warcraft and every one of it's expansions.

But as far as the most time wasted, the two standouts would be EverQuest and World of Warcraft (WoW).  But that's is enough for now, plus, WoW requires it's own blog post.

If you have enjoyed reading and/or my photos, please head over and like my Facebook page.  And follow along at Twitter.  That would just be awesome as have been feeling a little unloved lately.. you will see why when you see how few likers I have!
Posted by Unknown at 19:55