I have been meaning to write this post for months now.  It's something I feel really strongly about, so I wanted to share in the hopes it might raise awareness in Australia.

In a nutshell, it's all about keeping children rear facing in car seats for as long as possible, ideally 4 years old.  Most of you will baulk at this I am sure, it's not very well known that this is even possible.  It's not only possible, it saves lives!

Don't rush into changing your child's seat to the forward facing position just because it's exciting that your baby has reached another milestone.  At least consider that there are alternatives, and do some research to know all the facts.  You don't necessarily need to get a new seat (the birth to 18kg for example are great for this) to keep babies rear facing until 12 months, most will still fit easily, even up to age 2.  Even if they have their legs crossed a little, it is a small price to pay if it can keep them safer.

Rear-facing in the car is far safer than forward-facing for kids under the age of 4 who have heavy heads that are large in proportion to their bodies. When a young child is sitting forward-facing in a collision, their head is thrown violently forward upon impact, putting all the force of the crash onto their delicate neck and spine, which is still under-developed, putting them at risk of spinal injuries. Rear-facing protects young children from spinal injuries because the back of the seat takes up the force of the crash, and their head is NOT thrown forward. Their head, neck and spine are kept perfectly aligned, making rear-facing a much gentler way for a young child to ride down a collision.
Please watch this You Tube video from BeSafe

When you are struck in a rear impact, the vehicles involved are traveling in the same direction, and the vehicle that is hit in the back has room to move forward. The crash force on the occupants is much less than in a﻿ frontal impact. The movement of the impacted vehicle, in addition to the crush zone, absorbs a lot of the crash energy, so it is not transferred to the child. Additionally, the majority of rear impacts are at low speeds.

I spent alot of time reading information, including testimonials and news stories at www.carseat.se. It's a Swedish initiative that began in 1965, they have been saving lives ever since.  I found their customer service was extremely helpful, they are very passionate about what they are trying achieve.


I honestly don't understand why Australia (and other countries) have not adopted this, why has it taken almost 50 years for us to even consider making radical changes to the carseat laws?  Aren't our kids worth it?

I feel let down by my Country in that respect, I didn't know there was a better option, I had to find the information for myself.  And then import an Extended Rear Facing (ERF) Carseat from Sweden to use for our youngest son.  He was 2 in September, he will be using his ERF seat until he is 4. 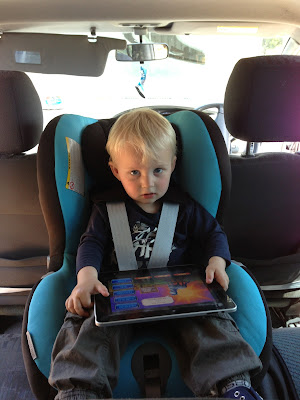 As the Law currently stands, it is only required to keep a baby rear facing until 6 months of age.

I understand that there is currently plans to change the 6 months law to 12 months.  Yet still I find this inadequate.  There is not enough information floating around Australia on rear facing, and in particular Extended Rear Facing, for parents to be able to make an educated decision on the best carseat for their child(ren). There is also no option to purchase the ERF carseats in Australia (yet).

Something interesting:
Australia has the highest standards of crash-testing child-restraints in the world, yet we have the earliest age of forward-facing our babies in the developed world at just 6 months of age. In the U.S. experts recommend babies remain rear-facing until age 2. In Sweden, children are kept rear-facing until age 4. Seats that can accommodate larger children rear-facing are readily available overseas.

(It's actually not even the Law in Europe to keep them rear facing, but Sweden in particular have just made sure that it is common knowledge that it is safer and has made carseats readily available so it's just the norm over there)


So it's time the law changed! And it's time for more education in Australia regarding the issue. More information and a petition can be found at Rear-Facing Down Under on Facebook. I believe the blogging community could have alot of influence into the distribution of information. Please share!


Australian child restraint manufacturers now recommend keeping babies rear-facing until 12 months of age. They have recognised the need for larger rear-facing child-restraints that can accommodate older babies and toddlers rear-facing. A recent draft of the Australian Child Restraint Standard has included new categories of child-restraints which will enable children to remain rear-facing for longer. This new Standard will come into effect in 2013. It is now time for the National Child Restraint Laws to reflect these changes and come into line with the new seats and technology that will be available to keep our children safer than ever before.

Lastly I will leave you with some more photos of Pichu in his ERF seat that we installed recently after he outgrew his previous rear facing seat. 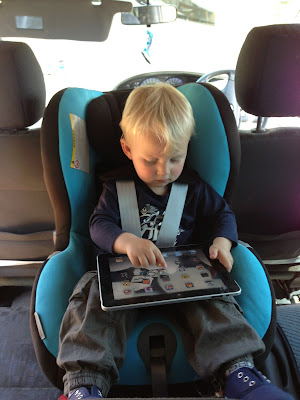 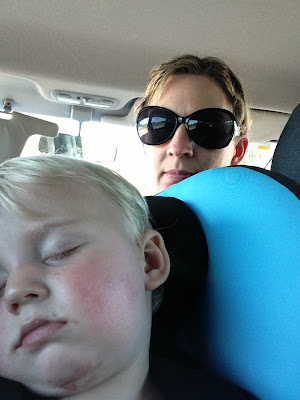 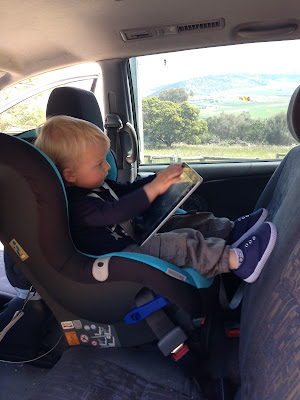 It looks like his feet are touching, they actually aren't.  Also, it can be moved back more aswell.
He is now 26 months old.

If you have enjoyed reading this and/or my photos, please subscribe via email at the top right of the page.  Then head over and like my Facebook page.  And then... follow along at Twitter too!  If you do all of this you will get a lollipop*.

*no actual lollipops will be distributed.