My Grandpa served in World War II, he was posted in New Guinea and spent 4 years overseas with the 151 Australian General Transport Company.

One of their tasks was to cut and lay a road through thick jungle near Lae, they named it the Mad Mile. 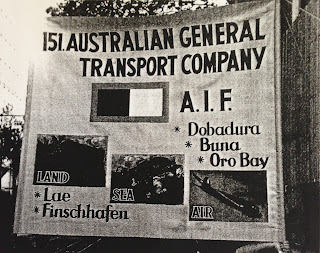 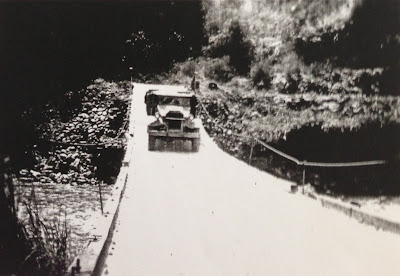 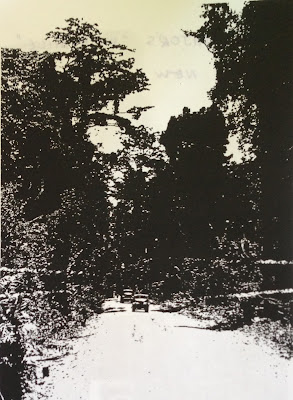 While he was overseas, my Grandma, like thousands of other women stayed behind, to hold the household together and raise the children.  Not to mention the worrying, there so much worrying.

My Grandpa, who was a great man, passed away 23 years ago.   On Anzac Day we remember his, and all of the other serviceman's (and their families) sacrifices.  And this year, as we are in Broken Hill, Legoman was able to participate in the March with his Cousins' school.  Their school marches every year, and my Nieces and Nephews have taken turns wearing Grandpas medals.  This year the School graciously let Legoman be an honourary student for the morning, marching along side them, wearing their colours.

He was also wearing Grandpa's medals.   They are just copies, as the real medals are with my Uncle.  Which was lucky as one of the medals fell off the night before the March and had to be taped on.

Legoman was nervous the morning of the march, not knowing what to expect.  He didn't want to do it anymore, the fear of the unknown.  My sister found last years photos and showed him so he had an idea of what would happen.  He then seemed happy enough to carry on with the show.

So 14 of us headed down to the March. 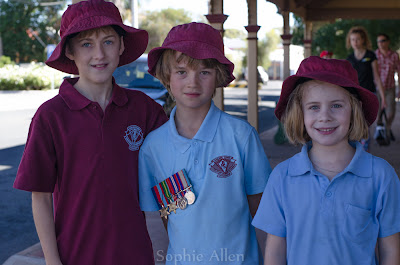 Legoman in the middle of 2 of his cousins. 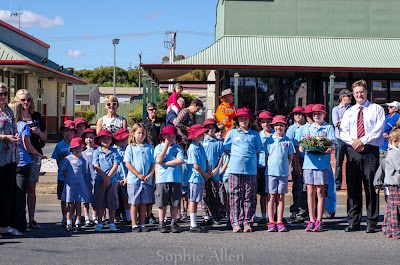 The School group waiting for the march to start. 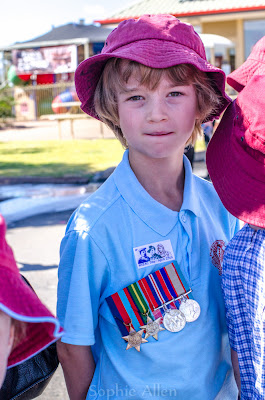 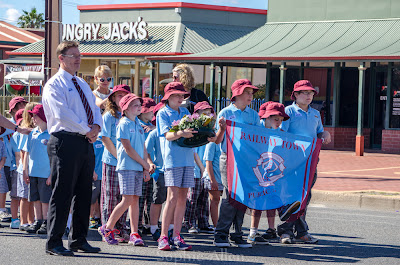 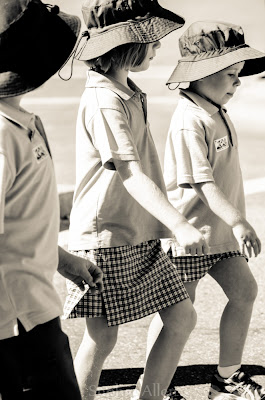 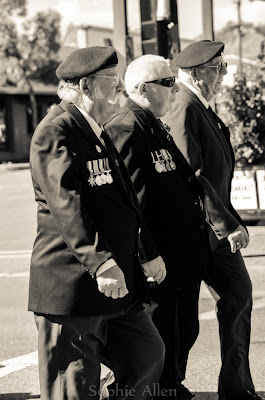 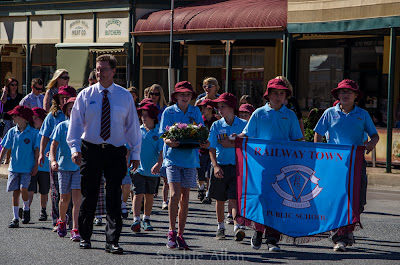 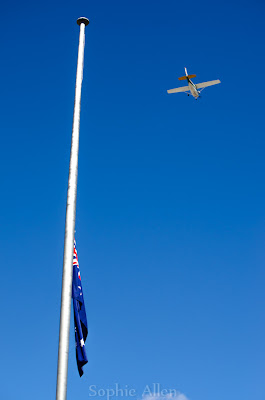 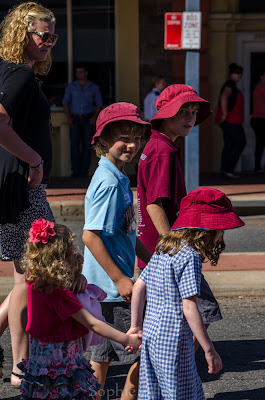 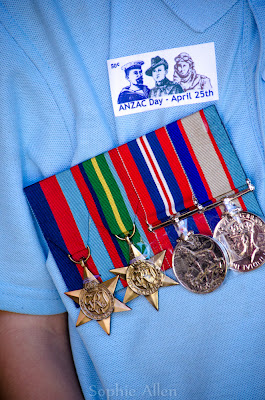 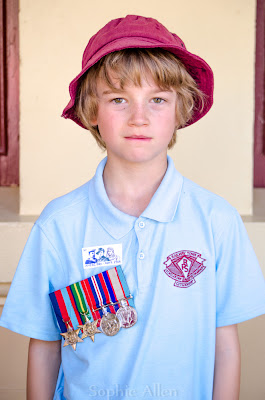 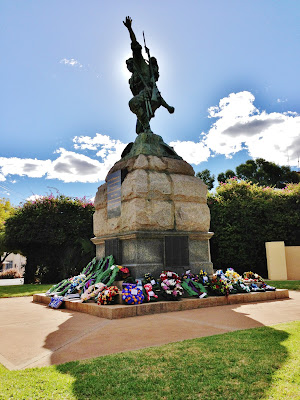 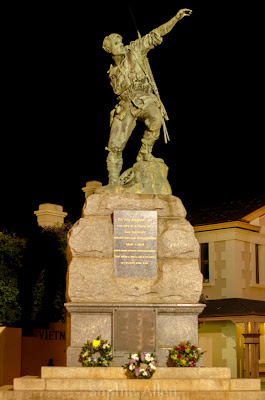 
Below is the story of the 151 as written by one of the soldiers. 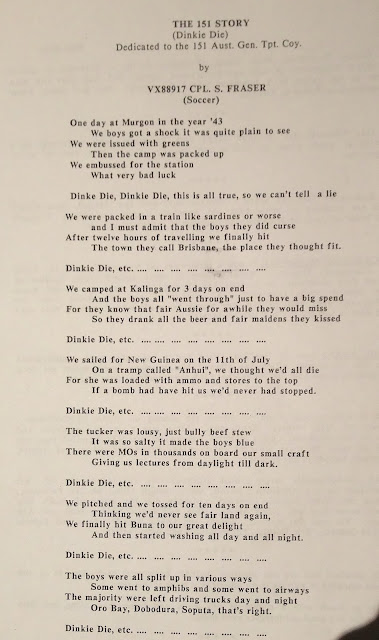 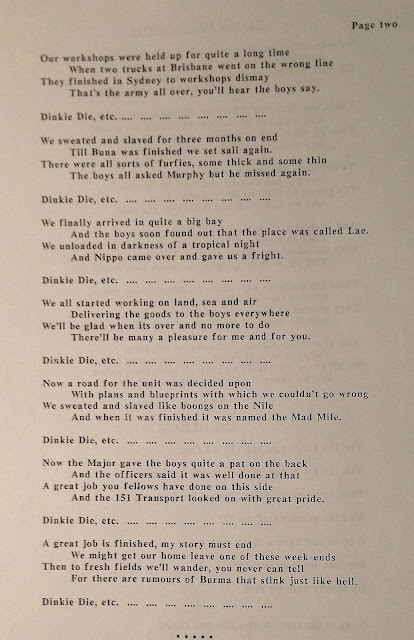 Come visit my first ever Photography linkup!  Read about it here.