Well a mother can dream can't she?  And that is exactly where my mind started running on Monday just moments after Legoman placed in all of his races at the school swimming carnival.

First in Backstroke
Second in Freestyle
First in Aquatic Underarm


Now we wait to hear if he has made the swimming team for the inter school swimming carnival.  Even though he won a race, his heat (I think there was 4 Grade 3 boys heats) may have been super slow compared to another heat.  So they will pick the team going by times.

Only Grades 3-6 compete in our School swimming carnival, so this was his first year attending.

We knew he could swim but we had no gauge as to how well he swam.  I also didn't actually know he could swim 25m backstroke without stopping, last term he still hadn't checked off that box at swimming lessons.

He was so incredibly overjoyed at his success, as was I.  He said he could hear me cheering him on during the last few metres.  Yes that possibly was me.. with camera in hand, walking those last few strokes with him, with the rest of the world out of focus, there was just Legoman and that fast approaching wall.  Not to mention my third eye and waiting octopus arms, trying to keep an eye on Pichu, as I knew he was walking around behind me at pools edge.

He now has a new focus.  He really wants to be a swimmer. I think he can do it, I think he has the build for it, and he has an absolute love of water.

So we will be looking to get him into the Squad training as soon as he passes his current level, which will hopefully be this year. 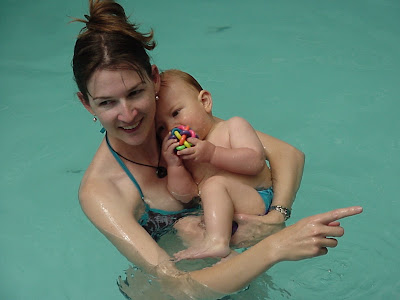 Perhaps the early start helped? Swimming lessons with Legoman at around 6 months. 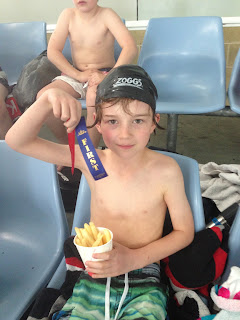 With his first 2 races out of the way he had earned some hot chippies. 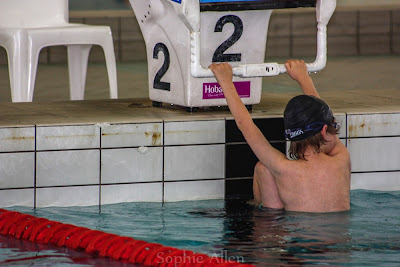 Getting ready for Backstroke. 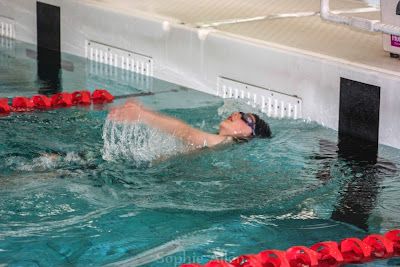 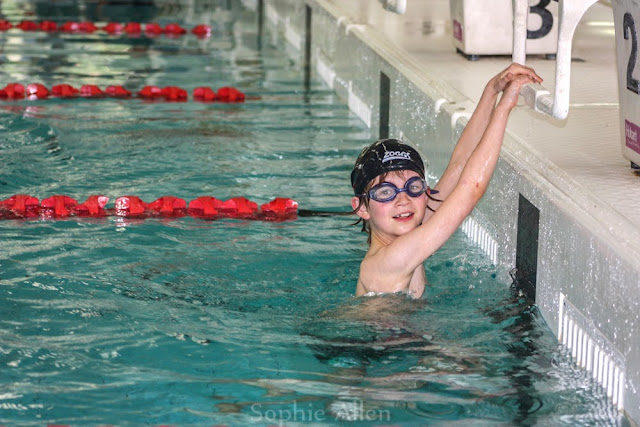 That winning grin says so much. 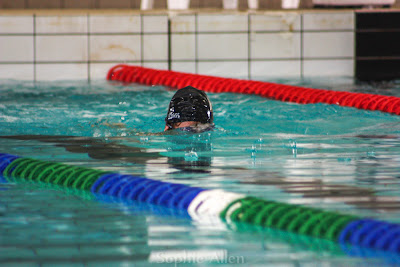 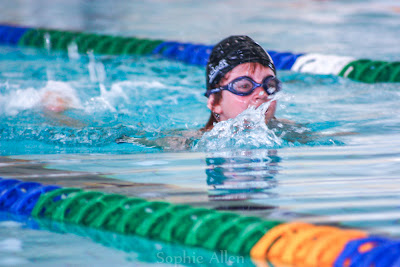 I was so proud of him.  And also so excited for him because I knew how much he wanted this.  He has never placed in the School athletics carnival, or Cross Country, so this was a first for both of us.

I was also so proud of the School as a group, they were so encouraging to those swimmers who struggled, they cheered them on and clapped when they finally reached the wall.

So here's hoping we get some good news next week, cross some fingers for us?

I am linking up with Essentially Jess for IBOT (I blog on Tuesdays, and sometimes a day late!).