I knew the day was creeping up, I tried to push it from my mind.  We enjoyed our holidays, without much of a thought for what was going to unfold.  I reflected sometimes, looking at him, so little, ready for school?  Hardly!  Surely?

Perhaps it was just me not ready.  Perhaps I was just worried because he is so little, not seemingly emotionally or socially ready for Kinder. I mean, he still screeches like a possessed banshee when things do not go his way.  Yes he is getting better, but very marginally.  He spent some time on the floor sulking about this or that during some of our Pre-Kinder sessions last year.  I hoped this was not a reflection of what was to come, well I hoped for the Teacher's sake, and the delicate ear drums of his peers.

When asked, he would shrug off comments of starting school, to him it seemed like it was all talk and never going to happen.

Fortunate for us, we have 3 in-house school experts, eager to offer suggestions and recommendations.  For example, it's probably not a good idea to use the words "poo" or "butt", and certainly not together; "poo-butt" as he fondly, and repeatedly, called everyone at home.

They also explained all the wonders of the playground, sandpit, swings and bikes.  He may even get to see them at recess or lunch! But in actuality they stagger the Kinder playtime so they are not in the playground with the big kids. Not a bubble I was going to burst!  He just "might" see them sometimes.

During this time, he still has his finger bandaged up and has needed to have it re-dressed.  Then on Tuesday last week he had the pin removed, just yanked out with pliers.  It was over in a few seconds, but very stressful for him nonetheless.   So with the anxiety of treatments on his finger, and starting school, he developed a slight stutter.  It only appears when he is feeling anxious, and he will be assessed through school.   We will spend a day on the beach, and not a single stutter, yet when I mentioned his upcoming Dr appointment, he stuttered immediately.  Poor little guy.

The night before his first day, upon the realisation that I would not be with him like I was at Pre-Kinder, there were tears, and a near total meltdown.  Luckily I had an expert on the top bunk to quickly make light of the situation and distract him.

So he did start school, and did so marvelously I might add! He goes 2 and a half days a week, and so far we have had no more tears.  Me or him! 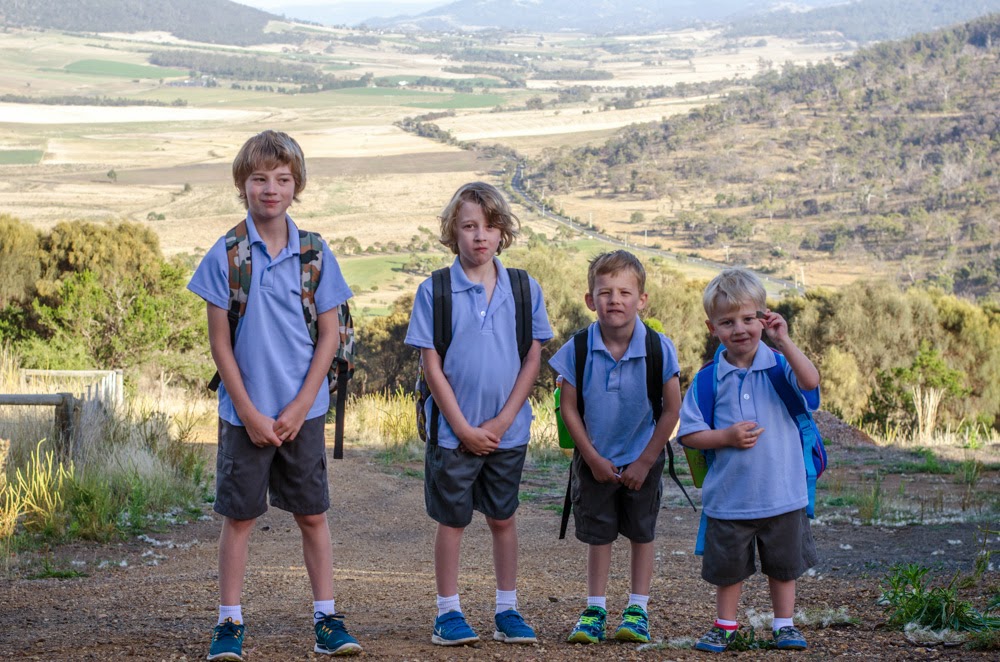 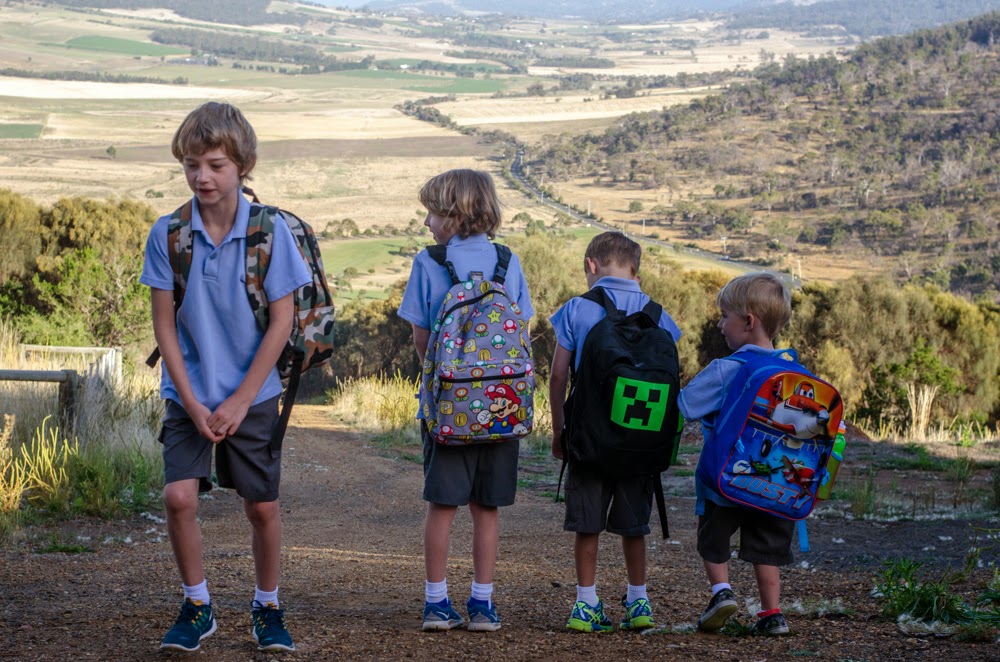 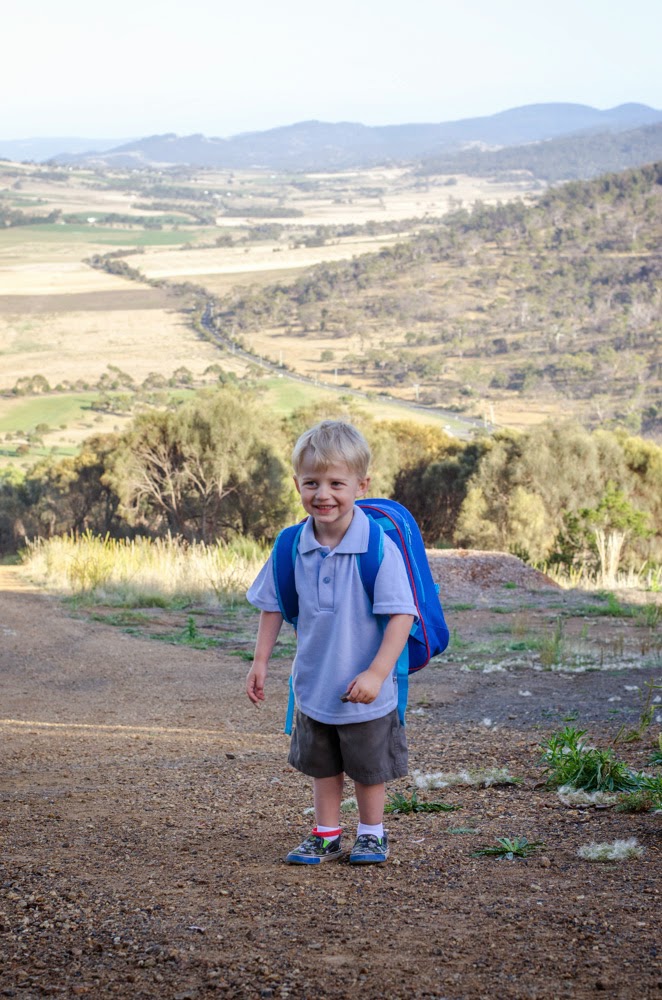 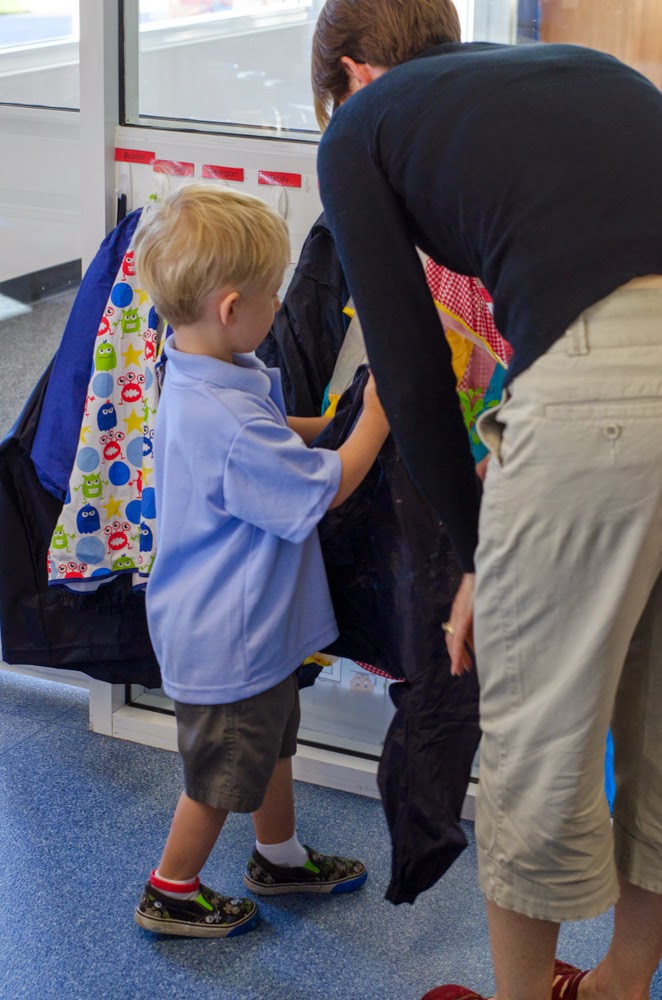 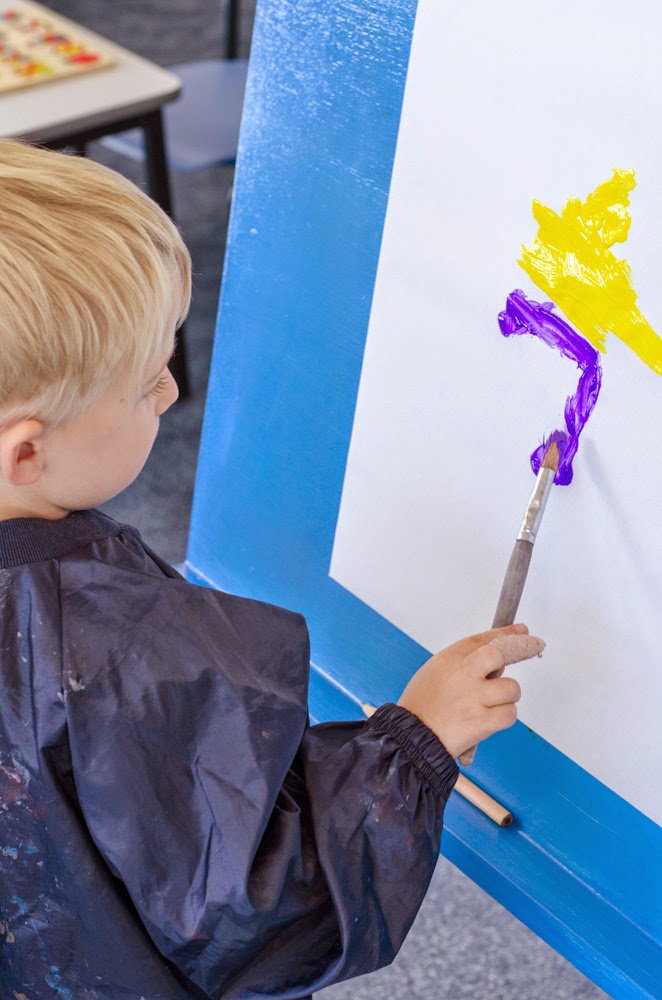 Hanging up his smock and painting Mummy. 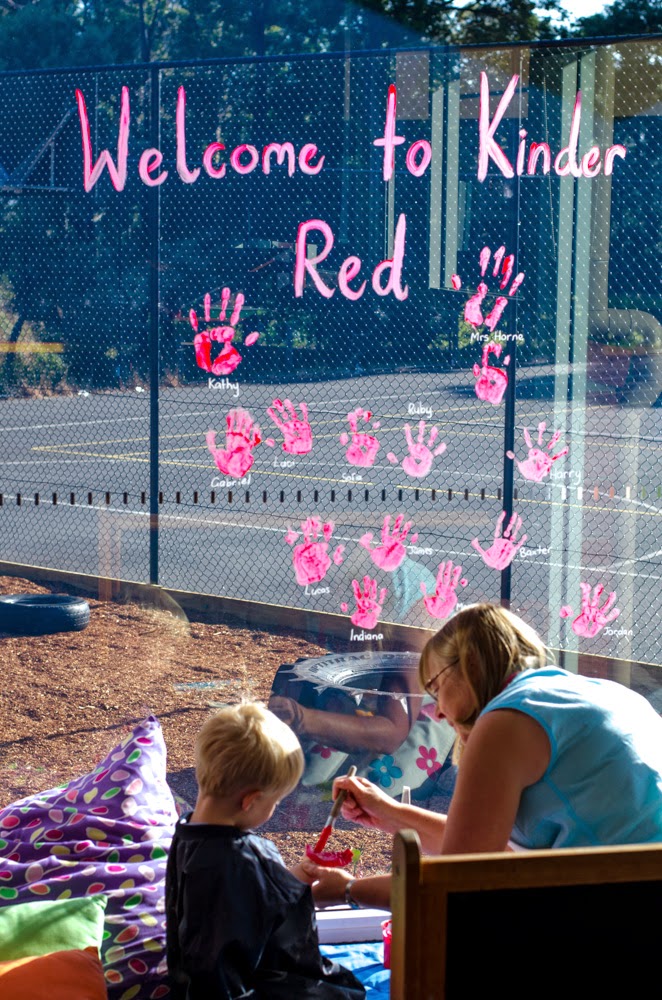 Cute idea to paint their little hands and put it on the window.  He ran with the idea and stamped his hand an additional 3 times before we could stop him.
Posted by Unknown at 12:37