And so the Birthday celebrations continued on from Wednesday...  On the morning of his Birthday, his brothers, who were clearly more excited then he was, happily 'helped' Pichu open his presents.  Then they happily played with them for half of the morning, and unhappily for the other half of the morning, fighting over who had too many 'water' pieces and receiving lectures on the importance of taking turns.  After much bickering, a slammed door and a room sulk they produced this: 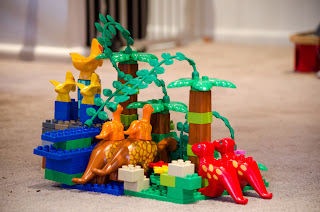 Duplo Dinosaur land, where it seems there is a common theme.  Twins. 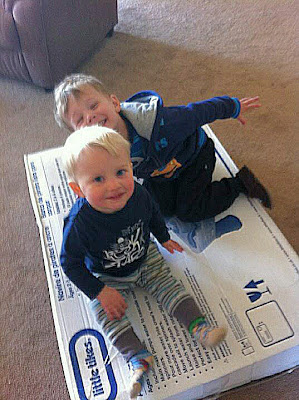 I -cannot- believe you got me a BOX!  Best. Present. Ever! 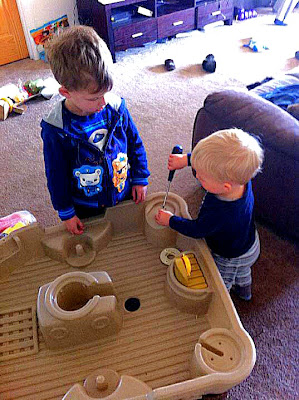 Stand back, i've got this. 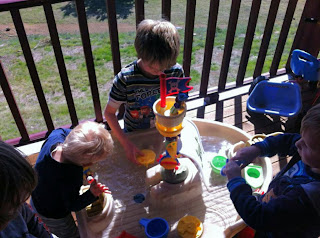 The day I went to Melbourne for Nikon School it was sunny and warm (enough) back in Hobart for the boys to play with Pichi's new toy. Only requiring one complete wardrobe change for each boy. 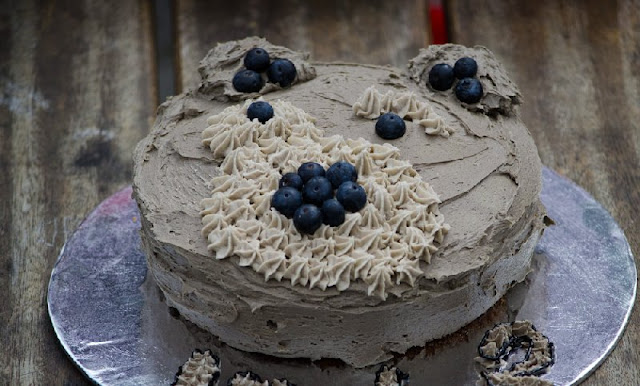 Pichu loves blueberries, so they made the perfect 'black' for the cake.


The cake was delicious if I do say so myself.  It was a very yummy butter cake recipe I found on taste.com.au, complete with butter icing and a complimentary cholesterol test afterwards. 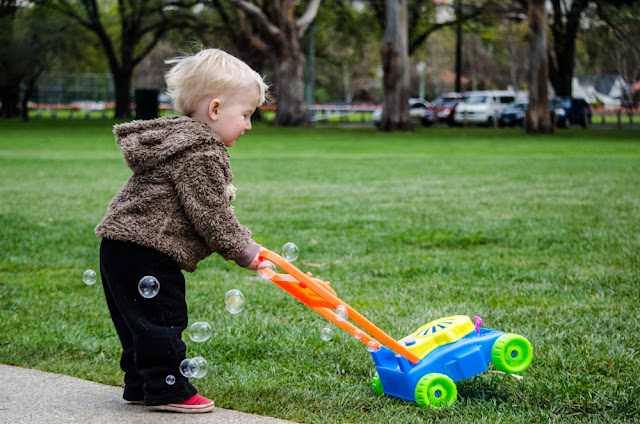 Bubble mower was certainly up there with the box on the present scale. 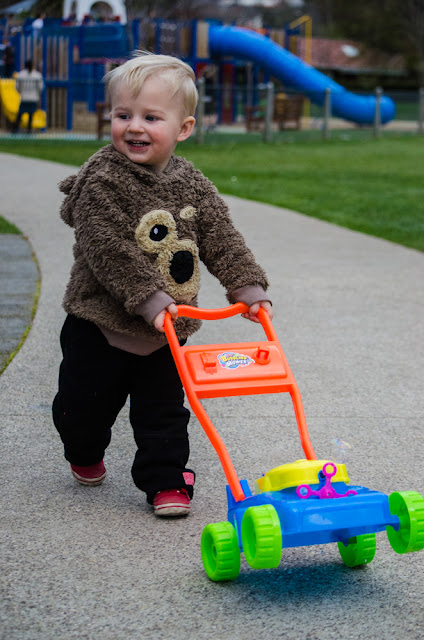 Cutest jumper that ever was on the cutest 2 yr old that ever was.  I am not even being bias because I am sure we have a T-shirt that confirms this. 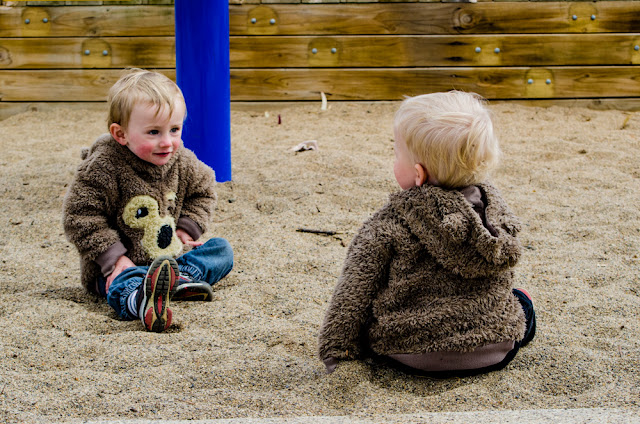 Someone get that mirror out of my shot please!  Pichu sits happily -insert laughter here- with his best buddy who conveniently doubles as his arch nemesis.  An awkward 5 second truce is established as I take the photo. 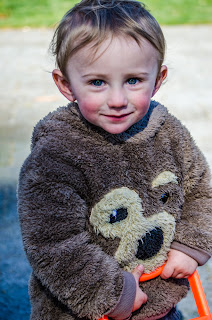 Cutest 23 month old ever. Both boys clearly fans of Little Charley Bear.  This cheeky smirk is brought to you by "bubble mower stealing maneuver alpha".