The ever smelly escapades of Elsie. 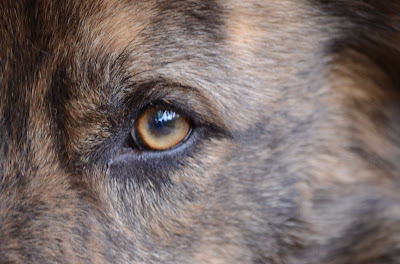 Elsie is our dog.

She is a Belgium Shepherd cross with a Border Collie.  So basically she likes to 'herd' things, which I have witnessed her do.  Unfortunately it was with the boys.  Now silly Elsie, if herding them actually worked I would have adopted that tactic years ago!  No, it doesn't work.  All they will do is stand still and let out a blood curdling scream until an adult comes to the rescue.  We then have to 'rescue' the children as Elsie flops herself around like a 2 month old puppy waiting for someone to play, or move (so she can herd them all over again).  She is the biggest teddy bear of a dog you'd ever meet.  But she does look like she is part wolf and is scary when she runs at you at full speed, hence the screaming children. 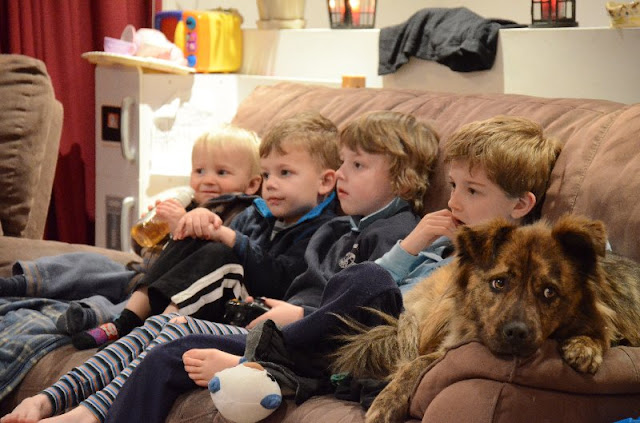 See how threatening she is? Here she is looking at Coder, hoping he won't notice, because she is actually not allowed on the lounge chair! (and apparently not a fan of The Octonauts!)

She has discovered however that it is just not the children that do not respond well to 'herding'.  The chickens it seems have a strong aversion to it, yet oblivious to this Elsie will still try time and time again.  Though in regard to the chickens I use the term herding very loosely as it does actually resemble 'I'm trying to eat you' a little more then herding. Lucky for us, well the chickens, she is not as smart as she should be (Border Collie must not be the dominant side of her), and the chickens (yes chickens!) can easily outsmart her.  That is most likely due to the fact that they are often preyed upon by the resident family of Brown Goshawks.  Being brilliant at escaping they have learned all the secret hiding places and tricks to avoid becoming dinner.

We only let Elsie run free when the chickens have gone inside the coup for the night.  But there has just been a couple of times where some stragglers have decided to have a late night.

While on the subject of herding, we have a herd of sheep that roam around in the nearby paddocks.  In recent weeks Elsie has somehow managed to find a several month old dead sheep carcass, and having labelled it in her mind as a  super treasure has brought it back down to the house over several expeditions.  She seemed to leave just enough time for the previous 'treasure' smell to dissipate, and for us to gather up our queasy stomachs and clean the mess up before she would do it all over again, and again.

And it's not like we have never seen a half rotted carcass at our back door before, no no no.. we are quite blase about the whole thing now.  She just has a nose for hunting out dead things, and likes to share!  Coder would usually just scoop whatever it was up on a shovel to take it off yonder, in hopes of hiding it, but she always manages to find it again.  So now we have a very stinky wheelie bin some weeks!

But this sheep, well it was just much smellier!  More rotten perhaps? Or less?  I am no expert on dead animals (thank goodness).  The smell just slaps you in the face and almost knocks you over.

About a week ago now was the worse 'treasure' to date.  The skull.  Naturally I could not resist taking a photo of it. 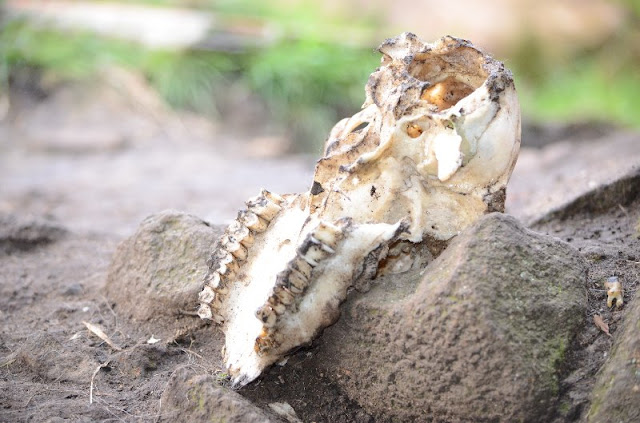 Elsie has had another bath, and we -hope- she doesn't have any more rotten sheep parts hidden up on the back hill. (edit: she did... :(  ) 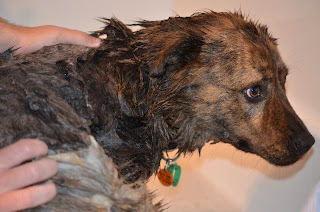 She doesn't like the bath, but has an uneasy acceptance that it must be done if she is ever to have human contact again. 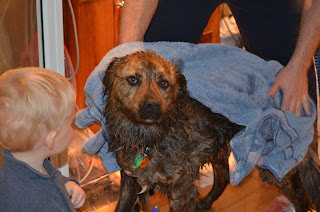 She has also gotten into the shed and dragged garbage bags out and made a big mess for us to clean up on a cold windy day.  Smelly fermenting scraps and goodness knows what else were all blowing up the hill and getting tangled on stumps and barbed wire.  Not impressed.

That was the same day I backed over a garbage bag at the back of the car that was awaiting a trip down to the wheelie bin, naturally it was the one with the glass prune juice bottle in it.  And on that same fateful day, a grocery bag fell out of the car at school and the 3 litre milk split and was gushing milk. 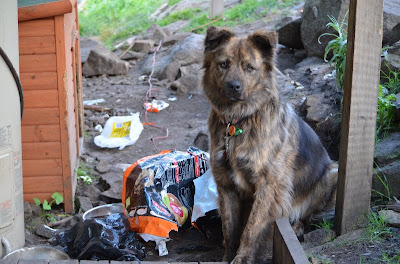 I blamed Elsie for that sequence of events because it all started with the garbage bag she mauled.

In a way, I suppose she is a guard dog.  A run away, hide and bark kind of guard dog.  People that come to the house have knocked on the window rather then the door because Elsie is intimidating them.  Little do they know, they have probably just saved themselves from passing out from the terrible Eau de Parfum Elsie!
Posted by Unknown at 09:33