A few weeks ago we took the boys to Mt Field National Park, to have some snow fun. After the snow we decided to do the short Russell Falls walk, which is only a 20 minute return trip.  Yes, 20 minutes, well that was a fair exaggeration for our circumstances. Not only did we have a stubborn toddler who randomnly refused to walk, or then ran ahead when you least expect it, and whilst I am juggling camera bag plus tripod I try and wrangle him under my 3rd arm.  Lucky I had a super helpful 7 year old who offered to carry the tripod because the 9 year old was certainly not in a cooperative mood.

Where was Coder? Oh yes.. well we also had a toilet emergency, Oshawott naturally needed to use some kind of plumbed facility, and there was a mad "10 minute" dash back to civilisation.  Funnily enough the need soon departed and that was a failed trip anyway!

Legoman was in a sulky mood, and when I failed to apparently 'care' that he had gone ahead (as I  obviously did when the 2 year old did the same thing) that mood just became unbearable.

I tried, seemingly in vein to practice with my new flash taking portraits of them.  Pichu just wasn't having a bar of it, Legoman was ok until the -you don't love me- walking ahead incident. 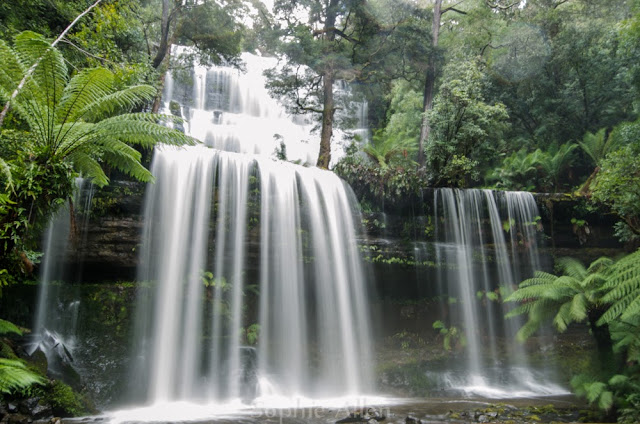 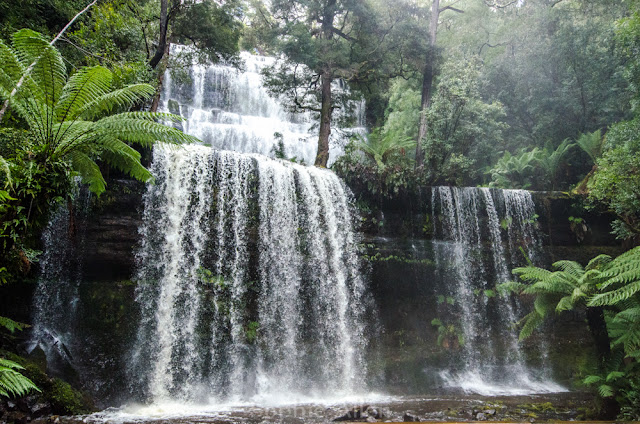 Before most of this chaos I had spent a few minutes taking varying shutter speed photos of the waterfall. 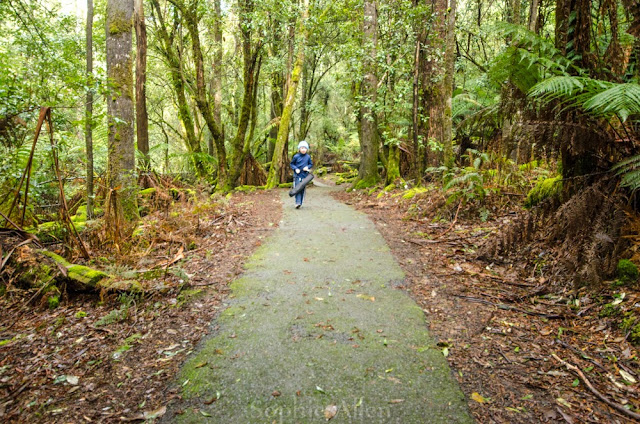 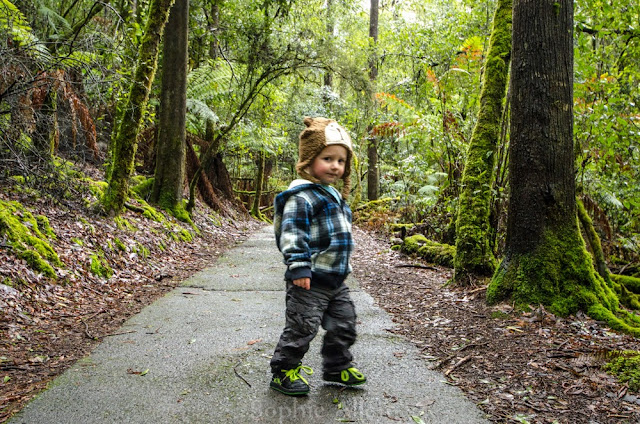 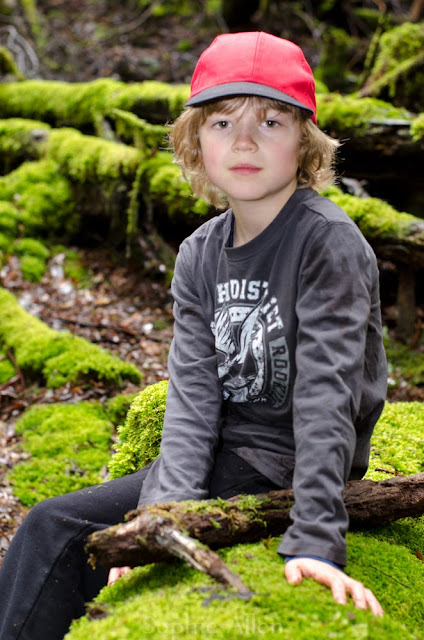 Legoman found a weapon, he was temporarily happy. 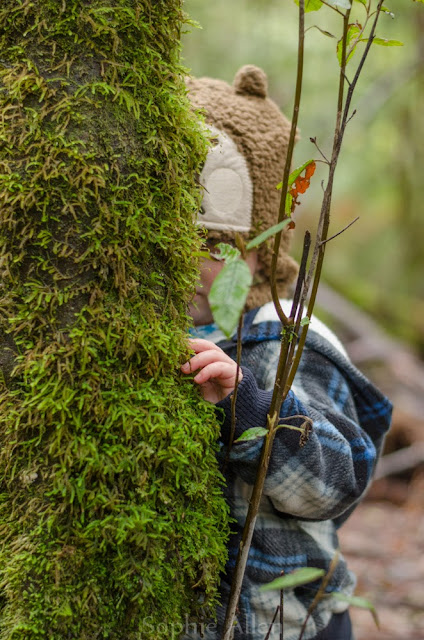 Hiding from the camera. 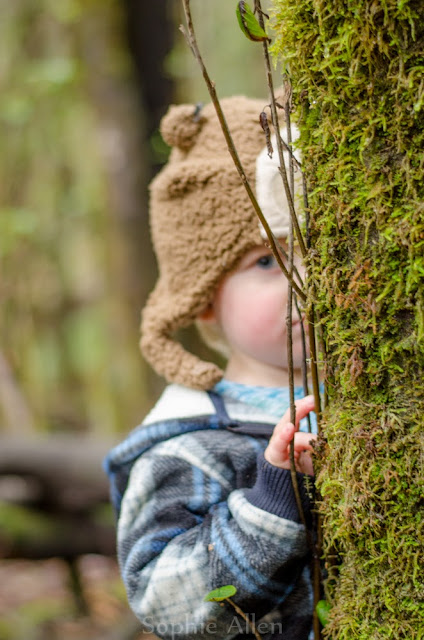 Checking to see if I was still there.  Who is more stubborn? 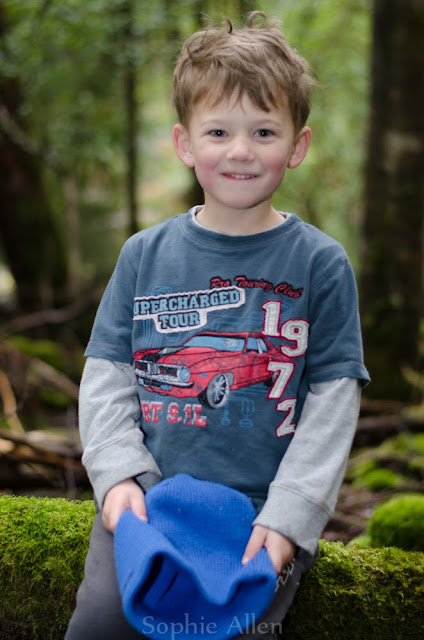 This one has cheeky monkey written all over his face. 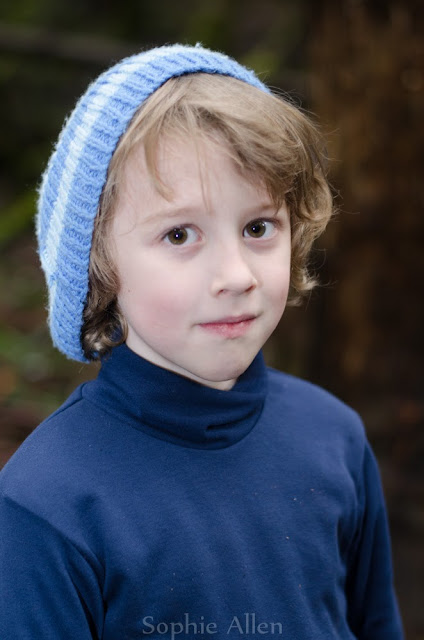 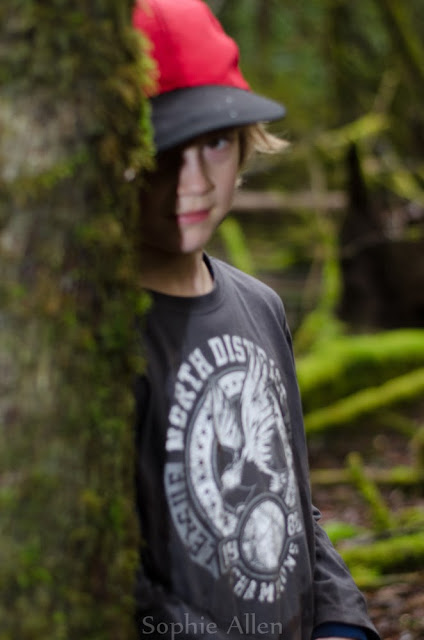 Out of focus sulky photo.