The Camo Cake - plus a milestone.

Valentines day, 10 yeas ago, Coder and I began our parenting adventure into craziness.  It was a scorcher of a day in Broken Hill (it was 43 and humid!), so actually the best place to be was in the air conditioned comfort of the Maternity Ward.  To bad for me there was to be much DIS-comfort before the comfort could begin.  But you can read about all that shenanigans here if you so wish.

A decade later and we find ourselves with a 10 year old!

Lately he has been slightly obsessed with all things camouflage, which helped with picking out a few of his presents.  Among a few other bits and bobs he also got camo clothes, camo hat, camo iPad cover, and some collectable army tanks thrown in for good measure.

On his Birthday we thought embarrassing him at Hog's Breath was a novel idea, I think he was secretly chuffed. 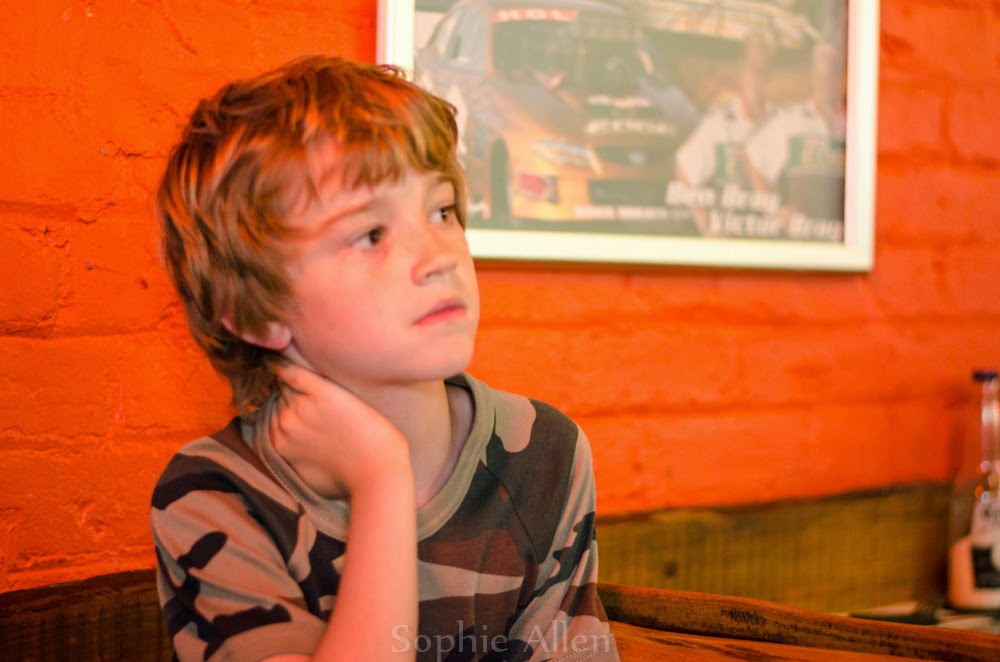 Watching the extreme sports on the TV while we wait. 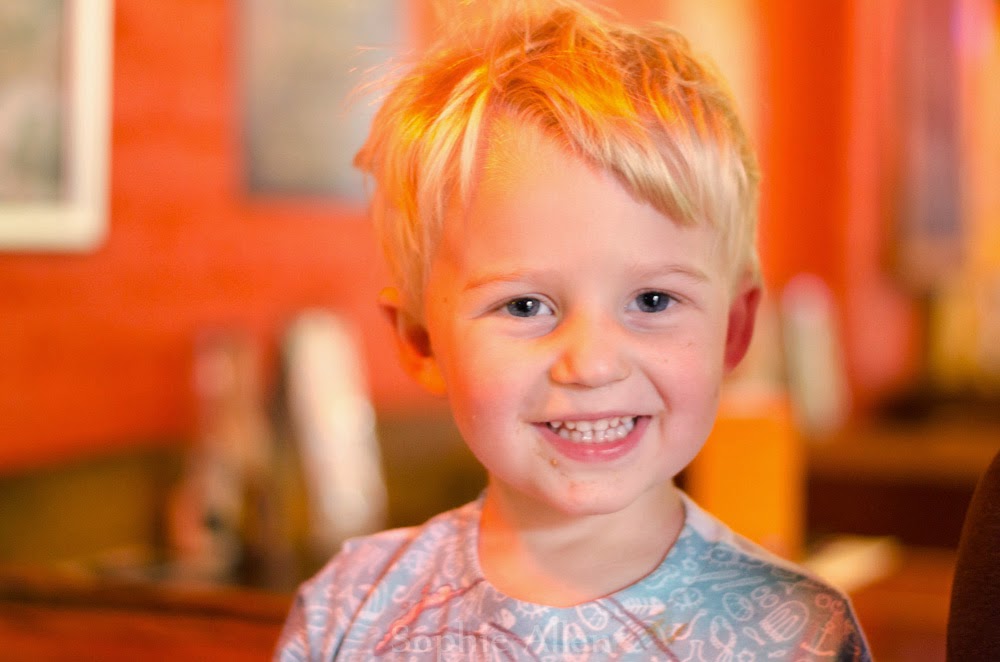 Pichu loves Hog's Breath!  Well, he loves their cheese sticks.  Clearly his American side showing through. 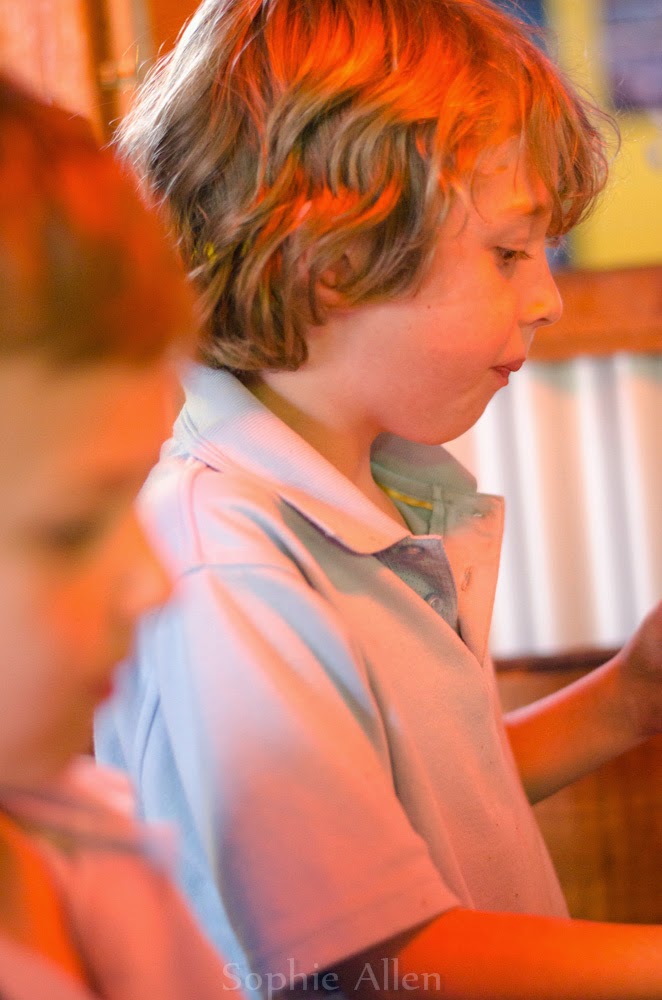 Just to prove the middle boys were there, but sitting right next to me meant they escaped most photos. Legoman is very good at distracting sooky brothers and cheering them up. 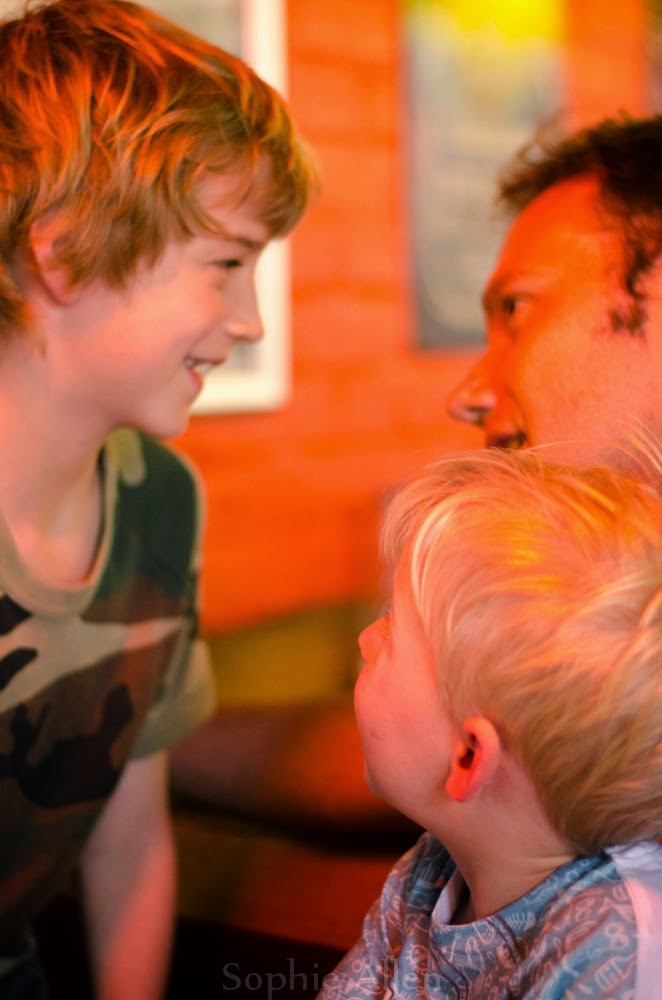 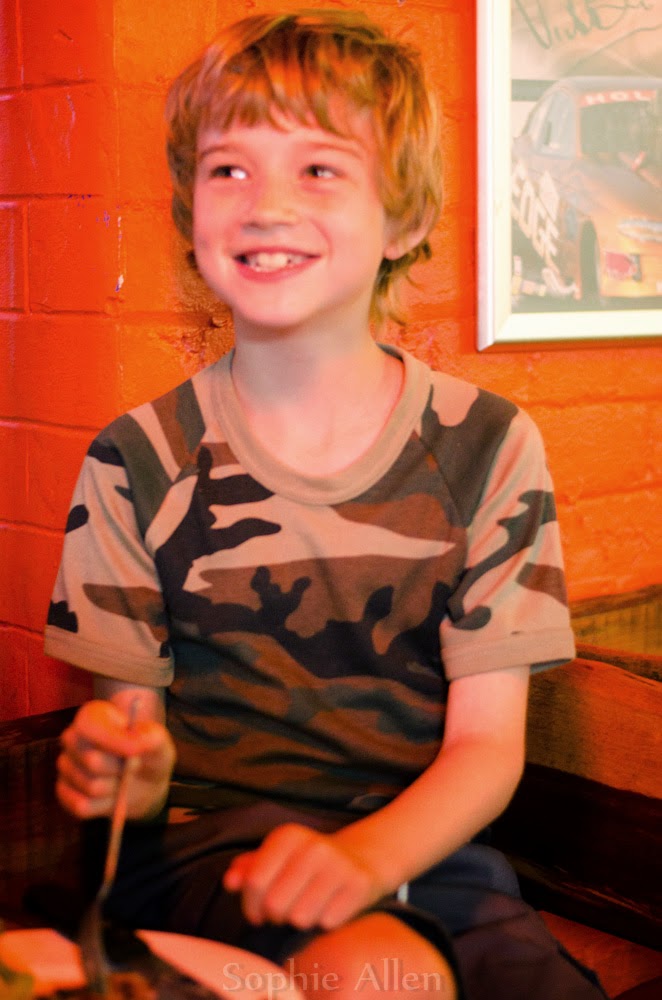 He sees the Hog's staff, singing merrily as they come! 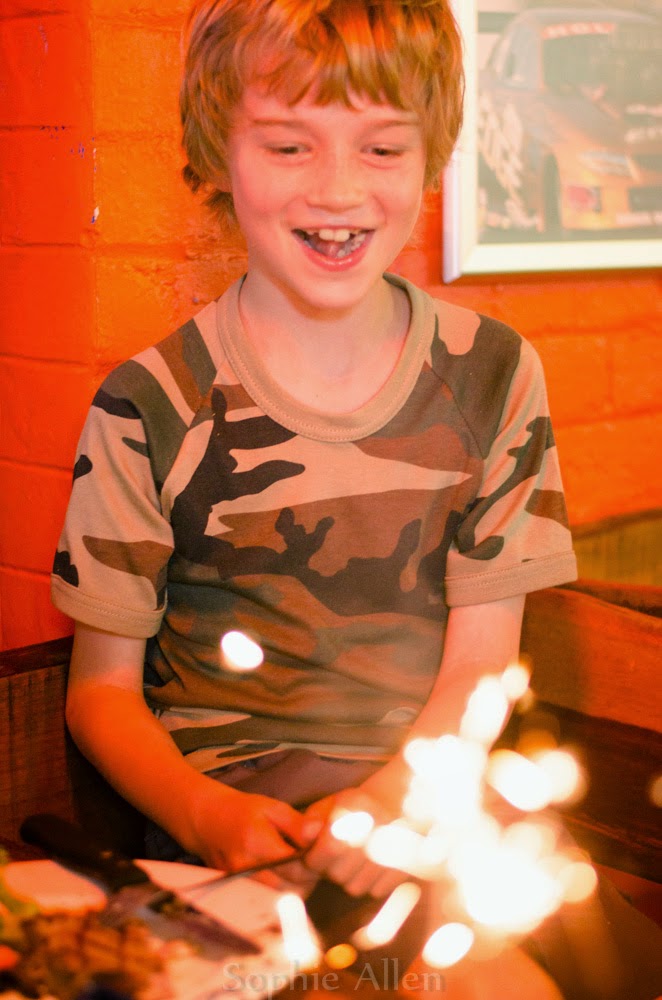 See? He loves it. 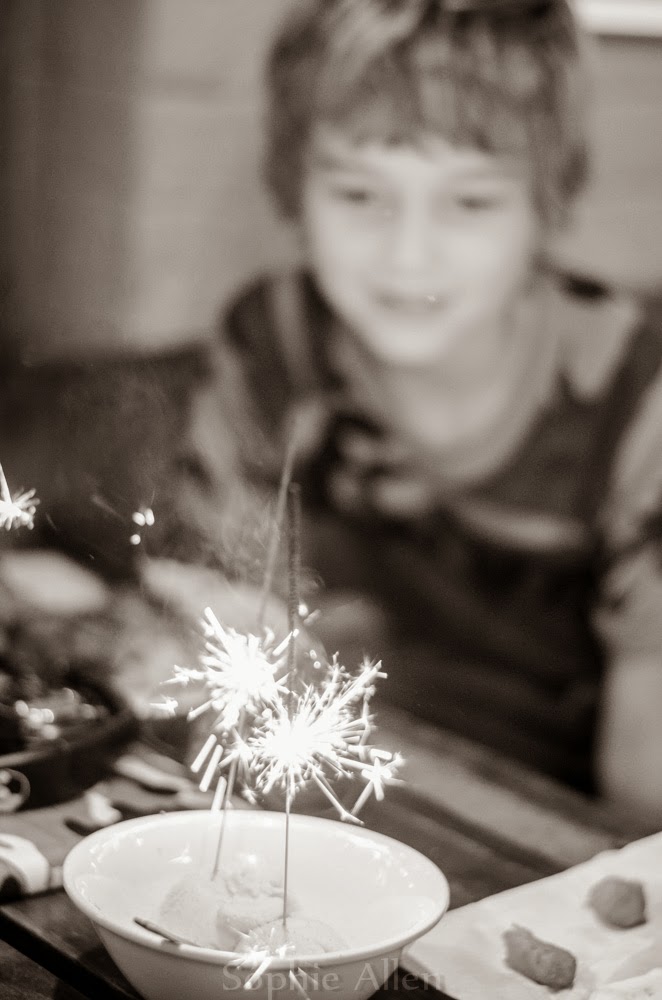 Ok so technically the sparklers are in a bowl of ice cream, but I'd made a ginger cake for when we got home.  And technically he is very fussy with food, especially sweet things, so he didn't actually want to eat the ice cream... but with 3 brothers it didn't go to waste!

We waited a few weeks before having a party, to allow for the kids to settle into their new classes before we bombarded them with the first invitation of the year.

Considering the fixation on camo, when the theme for the cake was discussed, was there ever any other option?

Camo cake was my brief.  Luckily I like a cake challenge and researched the best way to go about it.

I started with a basic butter cake batter, and separated it into 3 bowls.  I coloured 2 of them, leaving one as is. After lining the cake pan I used a big spoon to dob dollops of each colour here and there, slowly layering the batter in a mix match of camo-style colours. 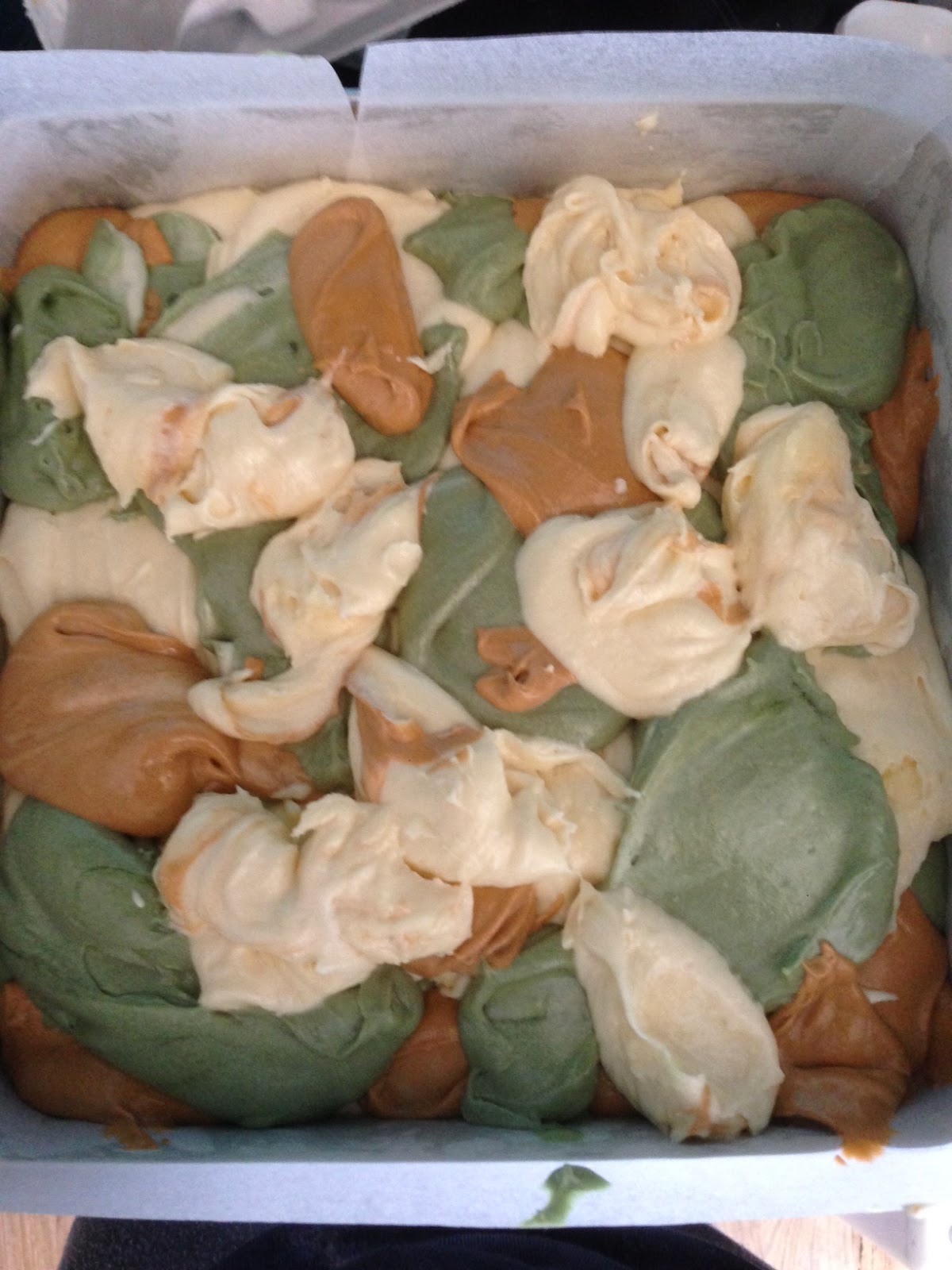 I used fondant for the icing and again made several different camo colours (to match the cake).  Right about at that stage it would have been a good idea to take a photo, yes, it sure would have.

But anyway, using your imaginations... I then made witchery grub sized pieces, and sometimes just round globs of each colour and layed them next to each other (similar to what the batter looks like above).  Once all of the fondant was used I rolled it out, the colours squish together and spread, miraculously in a camo pattern!

Again, a photo at the point would have been a nifty idea. 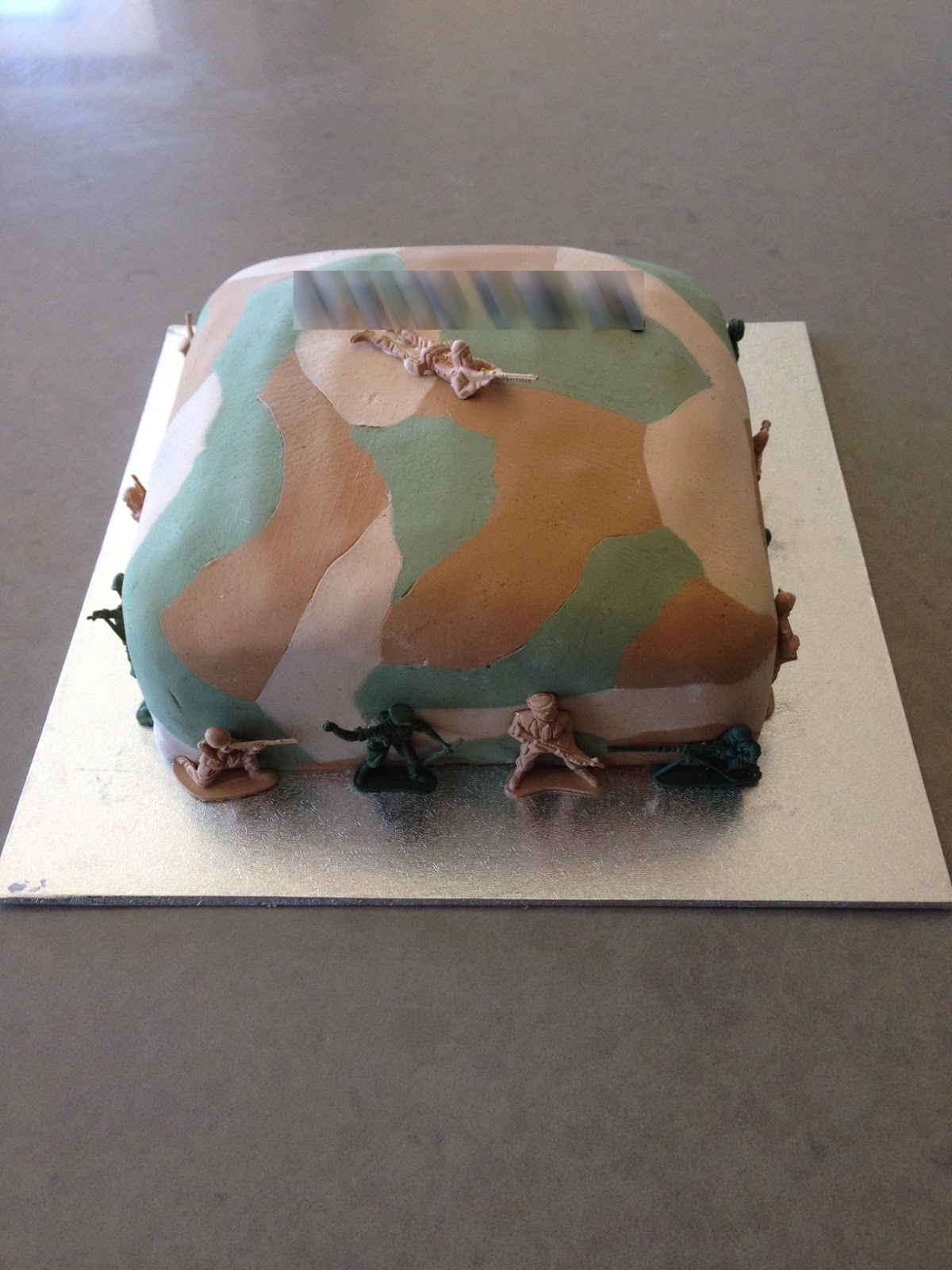 That smudgy part is just where I have blurred his name from the photo.

The party was at Laser Zone, which is such a big hit lately, even Oshawott (5 years) got to join in this time and had such a good time. 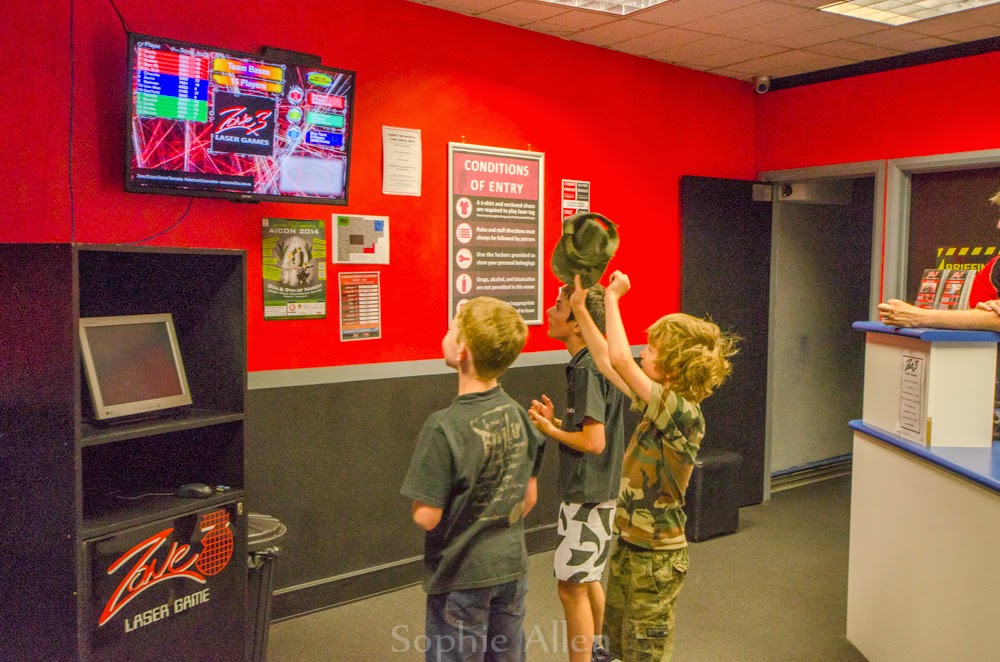 The first ones out to check the scores.  Luckily the Birthday boy excels at war games...  or maybe not! 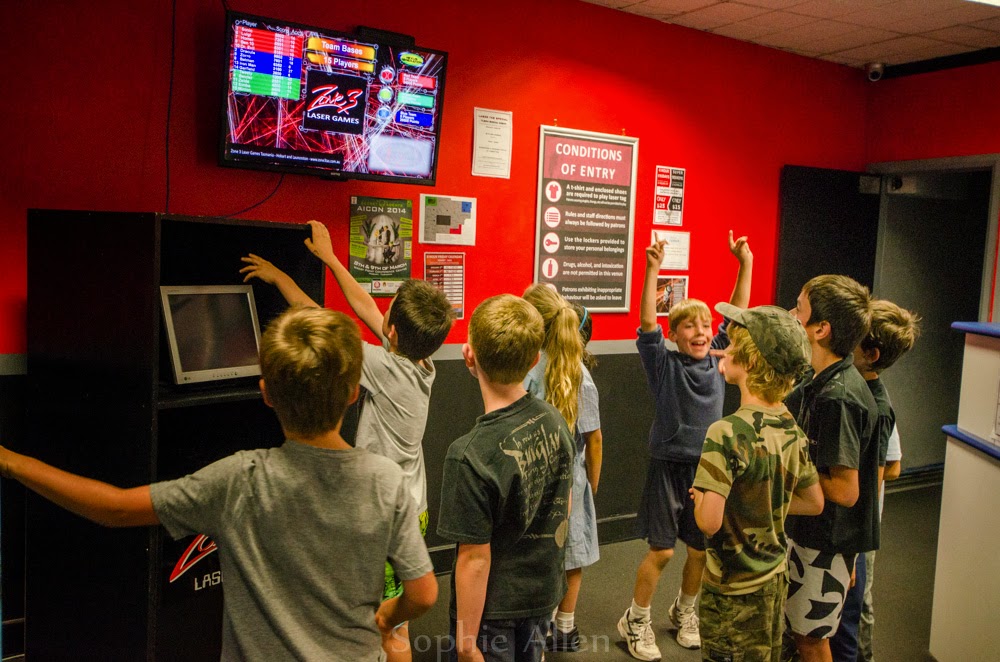 It was very loud. 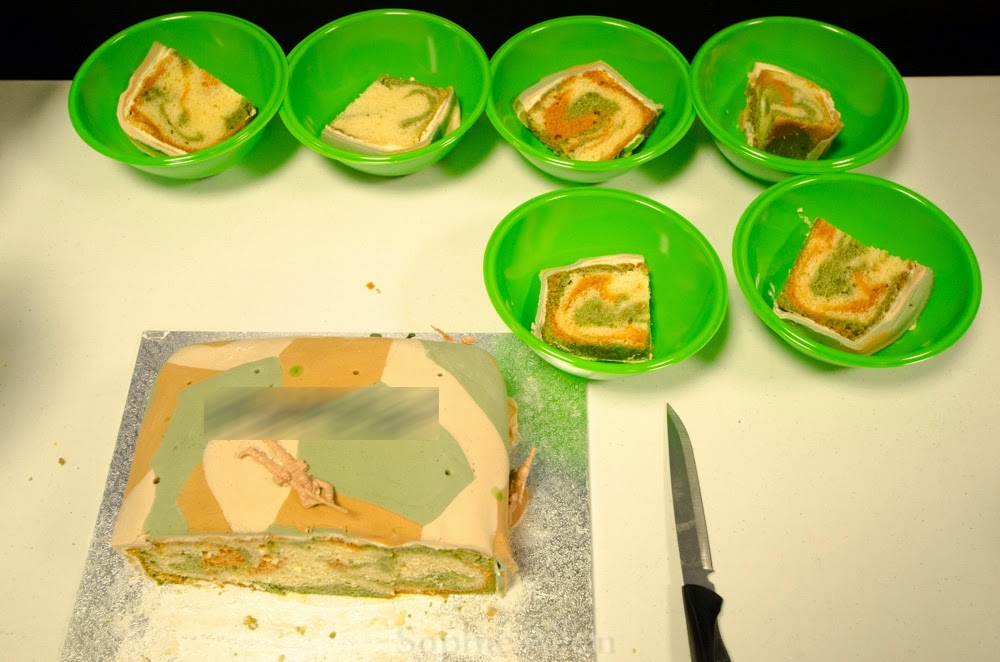 Once it was cut I was happy to see the cake didn't turn out too bad inside!

And that was the end of the beginning of the Birthdays for 2014.  And that was a mouthful of a sentence!