Because you know, it's all about me.  Well actually, today it is all about me! I love seeing what cards the boys have made for me, but mostly I just love how excited they are for me to see them.  They were just busting to hand over the loot this morning.  I had to ask them to wait just a bit because Pichu doesn't care if it's Mother's Day, he wants his vita brits and he wants them now!

So after the beast was somewhat subdued with a full belly, on rolled the gift giving.  They made an orderly queue, Legoman volunteering to go last, not sure if this was a sign of big brotherlyness, or wanting to be the grand finale of gifts.

Voltorb was first, eagerly handing over the present he had selected himself from the school Mother's Day stall.  Two bracelets in shades of blues and greys, very nice Voltorb! Naturally I had to wear them straight away.  He had also made a card, decorated with a flower, he even wrote Dear Mum, from "Voltorb" on the inside, then drew hearts and a flower inside. 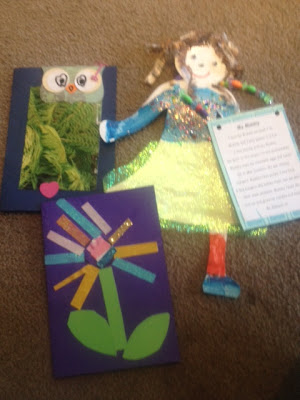 Oshawott was next.  He had drawn me a picture at his pre school, and also made me a lovely 'Mum' cutout, decorated with glitter, paint, even hair!  There was a note attached, they must have sat down with him and asked him about Mummy and things we do together.  Such care and attention to details like that makes me just love 'Grasshoppers'. So innocent, why does he love Mummy? Because he does!  But apparently there needs to be a few changes in his diet...  and honestly we hardly go to Macdonalds! 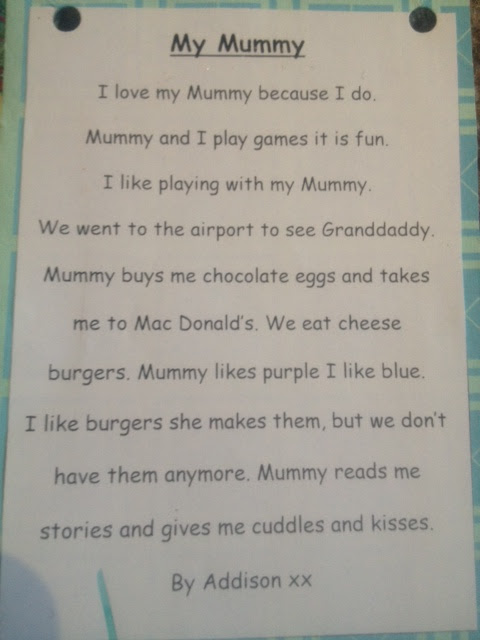 Legoman is bouncing up and down in anticipation.  He tells me I wont need to use his hot water bottle anymore (we take turns cuddlying it just before bed while we watch MasterChef), then hands over my present.  It's a heat bag! Such a thoughtful boy, he also chose this at the school stall. He also made me a card, decorated with a owl cutout that doubles as a book mark. 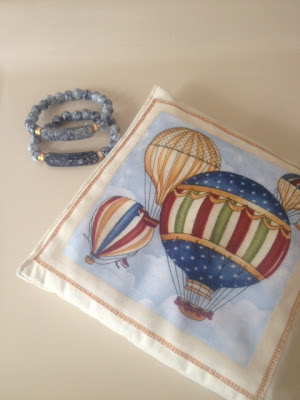 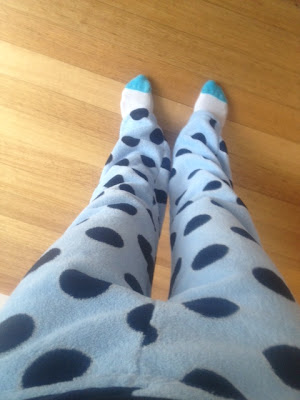 Check these out, so warm and comfortable, coral fleece pyjama pants.

So Coder starts acting suspicious, trying to get one of the boys attention,  and finally with a little bit of whispering and shuffling about, I am presented with a box.  Inside? 3rd generation iPad, yeah baby!  First thing I hear from Legoman? Can I have your old iPad? 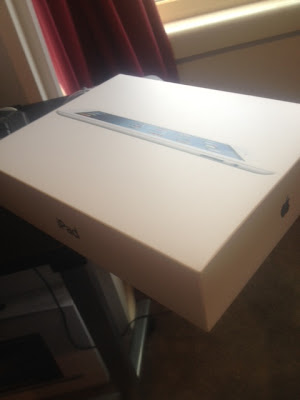 To top it all off, Coder whisked the 3 older boys away at 9.30, they were going to putt putt and bowling, leaving Mummy in (relative) peace.  Pichu doesn't turn the volume down for anyone or anything, let alone Mother's Day, but he did nap.  I actually had a shower, in daylight hours.. with the door shut.. no one banging on it.. no one (Pichu) screaming at it.  We did bake some biccies, but I have managed to ignore the rest of the housework, deciding to write this instead.   Now he is awake.  Game Over Mummy.