We here I am, on the flip side of the joint 6 yr old party.  We made it.  With our sanity (well most of it) intact.  The pirate party went relatively smoothly, only a few (ok.. half a dozen) falls on the steep driveway or path. We remembered to do most things, although I did forget to place the X on the treasure chest, which turned out not to be an issue anyway, as Legoman and his posse of grade 2's had already discovered the chest earlier and led the treasure hungry buccaneers straight to it after the last clue was unearthed (literally, it was buried in the barren veggie patch!).


The day started off slowly, as any day does that you are up at 5.50am.  That was thanks to a very excited Voltorb who then began his well practised mantra for the morning. "Is it party time yet?"  No Voltorb, it's still dark outside!   There was much to do, yet the children were still asking for breakfast, really guys? Today?  C'mon..


But all the boring setting up was done.  Actually some of it was quite fun, I had treasure hunt clues to hide and bury, plus I decided it would be funny to put in a fake treasure chest before they found the real one.  Just making extra work for myself, I'm adept at this.  The jumping castle man arrived (late) and set up the two castles.  Now my boys were excited, because they weren't before, honestly.  With less then an hour until the guests arrived, and yes I do recall every moment as I was being constantly badgered about the impending arrival of presents (I mean friends).  The late jumpy castle man opened up a whole new can of worms, in fact I had, of course, predicted this.


Around 30 children, plus parents were incoming, T minus 10 minutes and counting.  JC man was still setting up.  Our road is 600m long and one way only.  You can't see other cars until it's too late and you (or the other car if you're lucky) are left to reverse either back up or down the whole winding, steep way.  I quickly rang a friend to organise them to stop the traffic at the bottom as soon as she arrived, but there was just no time.  Coder had a light bulb moment and decided to ride his bike down.  With phones we then became those council workers with the 'stop' and 'slow' signs, Coder let cars up until up JC man was ready to leave, he then stopped traffic until I gave the all clear.  Other then the few distressed text messages I got "Lots waiting!!!!" and "Hurryyyyyytt" it ended up being very successful.  After the JC man saw the first car come up he inquired if they were all going to come up here to park.  Weird.  Where else would they park?  "Come on kids, lets walk up this 600m steep gravel driveway! I don't care if you're 3, let's go!"  But he did get a wriggle on as soon as he put two and two together.  Because 2 + 2 = 400m reverse.


Once coder had hitch hiked back up to the top, he whipped into his pirate costume.  I also was a pirate, a pov pirate with a makeshift costume.  It seemed everyone had fun.  The treasure hunt was a hit! 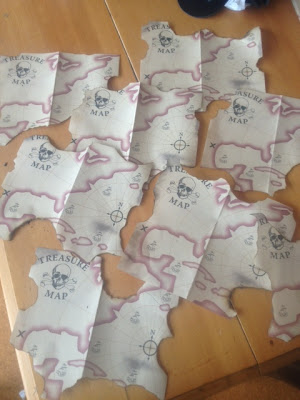 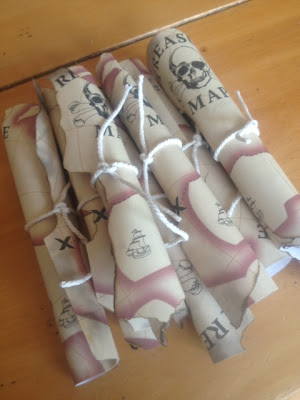 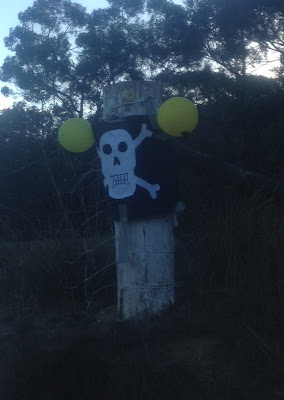 Enter at your own risk! 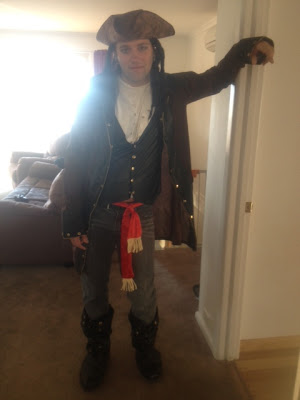 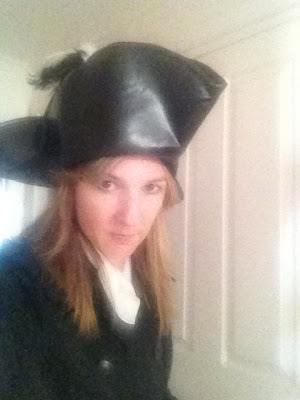 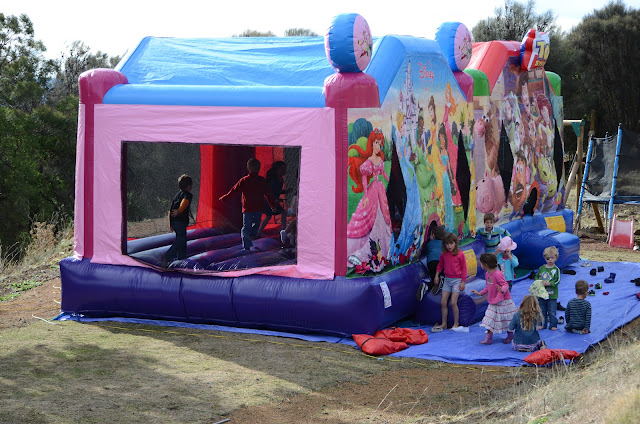 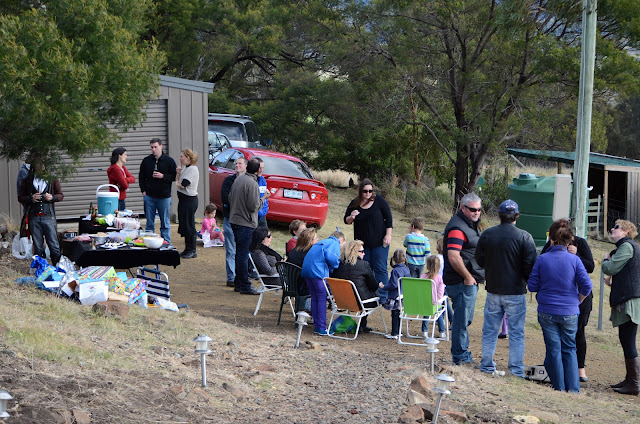 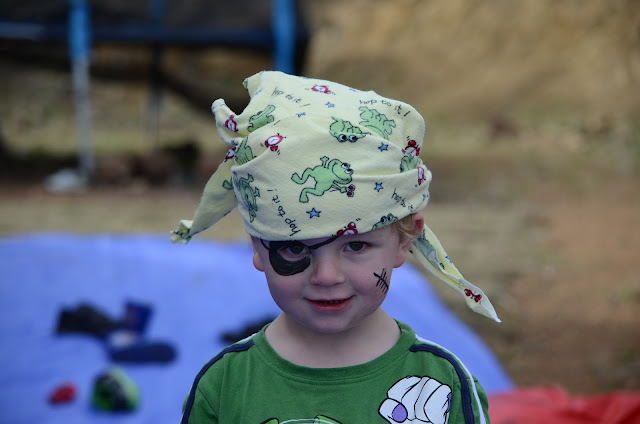 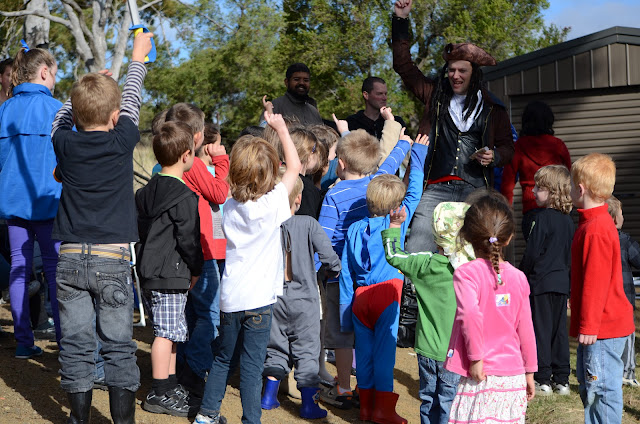 At first he had them with promises of 'most awesome pirate' team. 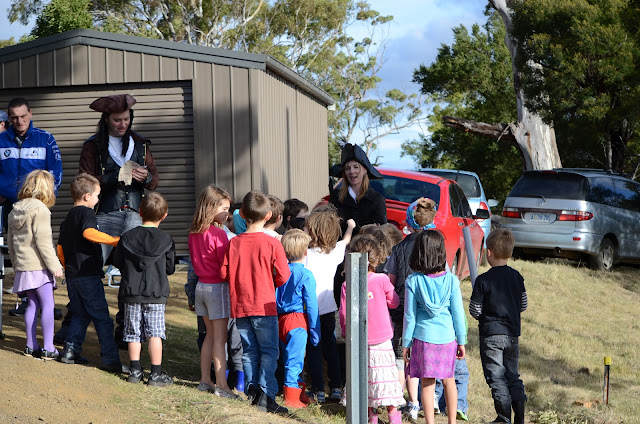 They weren't fooled... and soon defected to the 'good pirate'. 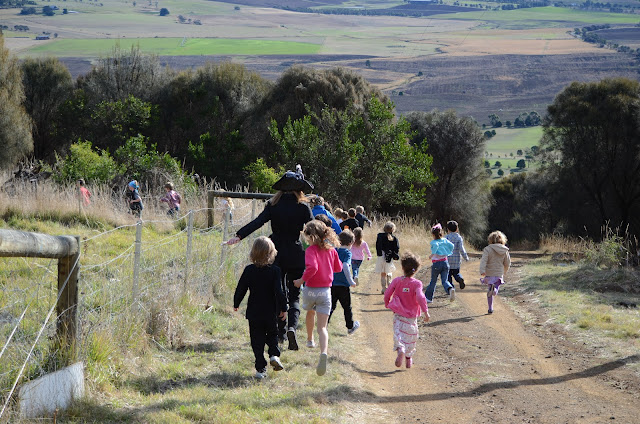 Running to the spider shed to find our next clue. 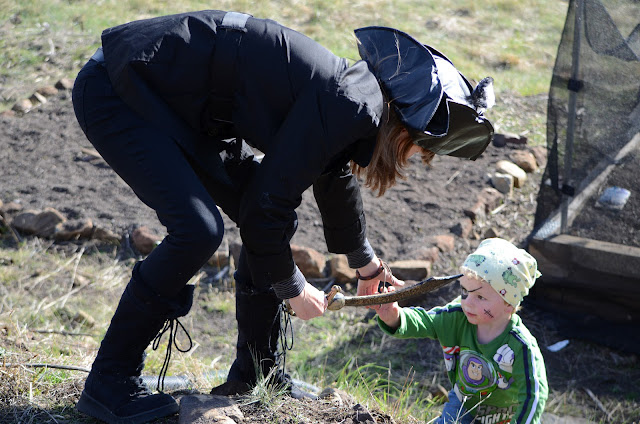 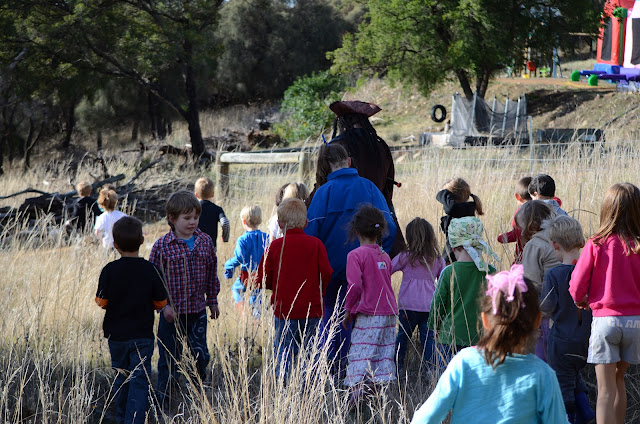 The two teams had merged now and were all headed towards the treasure. 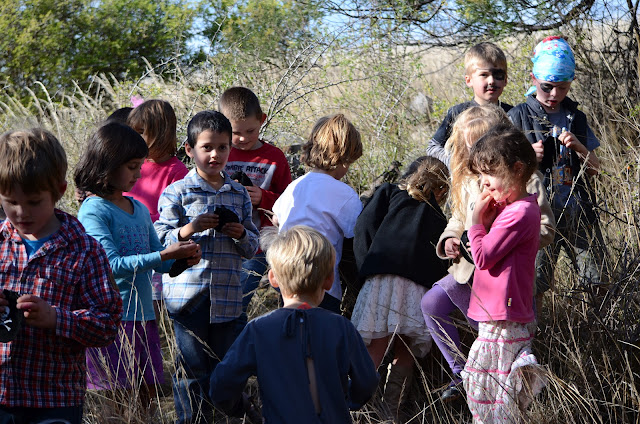 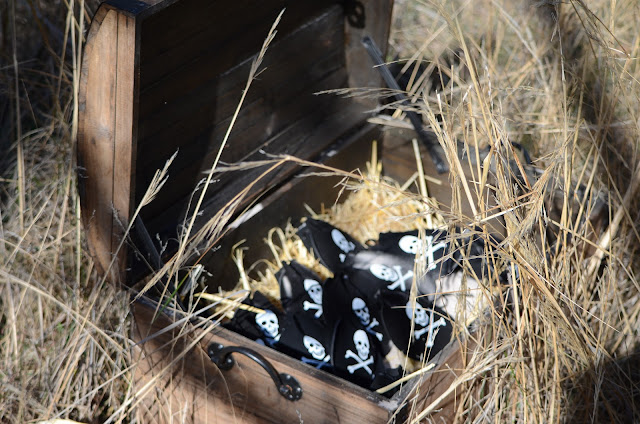 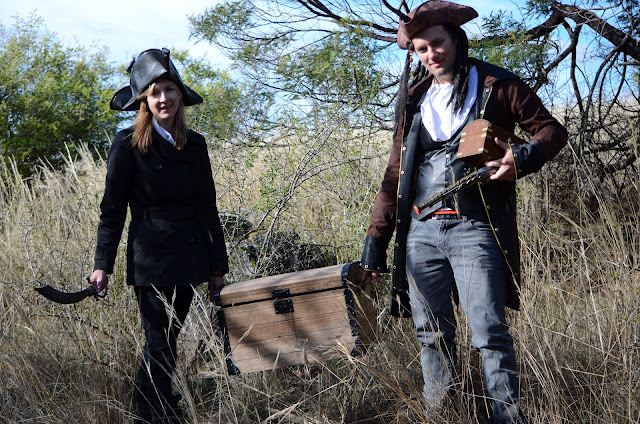 We got to keep the left overs. 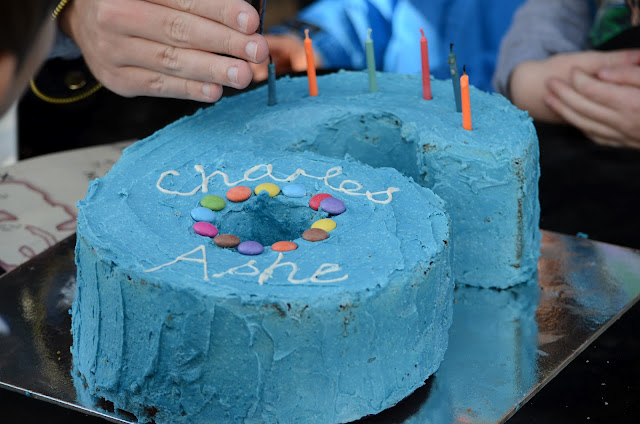 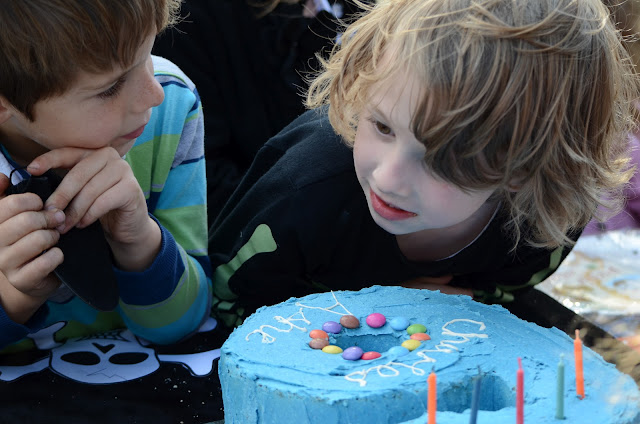 Waiting for the candles to be lit.  Unfortunately there was too much wind.  The boys were great sports about it and pretended to blow them out. 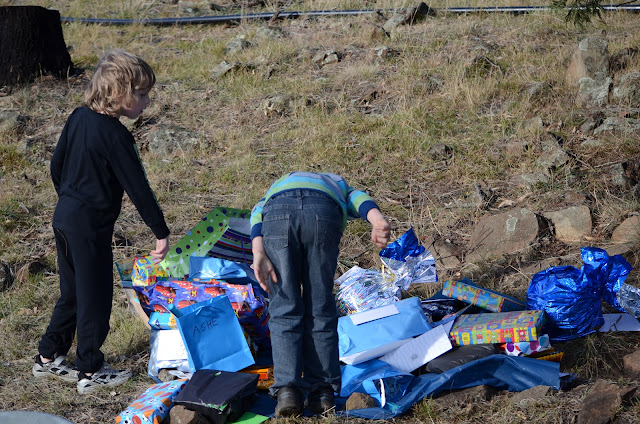 The present pile was impressive... 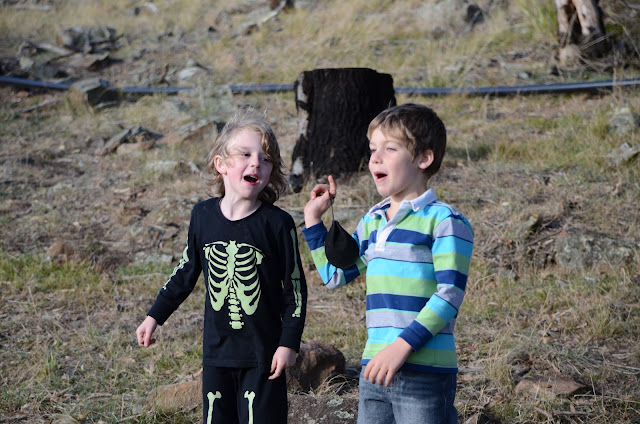 
It had been a long afternoon, the boys could not wait to open their spoils, no I mean literally, they were asking every minute if it was time for people to leave yet! Such hospitality.


We have never had so many cars up here, including our cars there were 18! 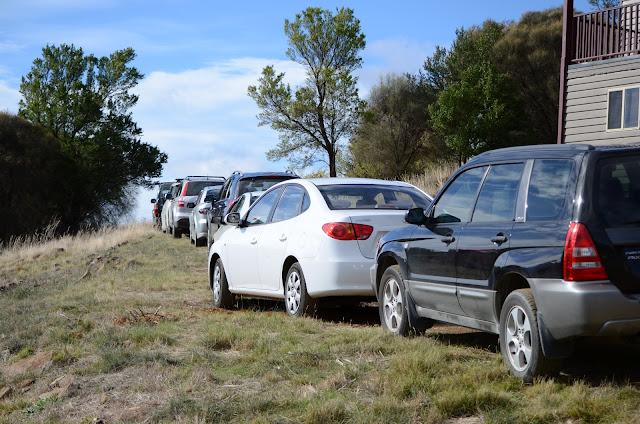 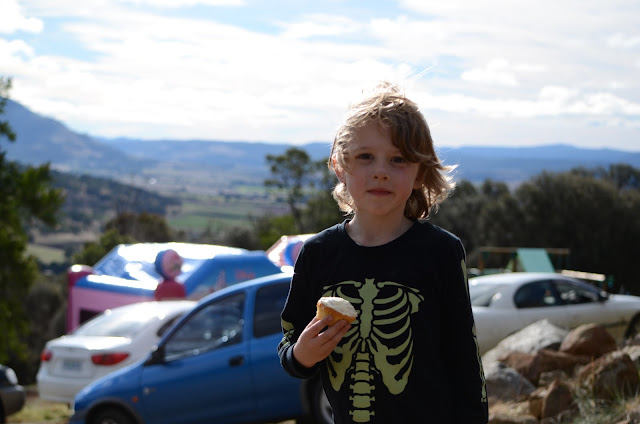 Voltorb insisted he wear his pyjamas so he could be a pirate skeleton.  This ended up being quite helpful at bedtime.  We were exhausted and at least one of them was already ready for bed! 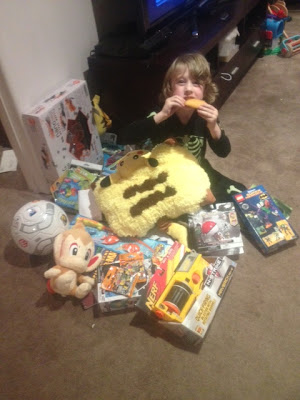 Skeleton with his loot. 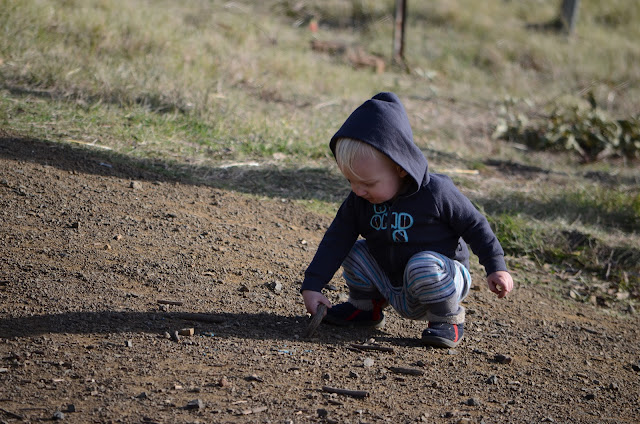 Pichu slept for the whole party. I would normally wake him up if he naps too long, otherwise he isn't ready for bed until 8.30 or 9pm.  It was worth not having to worry about him though, and last night we just relaxed and watched Masterchef together. 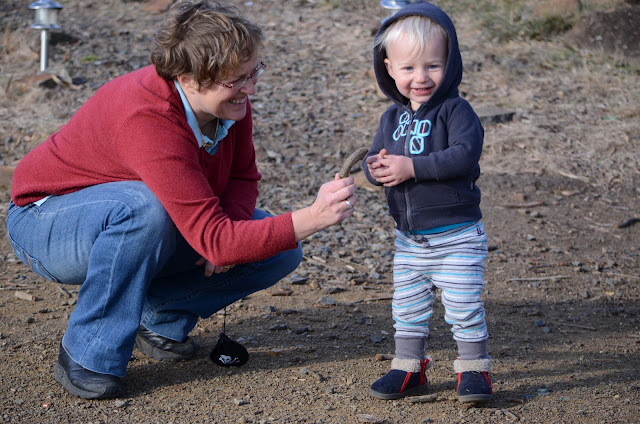