Mummy! A dinosaur is biting my face!

So finally I got around to replacing some batteries in toys.  It's something I put off time and time again, so today I decided to just do it.  And I was rewarded with an audience with the "circle of dinosaurs".  The little boys had a great time playing with the reanimated toys.

These dinosaurs walk, roar and toss their heads around.  Plus they are well traveled. They were originally a gift for the two older boys, from their American Grandparents. That was roughly 5 or 6 years ago I think and since then they have moved house 3 times.  It was a bit rough for them, with their tiny little hands and horns getting in the way, packing and unpacking boxes, but they were little troopers!  Only stopping when their duracells needed replacing. 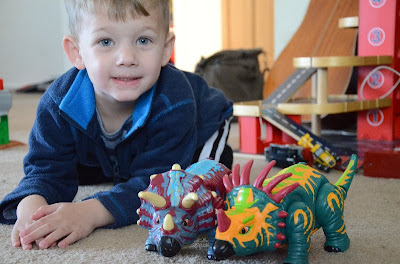 Oshawott is setting up a race for the dinosaurs.  Pichu at this stage is freaked out and hiding in the hallway. Takes him a little while to warm up to loud moving toys that are quite confronting, which these certainly are.  His first reaction was actually a terrified squeal. 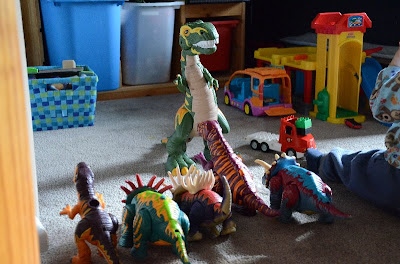 Plotting to take over the bedroom. 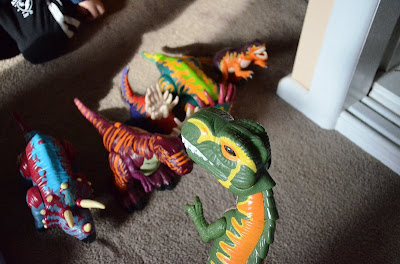 First, we take out the baby. 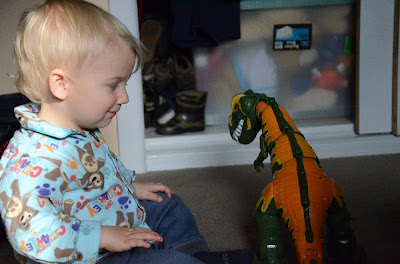 Pichu was warming up. Okay.. so we can be friends? You don't scream at me, I won't (might not) scream at you. 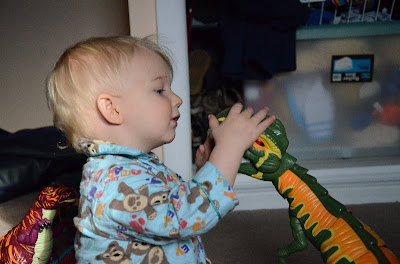 He was very interested in the red glowing eyes and teeth.  This dinosaur throws the whole top half of his body around whilst roaring. 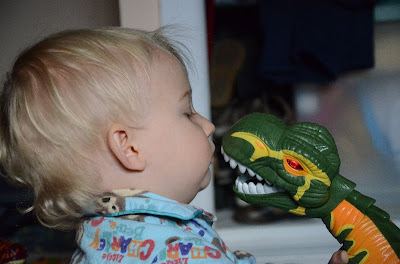 Ok, I thought we were going to be friends... 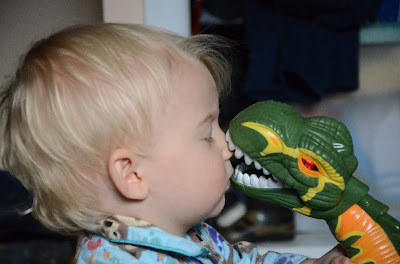 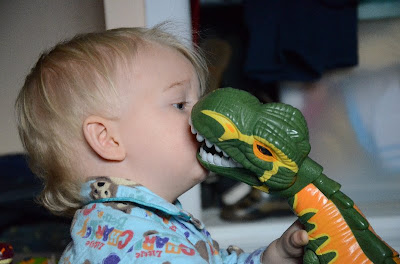 At this point, I realise I should intervene as the dinosaur goes in for a second attack. 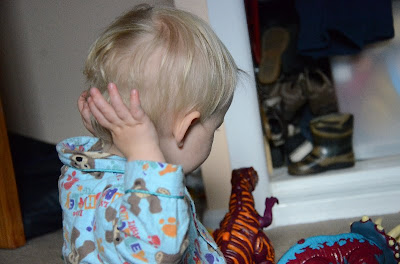 Pichu is exasperated.   Where did things go wrong? 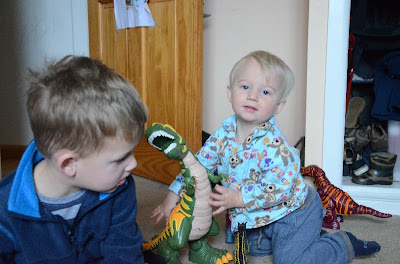 Watch your back Oshawott, Pichu has gotten the hang of this! 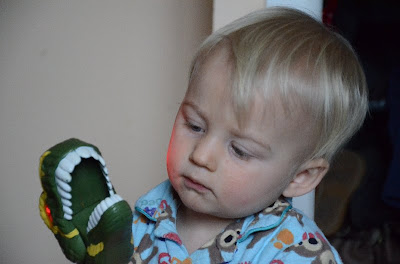 Even after recent events, Pichu can't help but get close again. 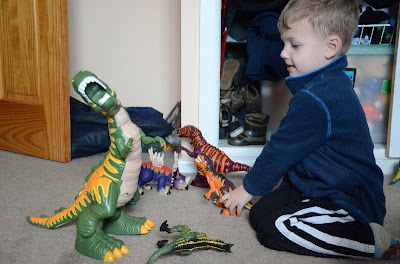 Big dinosaur resisting Oshawott's attempts to make everyone a family. 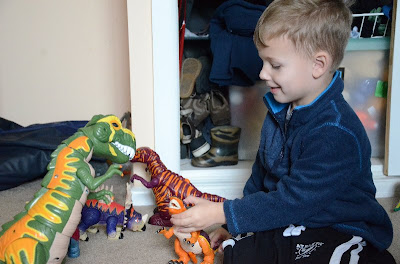 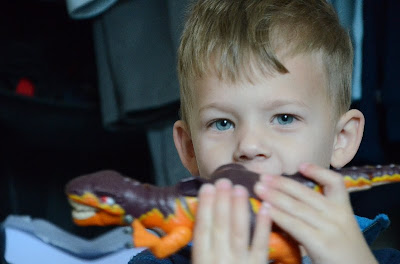 This raptor became the flying dinosaur "son" of the big dinosaur.  He would swoop in, hang off door knobs and save the day. 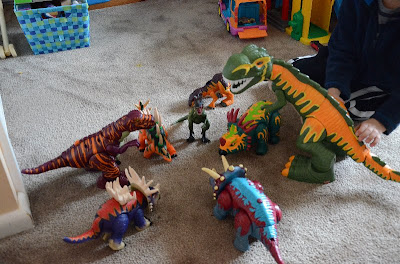 The de-brief.  Things didn't go to plan, but that's ok.  Cuppa anyone?