And this is NOT it. 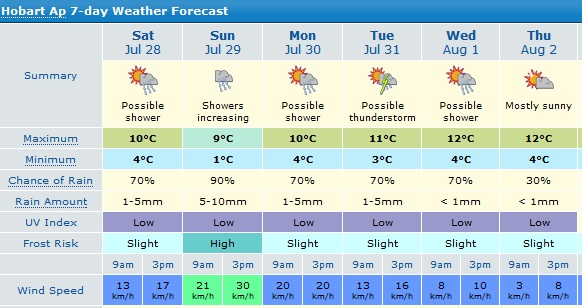 It's going to be 1 degree overnight, with snow showers forecast for above 500 metres.  That means we will probably get some snow flurries up here.  Not enough to see on the ground, nor make snowmen unfortunately, but just some flurries of it swirling around in the wind.  The "feels like" temp in the morning will undoubtedly be negative something, which is not uncommon, especially on Saturday mornings it seems, when we have to brave the soccer field.


It's pretty depressing really, especially when you really don't like the cold.  Not the snow flurries of course, snow is the silver lining of winter.  But give me a 40 degree day back in Broken Hill any time! So feeling sorry for myself I went back and looked through some of beach photos taken last Summer.  We had a long warm (sometimes hot) Summer, though I did miss most of it while we were away for 2 weeks in Coolum, and then 5 in Broken Hill.


The most memorable days we had in Tassie over summer were definitely February 25th and 26th.  It was a glorious 39.4 degrees and windy on the Saturday!  The day of Legoman's 8th party, which we were going to the park for.  Opps!  We loved it, but many of the guests' parents were clearly struggling.  Just a quick change of arrangements and I had 100 water balloons ready to go. 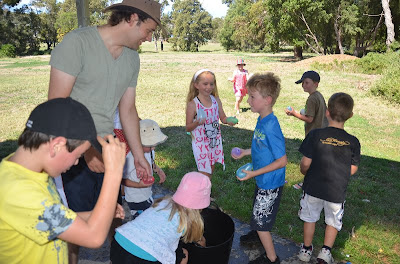 Water balloons were a hit. 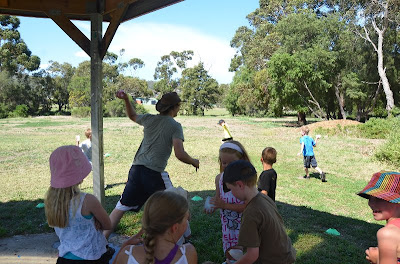 Who had more fun? This is a Minecraft inspired cake, gone terribly terribly wrong.  The idea was solid, but the picture I had in my head certainly didn't come to fruition.  39 degree temperature didn't help much either!


On the Sunday it was also a beautiful hot day and we take every opportunity for a beach day here as if it will be the last, because it just might be snowing the next day! It's just that unpredictable.


Actually, I even put on my bathers... not at all thinking I would actually need them.  Even if the sun is melting icy poles, the water will always be frigid.  Born and bred Tasmanian's will disagree, but I grew up in Broken Hill and 18 degrees water temp is too cold.  It was such a lovely relaxing day, mostly.  I mean, there was still the small matter of 4 children to keep an eye on near the water, and Coder was surfing part of the time, or boogie boarding with the older boys.  This made the (seemingly) frequent pleas from Oshawott needing a toilet very difficult to orchestrate.  But we managed.  And it was so hot that I did go into the water!  I admit I did not get my head wet, but I certainly got my bathers wet! Baby steps...


Pichu had his own unique way of cooling off.

And discovered tantrums on sand are not a good idea. 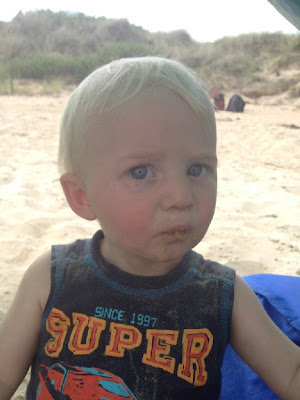 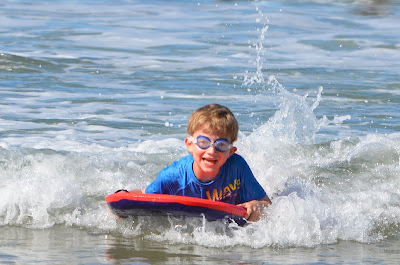