Someone forgot to tell the prickles it is still winter!  Now I am certainly not discouraging Spring from Springing.. but I really do loathe prickle season.  Left unchecked they would basically overrun our entire 23 acres, anyone seen The Day of the Triffids movie?


Last Tuesday was a slightly warmer day (13.5!) so we headed outside for a quick play before Legoman's tutor arrived.  I was horrified to see that the prickles were once again making their move.  They certainly aren't going to let last years prickles, who went down in a showdown with Coder and his backpack poison sprayer, go un-vindicated.  If they start early perhaps we wouldn't notice... until it was too late! 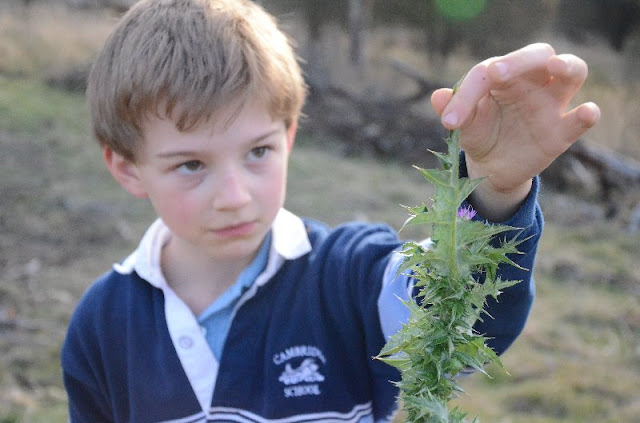 Legoman knows that this prickle bush is capable of growing taller then him.

Legoman pointed it out to me and immediately got down to business. He is an expert prickle remover, well in his eyes he is. Unfortunately his methods, of whacking and stabbing with a pointed stick, inevitably spread more seeds. He decided this day was the perfect time to pass down the age old (well 2 years) knowledge of prickle whacking to his eager to help brothers. 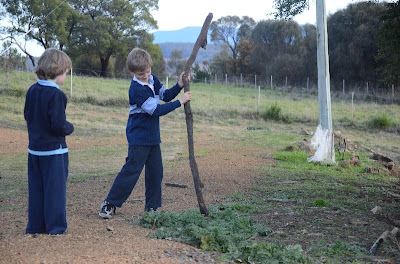 First the demonstration.  It was an unusual tactic, using a branch rather then a stick, time would tell if it would be successful. 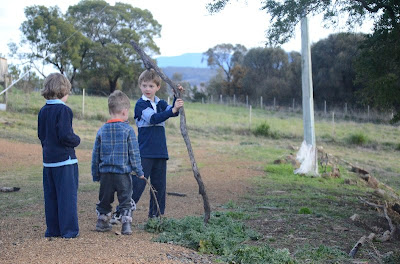 They look so innocent and small but looks can be deceiving.  (I'm talking about the prickles!) 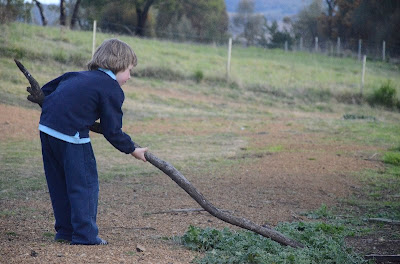 Following Sensei's instructions Voltorb has a crack at it. 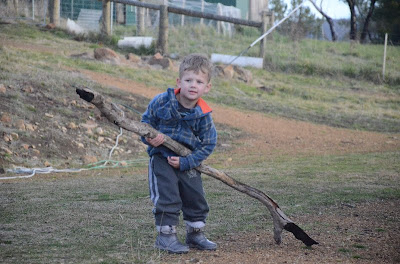 Oshawott struggles to even lift it. 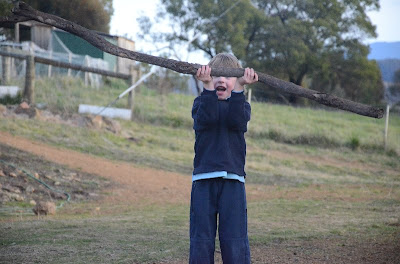 Well now you're just showing off. 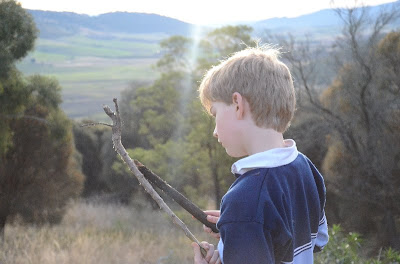 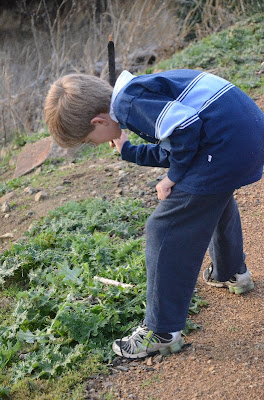 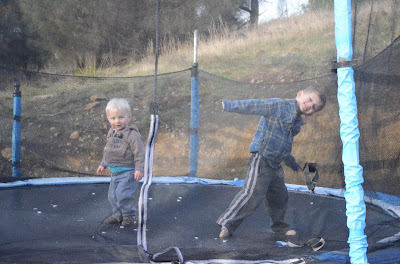 Not all showed the dedication of Legoman.