There was an Olympicathon at school Friday.  Not only a mouthful to say, it was quite exhausting aswell.  For me I mean.  I'm sure the boys are just fine.  I spent an hour and a half running and pushing a double pram between events, trying to be everywhere at once basically.  Each class would spend just 5 minutes at each event, then rotate through 10 different locations.  It seemed to work out that each time the boys were on opposite sides of the school, resulting in a mad dash for me in a 5 minute window to try and capture a glimpse of both boys at each event.


I haven't used the double pram for months now, Oshawott (4 yrs old in 2 weeks) has been reveling in his 'bigness'.  He is sick, and it's never good when he is sick.  We immediately worry and assume the worst.  A call to the Health Direct line and two trips to the Doctor later we think we are on top of it with Anti-Biotics.  He was not well enough to walk around for such a long time, and needed to stay away from everyone anyway, hence the double pram. 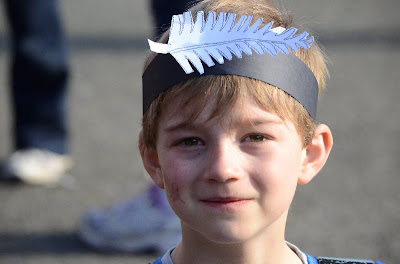 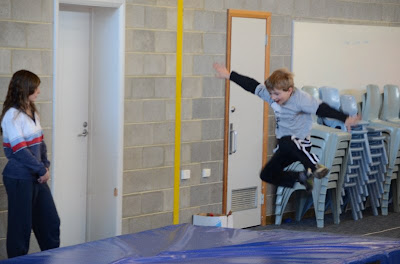 Star Jump executed with much enthusiasm. 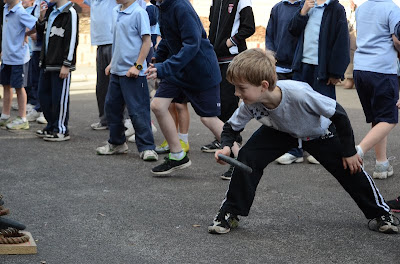 Quoits, he was very good at this! I think the "stick your foot out as far as possible so no one notices" technique was pretty impressive. 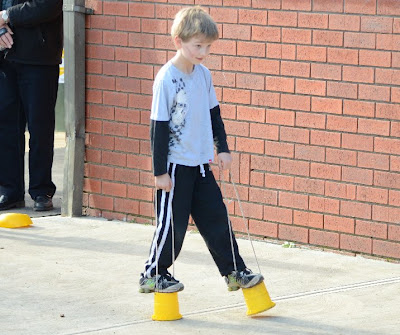 Very wary.  We will probably never see Legoman as the clown on stilts at the Christmas Pageant. 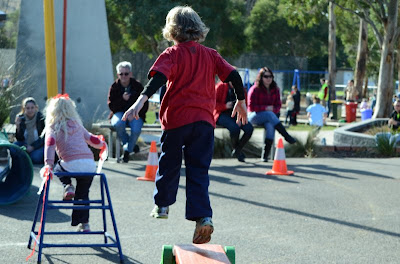 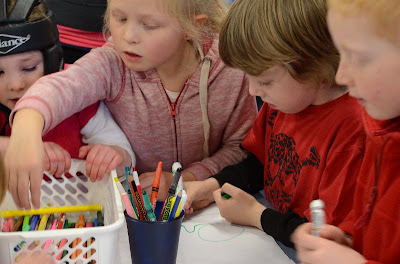 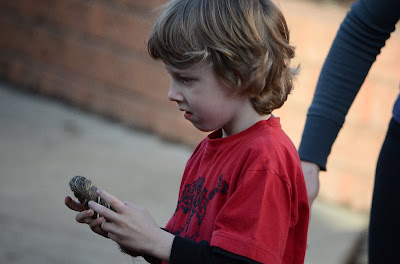 You can feel the tension in the air! 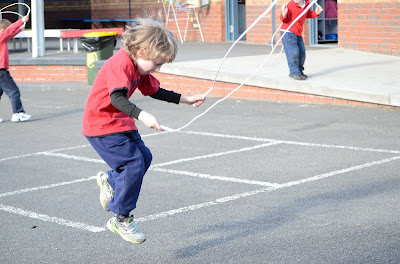 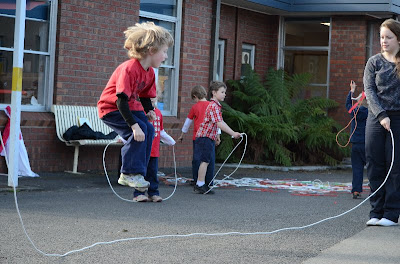 And again! Look how high he is. 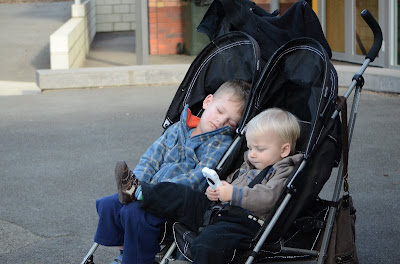 Oshawott was not well at all.  Pichu was feeling pretty relaxed about the whole thing.

I am sure I looked like a mad women, and even though I tried my very best, I just couldn't make it to every event.  I apologised to the boys at the conclusion of the Olympicathon, because I know they were both looking out for me in the crowd every time.   I explained I had wanted to get photos of them doing each event but unfortunately I just couldn't. When we got home from school, Legoman disappeared for a little while. He came back bearing gifts, he had made drawings of all the events I had missed! What a sweetie.