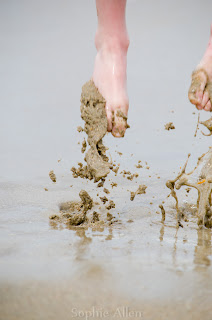 With a forecast of 20 degrees on Sunday, and minimal off shore winds we thought it would be a good day to hit the beach. Hey, we are in Tassie after all, we take what we can get!  And technically Mr Weather Man, it only got to 17!

With camera, kids and surfboard on-board the trusty Tarago we headed off to Park Beach in Carlton (TAS).

Coder discovered his exercise routine of running and cycling over winter, which was great for leg strength and fitness, but not so much for all of the paddling required for surfing. His scrawny little arm muscles just weren't up to scratch!

The boys all had a great time, as they usually do on the beach.  And I had a great time running around taking photos of them!  I even set up the tripod to (try) get a decent family shot. 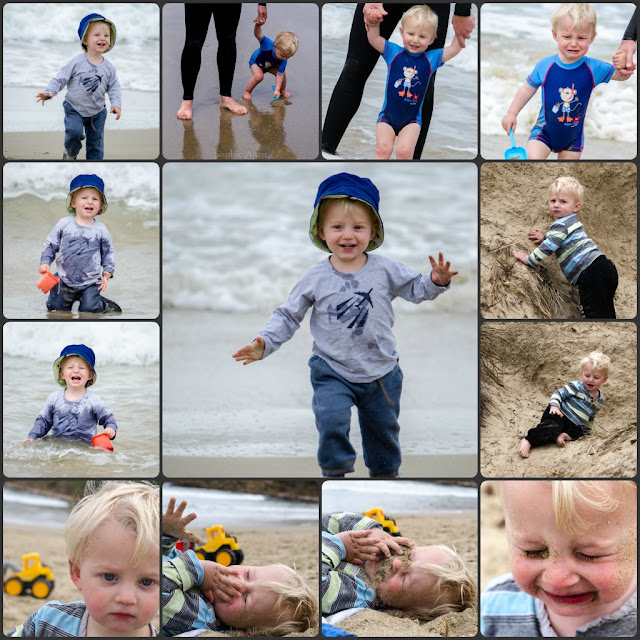 Ok, so they -mostly- had a good time.  Pichu fell over a few times in the surf, requiring complete outfit changes.  He also decided he was in need of a complete exfoliation and decided putting sand on ones self would work just nicely.  It didn't.  And this ended up being slightly scary as he ended up gagging on the sand because he had tried to swallow it rather then spit it out.  Don't worry, I actually threw the camera into the closest bag, luckily it was one with the clean towels in it. 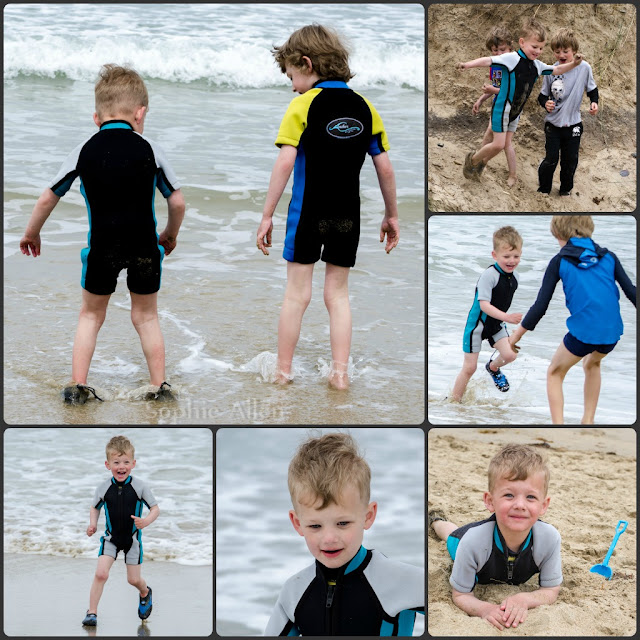 Oshawott had so much fun!  We haven't been to the beach since before he was sick, and it was really great to see him so immersed.  He was amazed at how he was 'going backwards' and insisted I capture it on camera.  He was referring to the sensation you get as the wave rushes back out to see, backing it seem like you are traveling backwards. 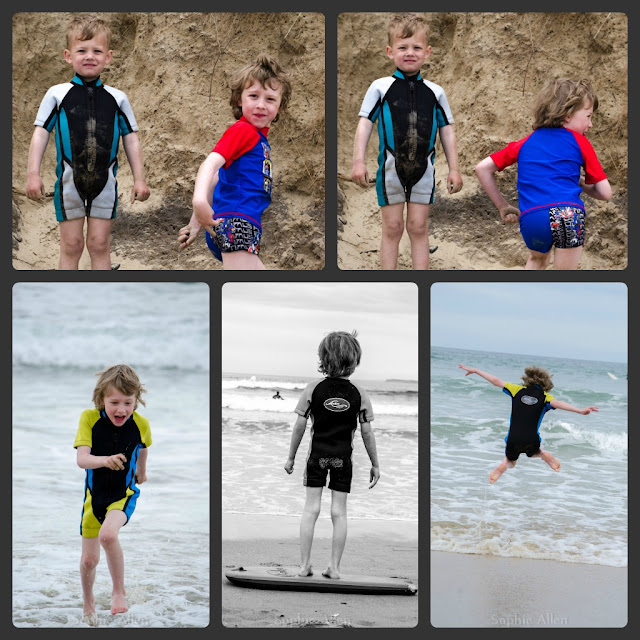 This has to be the cheekiest little highly sensitive child out there!  He really surprises me with the things he does sometimes.  He was wiggling his bottom at me, how cheeky! 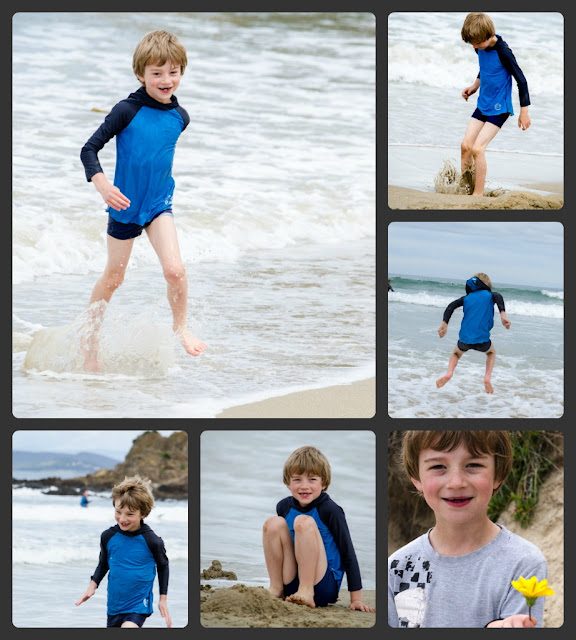 Legoman, a true sweetheart.  He was running sprints along the beach in front of me, a great chance for me to practice some motion shooting.  And a flower (or 3) for Mummy.  "Just don't eat it because it has poison in it"  (Umm... ok.. thanks). 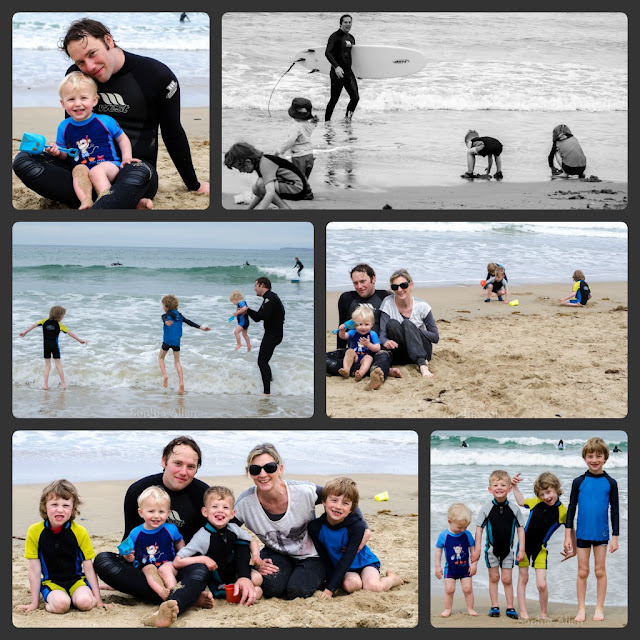 These are the best of many shot of the family, and the 4 boys together.   Well, I have to take what I can get, otherwise we would still be there trying to get the 'perfect' shot.