Voltorb is sleeping on the hospital bed in front of me.  He has just had his tonsils and adenoids removed.  I can finally relax, even though I know it will be a few days of pain before we can truly put this behind us.  We have been at the hospital since 11.30am, his surgery was going to be at around 3pm.

He had been fasting since 7.30am.  He knew he was not allowed to eat.  That was all fine until we were loading the car with kids and overnight bags, he sat in his usual position, and being the little hoarder that he is, had a stash of rice cracker biscuits next to his seat.

As I was still grabbing bits and pieces from inside, you know, the essentials.. laptop, DSLR camera, lego's, he had forgotten about the not eating part.

All very simple for a 6 year old.  I came back to the car just in time to receive his handful of pre-chewed soggy rice crackers that he had spat out once he had remembered.   But it was too late, he had eaten 3 or 4, or actually it might have been more he said.  So we had no idea how many he ate, we told the nurses, Dr and Anesthetist, and erring on the side of caution his operation was pushed back to the end of the day, and from then on he was known as the Rice Cracker Kid at the hospital.

He has been an absolute angel, the nurses have all commented on his gentleness and calmness.  He even received an award for being brave. 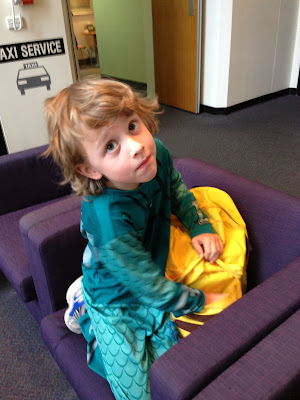 Just arrived at the hospital, outfitted in Skylander costume.. as you do. 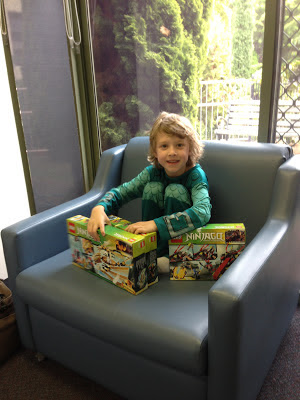 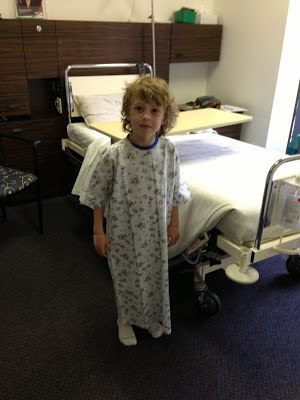 It was a shame to change out of the Skylander costume, he had gotten many comments about it. 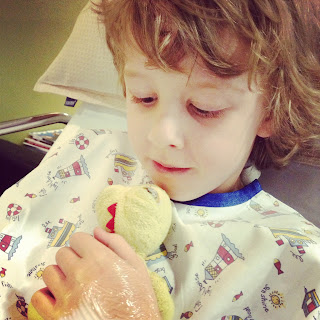 Having a moment with Croccy as he prepares to be wheeled off to surgery. 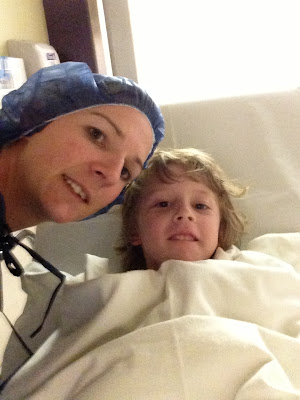 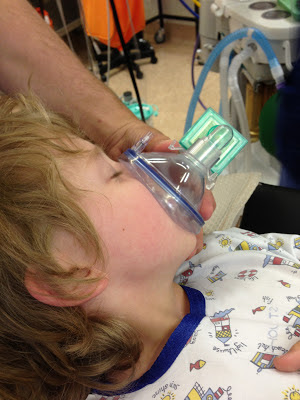 The moment he had just gone under.  He was the perfect patient, just a little bit of a cough.  No struggling or sudden reflexes. 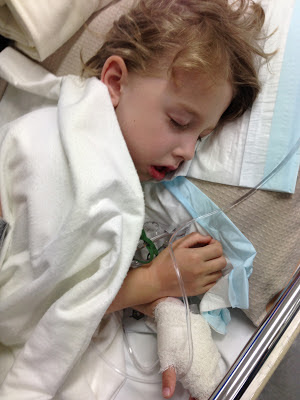 In recovery.  He woke up very calm and had half an icy pole before going back to sleep. 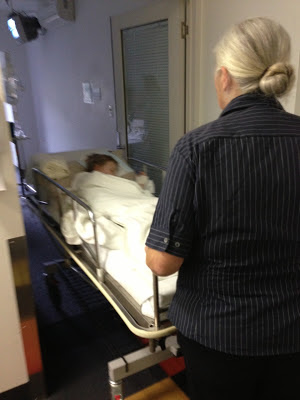 And seeing as he was so settled and calm, was allowed straight back to our room. 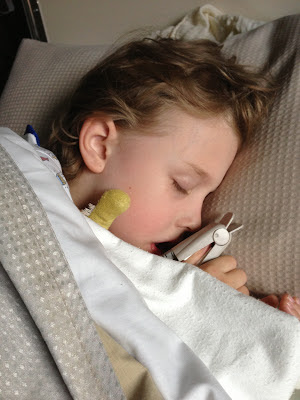 I took this just a few minutes ago.

Hopefully he manages to eat something later, as this helps clear up any left over debris in his throat.  He is very sleepy at the moment and because he was 'fasting' for so long they have hooked him up to a drip to get some fluids back into his fast.

He is sleeping so peacefully.. and not a single snore out of him!