The day the boys tried to break me

I am no stranger to this, I fly with solo with the boys every so often, you can read about that here and here if you feel like a laugh.

Each time offers challenges and frustrations, and this time was no exception.


It started out relatively civilised, well as much as a 4.30am start, having to wake 4 (5.. Our chauffeur Daddy) boys, can be.  So actually not that great if we are going to be honest.  Having slept in their clothes, which was as good as any holiday right there, judging their reaction, all they had to do was put on shoes and a jacket.  Breakfast would wait until we'd settled in to the airport.

That had been the plan, but in actuality after spending 20mins trying to check in 2 bags (who would have thought how hard it would be to negotiate the system to ensure 2 bags got through 3 flights to the final destination.) Turns out, too hard and we had to abort that plan, which meant we would have to recheck the bags in Mildrua.  That's fine, I only have the 4 kids with me, 2 massive bags, and 4 carry ons. 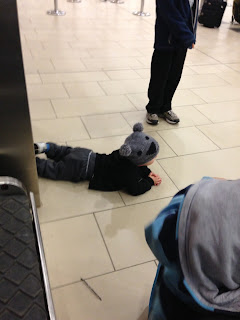 Pichu at Check-in.  Upset at waiting so long. 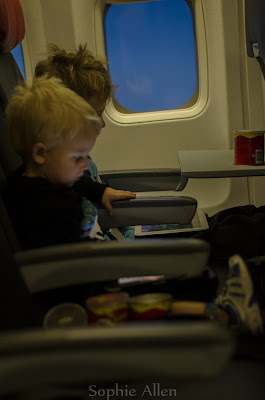 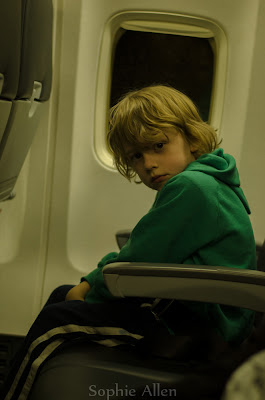 After leaving check in, with 5 mins to spare before they closed the flight we had to go straight to the gate. Breakfast for the boys was a small packet of Pringles each, just the $18 for those thanks. 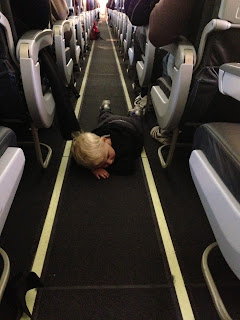 Refusing to sit in his seat? Or closely inspecting the emergency lighting strips?


At Melbourne airport the backpack stroller began to earn its keep, and the boys started to unearn their's. 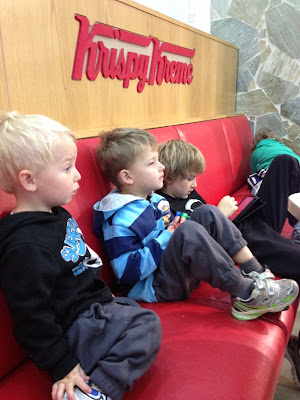 It started at Krispy Kreme, because Voltorb wanted his own table and then Oshawott was 'following' him, and I am pretty sure most of the airport heard that exchange.   There were other offenses and accusations thrown around, enough to ensure that the staff at KKK (Krispy Kreme Klan) were giving me 'the look', you know the one, 'the please can you leave and take your -adorable- children with you before you scare away any (more) customers.' look.   I mean really! Pichu only had a couple of tanties and only ran away once (or twice). 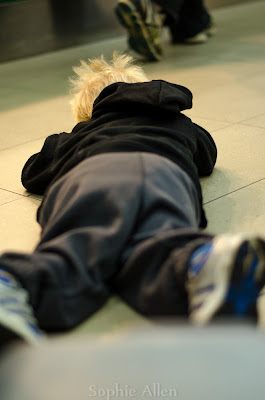 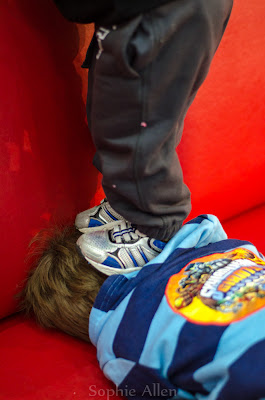 (Shaking my head by this stage)

Now whereas the stroller is a godsend, it is also the bane of my security screening existence.  Naturally the gate we arrived at was at the other end of the airport, so backpack stroller is 'yay', but also because of the change of course way, we had to go through security again.  Which means packing the stroller back up and into it's bag ('boo'), all the while keeping one eye on each of the boys (physically impossible), getting the 2 laptops into trays and then marshaling the children through the gate one at a time.   And then! Packing all the stuff back up and setting up the stroller again before Pichu disappears into the nearest shop.

Breaking point was almost reached in the parents room, they were fighting over who pushes the button and who wee's first.  It's all about the first world problems here you know. I sat them all down in their own little spot on the incredibly dirty floor and lay down the law.

The rest of our time in Melbourne went smoothly, almost relaxing, albeit slightly stressful when Pichu started to play chicken with the passer bys. 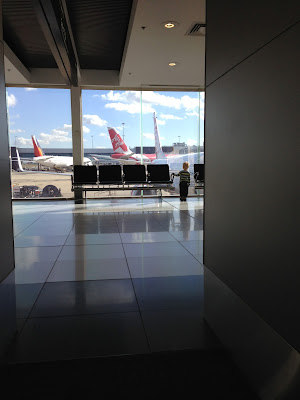 He was running from one side to the other, trying to dodge people.

My time was spent being chief iPad troubleshooter.  At one time, I had a few 'problems' queued. "I'm sorry, I am experiencing an increase of problems right now, your problem -is- important to me, you've been placed in a queue and will be handled by the first available Mummy". 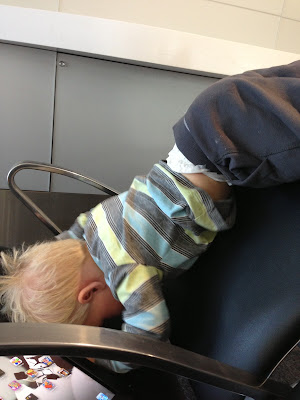 
Waiting in line to board the Mildura flight I had the most flattering of comments from a lovely middle aged Chinese women. She was quite taken by the 4 boys (obviously she hadn't been in the parents room a couple of hours ago!) and was shocked (yes really!) that they were all mine because I looked so young.  She couldn't believe I was 37, she said a had a very young face.  So very nice of her.  So I then rewarded her by sitting the least noisy boy next to her during the flight to Mildura.  And considering Pichu screamed on and off for the first 15mins I think it was appreciated.

Legoman and Voltorb had a mini domestic in the initial moments upon boarding, which is what led me to move someone to another row by themselves (or rather next to a lovely kind spirited Chinese women).

So after all that, and safe in the knowledge that now everybody on the plane knew that Voltorb and Legoman did -not- want to sit next to each other (again with the first world problems), we managed the rest of the flight reasonably well.

I was apprehensive upon arriving at Mildura. My parents had recently done this exact trip and had warned me about the horrors of the airport, which was undergoing major redevelopments.

Thankfully, they had just entered stage 2, so we did not encounter any trouble, until they decided to test the fire alarm for 10mins. They had announced it was going to be a test and not to evacuate. I would have rather evacuated, the alarm woke Pichu up and I had to then explain to big wide inquisitive (and worried) eyes that it was just a test and there was no fire. Well, unless you count the fire raging inside mummy for them waking up Pichu! 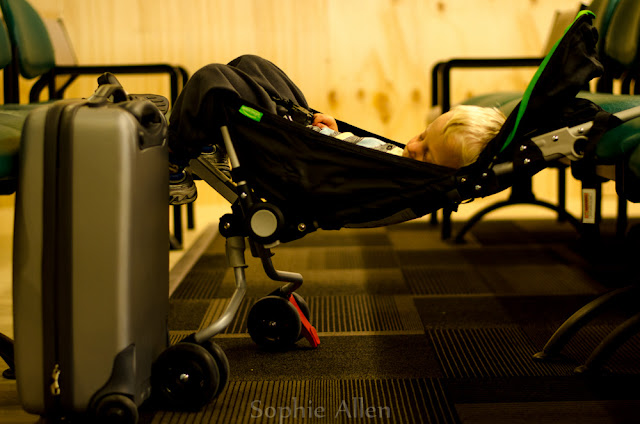 I received another lovely comment from the lady serving at the cafe.  She said the boys were so well behaved for the 2 hours we were waiting and then gave 2 of them a Lolly Pop (the other 2 don't like them). 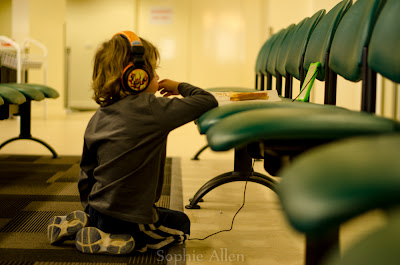 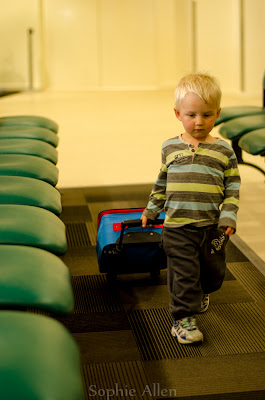 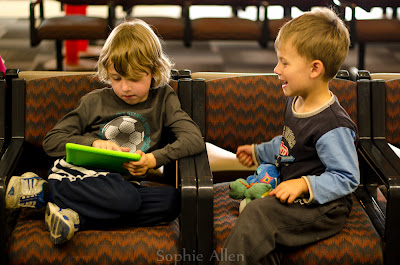 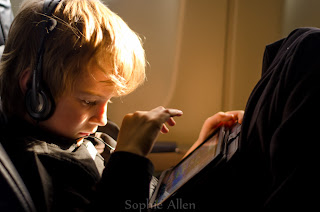 On the last flight of the day. 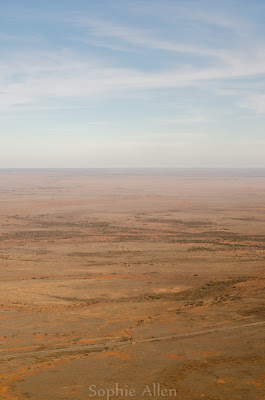 We finally had made it to Broken Hill. 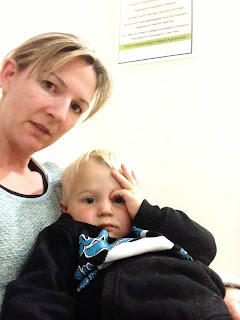 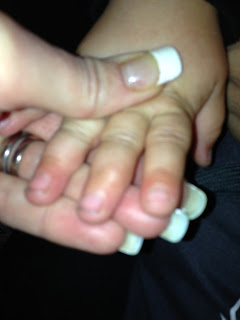 And then, 3 hours later were at the ER checking out a suspected dislocated 2 yr old finger.   Thankfully it is ok, but we check have to follow up on the lump in a couple of weeks if it doesn't heal.


Come visit my first ever Photography linkup!  Read about it here.