To excavate or obliterate, that is the question. 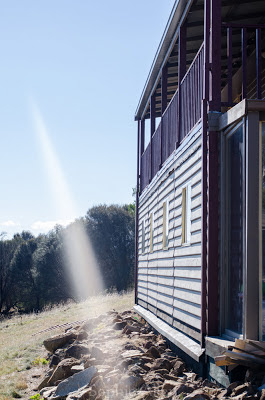 So some of you may remember that we were in the process of getting approval for an extension/renovation here at The Oaks.  I haven't said much about it for awhile and figured it was about time I shared some photos of what is going on here.  And it of course has nothing to do with the fact that I need help.

There are big changes to be made at the back of our house, and that means big decisions, ones that need to be made soon.  Like today soon.  No pressure though, really.

(A before shot of the front of the house, to be demolished.) 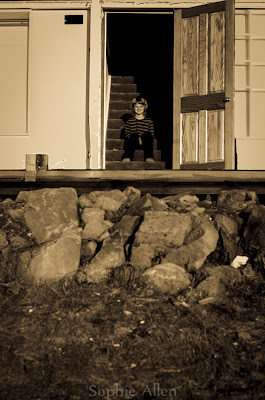 Legoman sitting at the bottom of the stairs that led to his bedroom.

The first stage of the job was demolition.  They did this whilst I was in Broken Hill with the boys during the last holidays.  Lucky that, considering it meant completely taking away our lower level, plus the deck above it.  We lost 'two' bedrooms (they were not very big and one was actually the unused entry hallway/study.  Now we have 3 boys in one room, and Pichu is in our room in his little toddler bed. 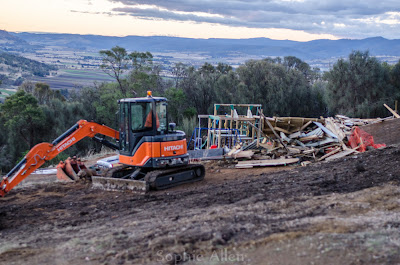 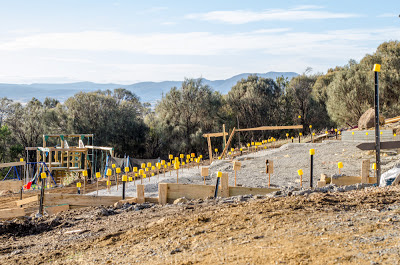 This section will be double story. 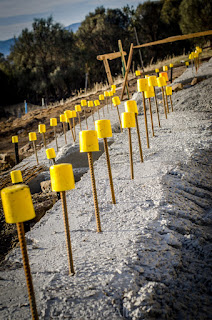 Now they have broken ground (and our slide, tonka truck, solar lights and phone line), digging the foundations and beginning to fill them with concrete.  Nothing moves quickly it seems, except the demolition stage which made drastic changes almost instantly.

Problems arise, not completely unforeseen ones, yet incredibly annoying all the same.  At the back of the house they have come across a large boulder.  It was just not going to budge using the excavator. 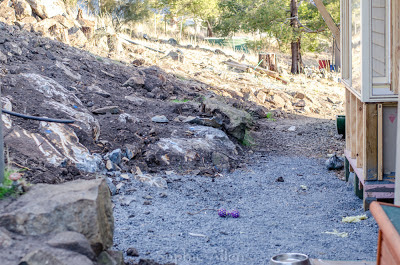 Apparently the tip of a dolerite rockberg.

This of course is not in the contracted price.

We have two options.

1) Blow it to smithereens!

The cost to remove the boulder is going to be around 4k, using explosives.  Sounds pretty cool!  No.. it's not.  Very uneventful I was told after inquiring about the show we could expect.  The boys had many questions about how it would be blown up, referring to TNT and their beloved Minecraft.  They are quiet the TNT artists themselves you know.  Always the sensible one, Voltorb was happy to know he would probably be at school when it happened, yet concerned about his computer, fearing for it's safety.

We have had another contractor up to survey the situation.  He believes he can move the boulder and also terrace the back hill for approximately 5k, using a 20 tonne excavator.  On the surface this does seem like the more logical choice, as we had wanted more space at the back and have been umming and ahhing how to landscape it.  We would also push the dug out dirt and rocks over to the other side of the house to raise that up to be level.  The only drawback is that in the (hopefully unlikely) situation that he cannot move the boulder, we would still need to have it bombed anyway.  Though at that point it should be a much smaller boulder if he manages to break it up considerably, and therefore alot less then 4k.

If the back was terraced it would mean we have a fair amount of level space to play around with, a bit of a novelty for us (one of the drawbacks of living on a hill is having very few flat areas).  But it has a very 'one with nature' feel about it and this would make such a massive change to the landscape. 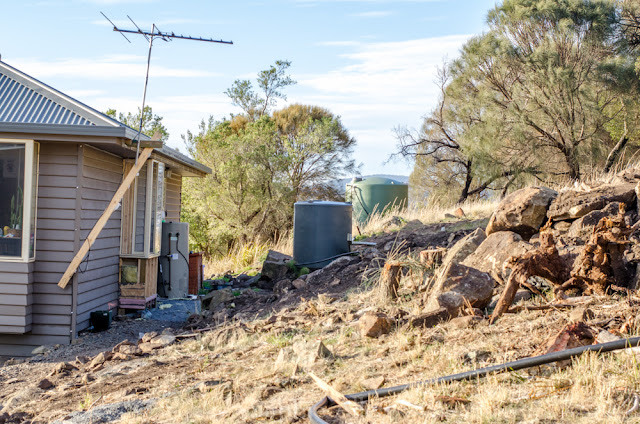 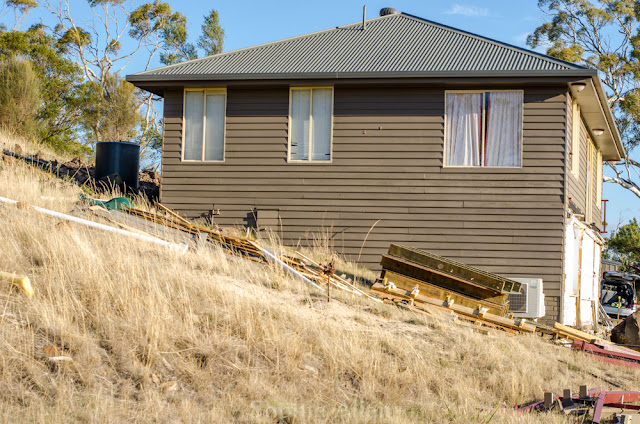 This is the side we are considering leveling out a bit more with the excavated dirt taken from behind the house. 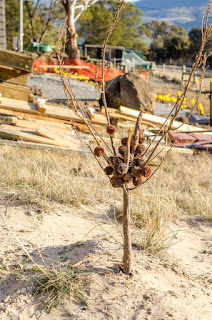 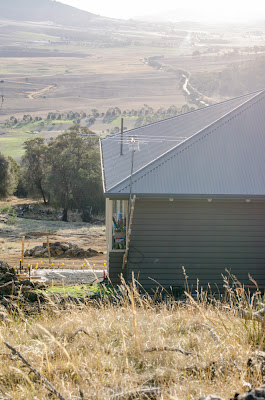 It is quite alot of dirt that has to be moved.

So tell us what to do!

I am linking with Essentially Jess, for IBOT (I blog on Tuesdays).