Back to the salt mines!

Well, minus the salt.

After our foray to the dry creek bed we moved onto Day Dream Mine.  This is a tourist attraction just outside of Broken Hill.  A tour guide leads groups through the once working Cornish silver mine.  It was discovered in 1875 and mined by Cornish men and women.

By freakish coincidence we actually ran into some of our relatives that had, just the night before, arrived in Broken Hill for the weekends festivities for my Dad's 70th.  It was a lovely surprise and during the tour it was fantastic to have my cousins along, offering helping hands to our boys when needed.   My Aunt and Uncle, who decided not to go on the tour, offered to look after Pichu for the duration.  But I couldn't do that to them..  and if you have ever seen my Tanty Files you will understand.

So the Cornish were short people, so there was not alot of head room in the mine, actually in some parts, no head room.  So like hunchbacks we stooped through winding tunnels of rock and earth, supported occasionally by thick chunks of tree.  I hit my head more then once, luckily we all had hard hats on.

This tour is not for the faint hearted, claustrophobic or probably 2-4 year olds as we soon discovered.   Coder had to carry Pichu most of the way, and I had hold of Oshawott, often walking backwards down rocky inclines so to shine my head lamp to light his way.  The ground was uneven at best and almost impassable at worst.

Thankfully since the miners have moved out there have been some improvements.  Lights, railings in places and even some slops of cement in places to fashion make shift steps.

Half way through the tour, Legoman, with great wisdom of a 9 year old, declared that he no longer felt safe and would like to leave now.  Unfortunately with just one guide for the group this would have been even more unsafe of course, so we had to push on.

Naturally I took along the Nikon, with flash attached, so I was not only protecting the 4 year old, keeping a close eye on the 7 and 9 year olds, but also trying to keep the camera safe.

It was quite the expedition. 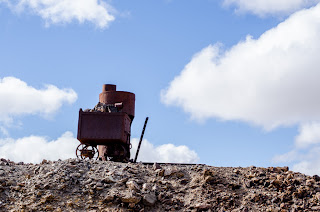 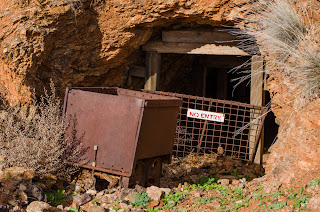 NO ENTRY.
Well, except you, you and you.. basically any of you that paid your $30. 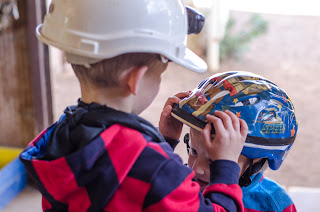 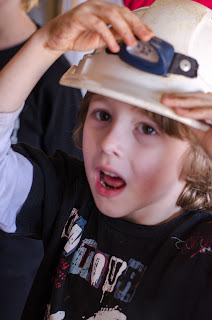 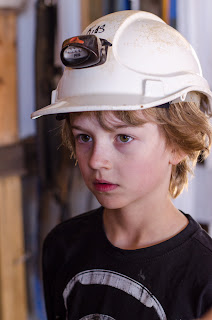 There is nothing funny about mines. 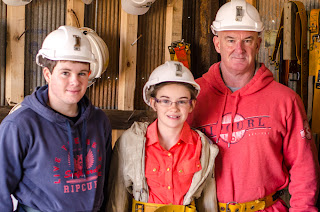 Some of my cousins. 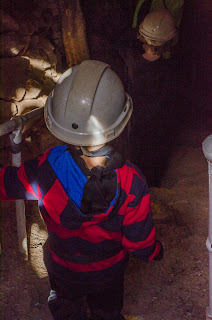 Leaving behind the sun. 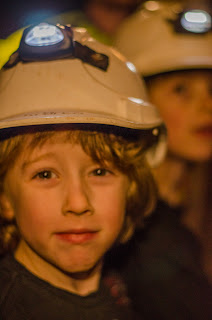 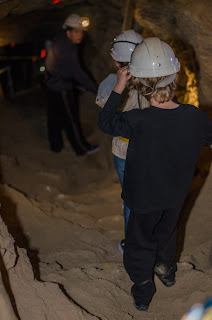 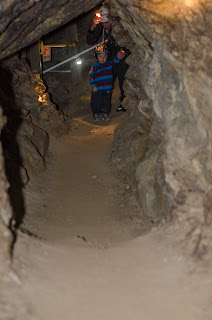 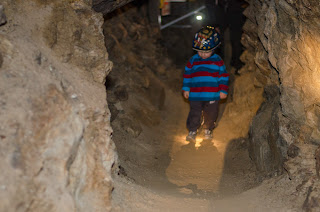 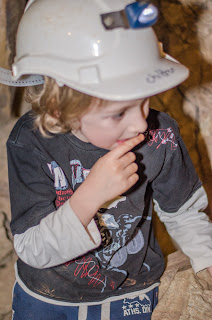 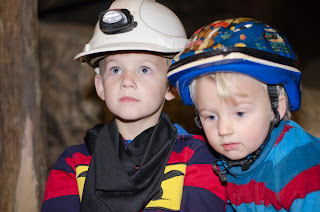 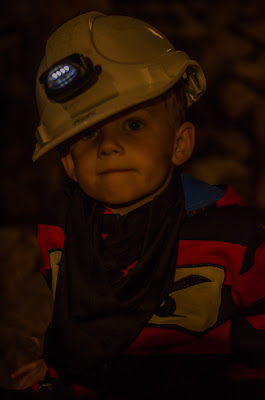 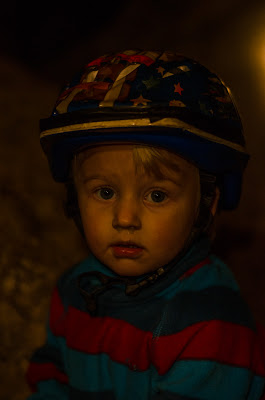 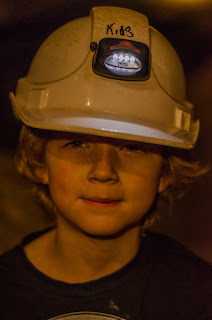 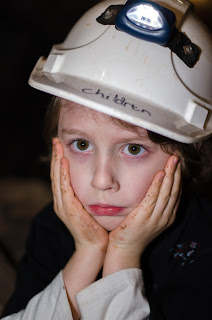 Not so sure about this anymore, plus missing my clay ball. 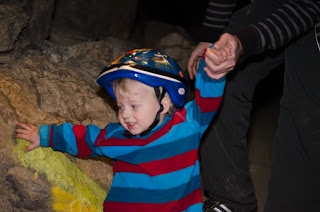 Well some of us were having fun. 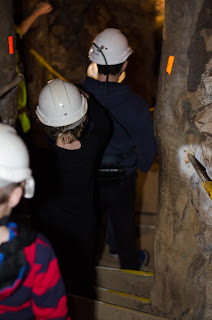 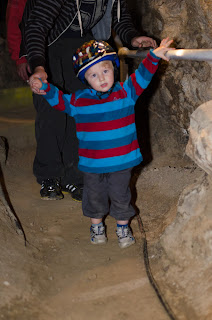 Hold on for dear life. 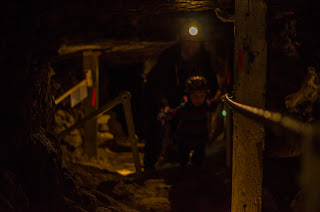 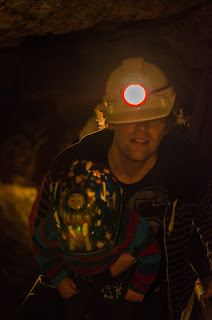 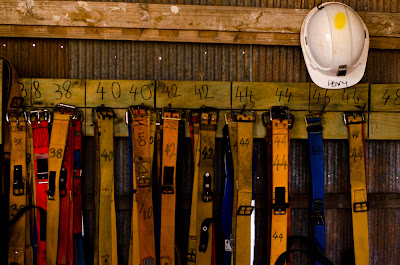 I am linking up with Essentially Jess for IBOT (I blog on Tuesdays).