I am slowly going to bore you all to death over the next few weeks, by catching up on many events that have passed in the blur of the Holidays.

With my sister's family visit coming to an end in just a few days we were trying to fit as many of the requested activities in as possible.  So I took a load to the Zoo, others went berry picking and the rest stayed home to babysit and/or do some odd jobs around the house.

It was New Year Day, and not very busy which was nice. I took 5 kids to our local mini Zoo.  It's called ZooDoo, and is in Richmond Tasmania.   It was just a quick afternoon excursion, but we did manage to squeeze in most things; goat pestering, bunny chasing, meerkat ogling, tiger awe, lizard and snake petting, safari bus ride from hell, emu horror, alpaca slobber, camel head dodging, devil viewing, merry go rounding, ball pit shenanigans, water ball fun and even an ice cream! 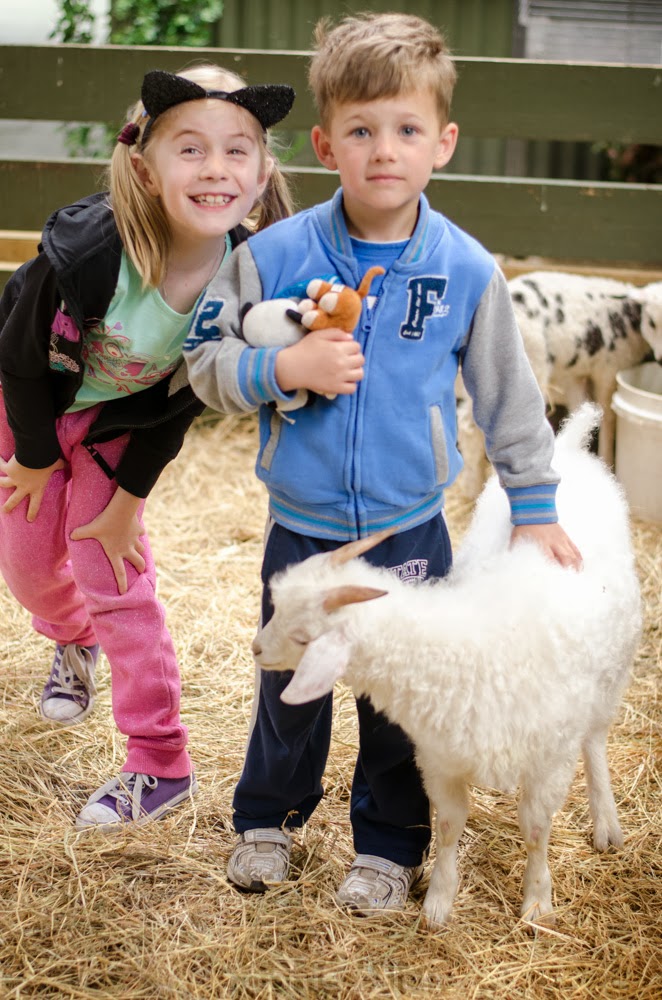 First stop was the ever tolerant farm animals. 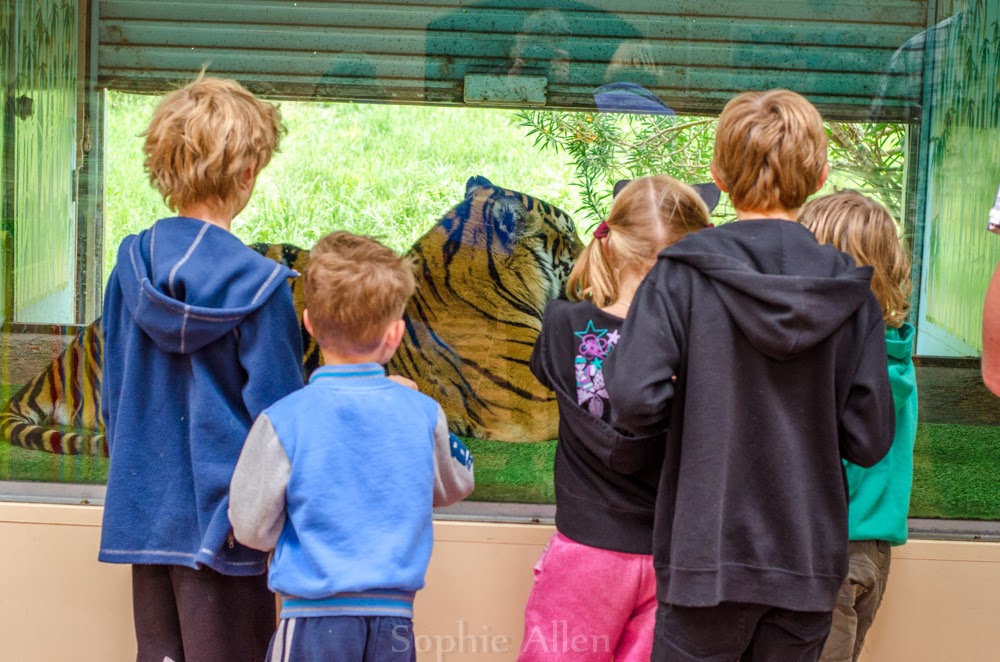 It was pretty cool to be so close to a tiger.  The glass on the tigers side is black, so it doesn't have to put up with being stared at all day. 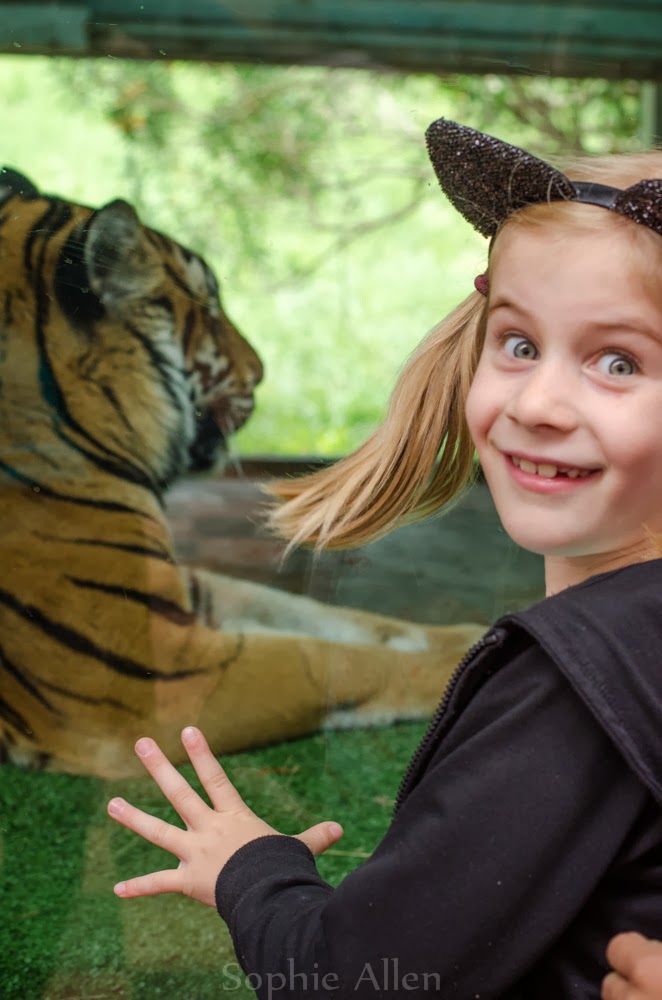 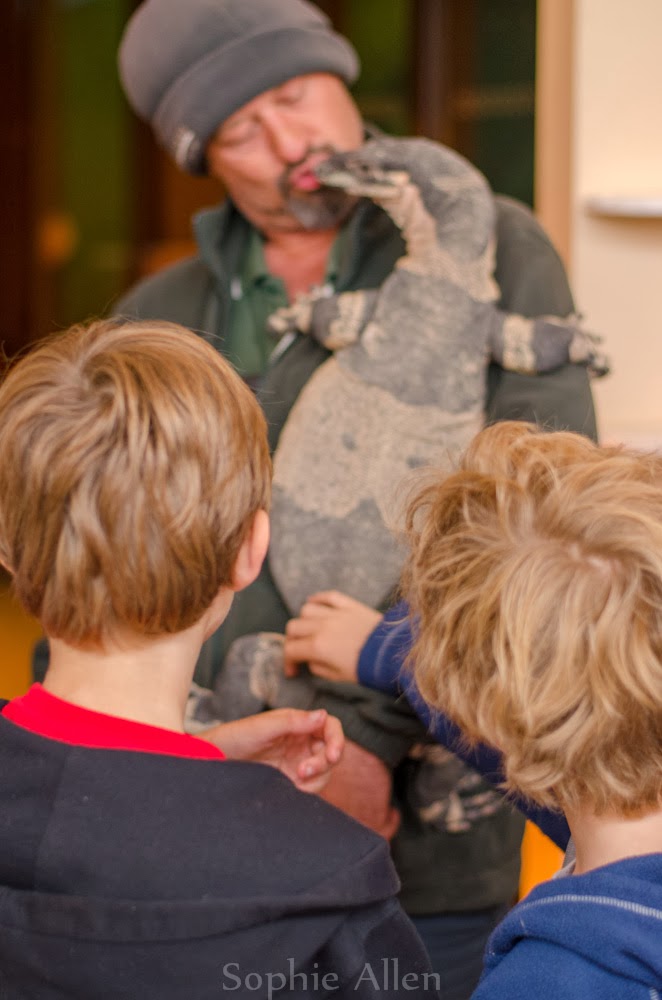 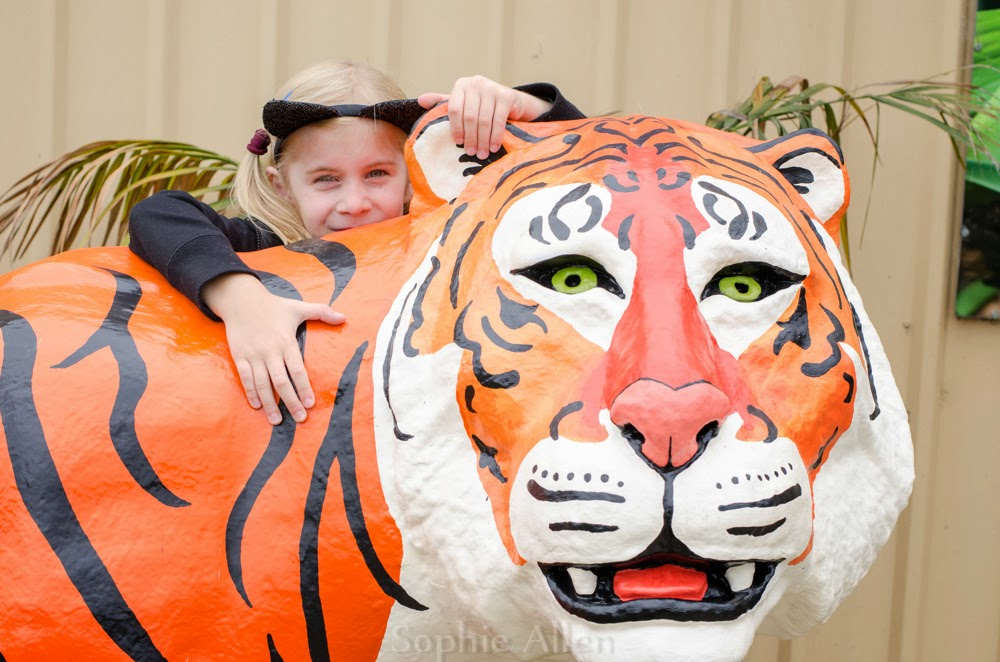 No Zoo visit is complete without posing with an oversized animal statue. 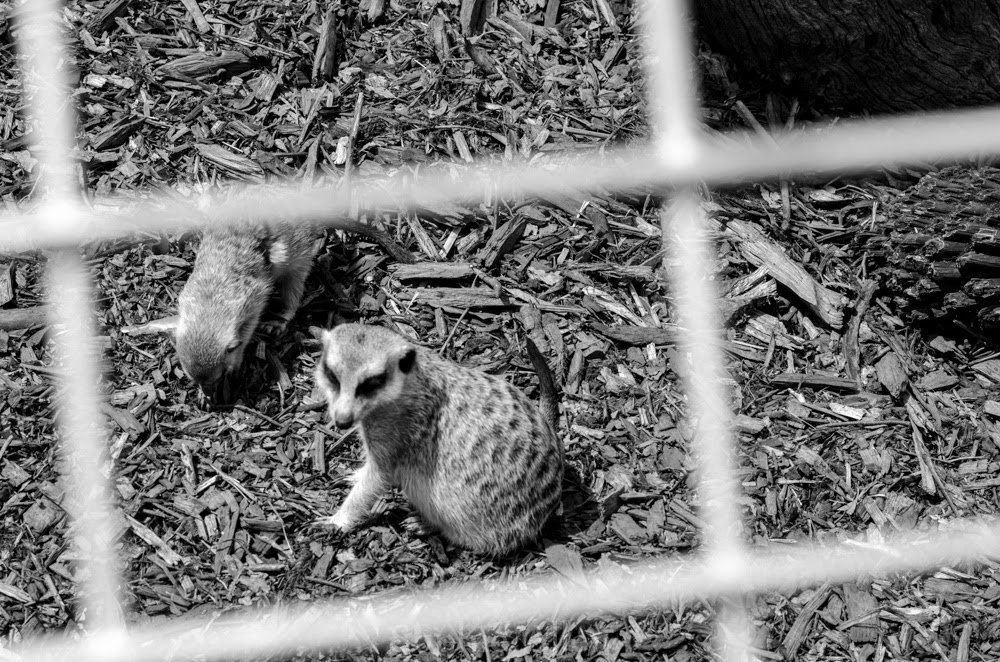 These Meerkats were so little compared to others we have seen at different zoos.  They are a new addition to ZooDoo and are incredibly cute. 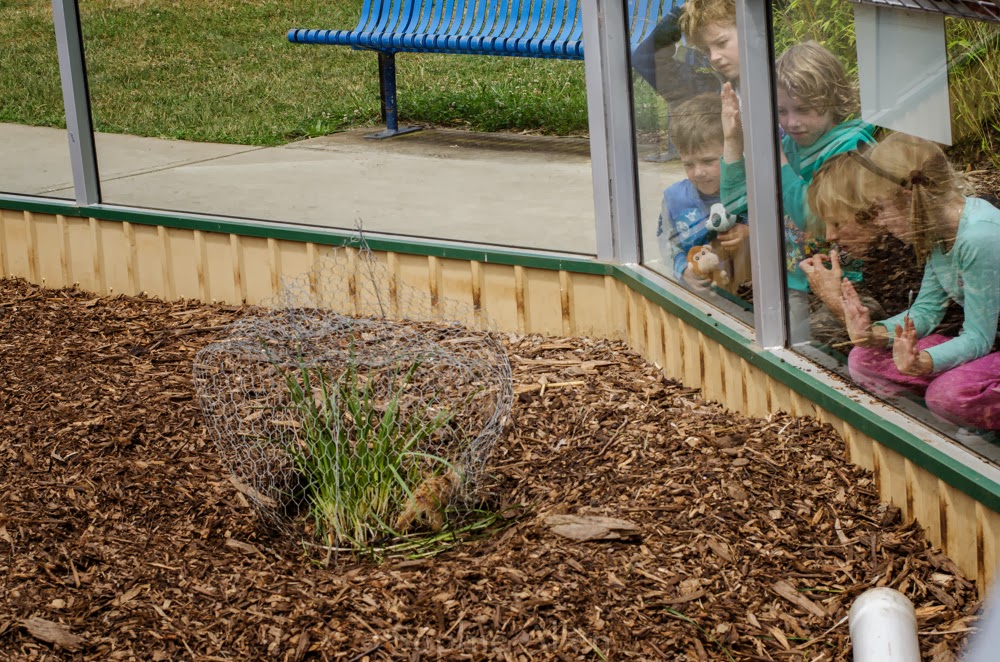 The repeated breaking an entering technique displays were fascinating to spectators. 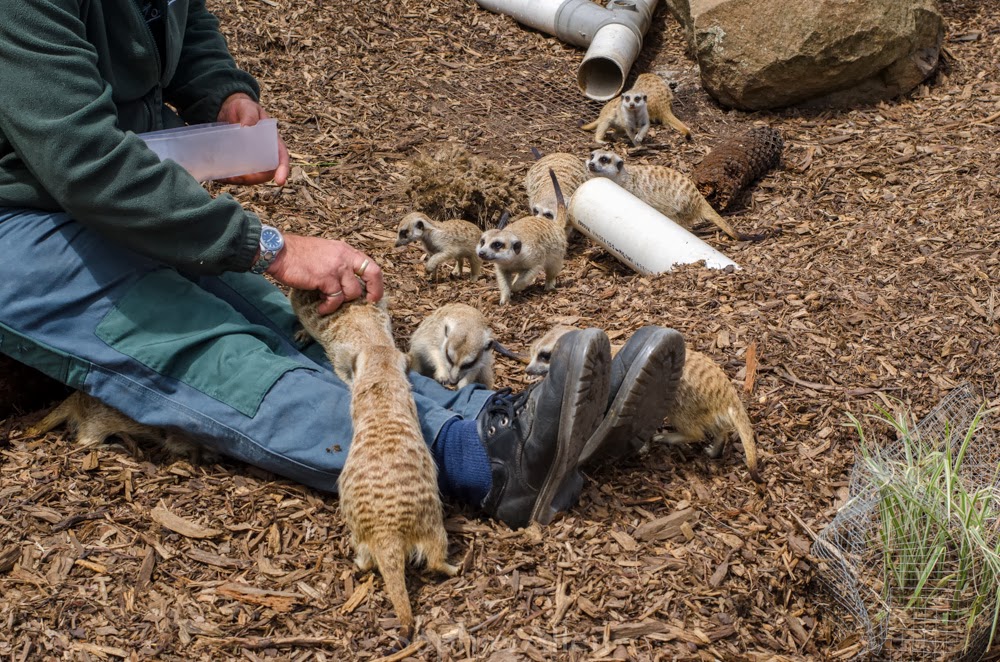 Meal worms for all! 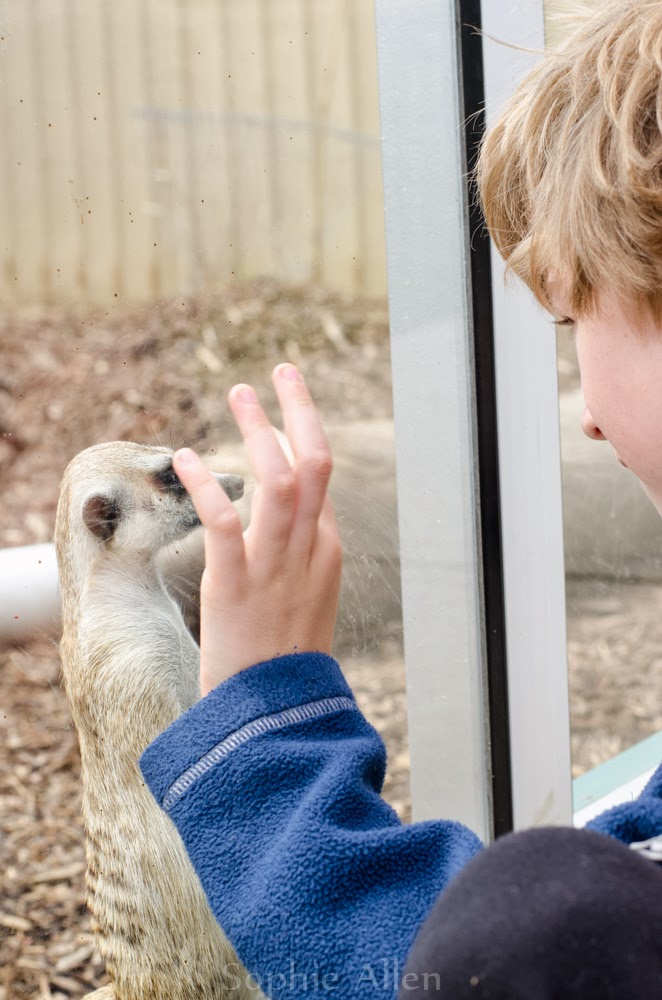 Legoman up close and personal with his favourite animal. 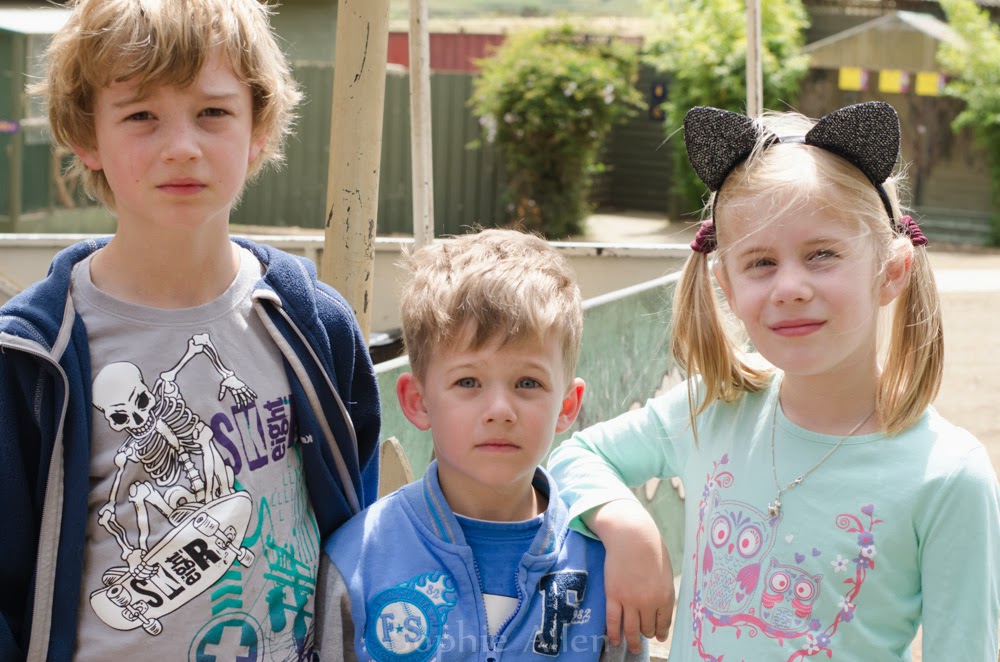 Are we having fun yet? 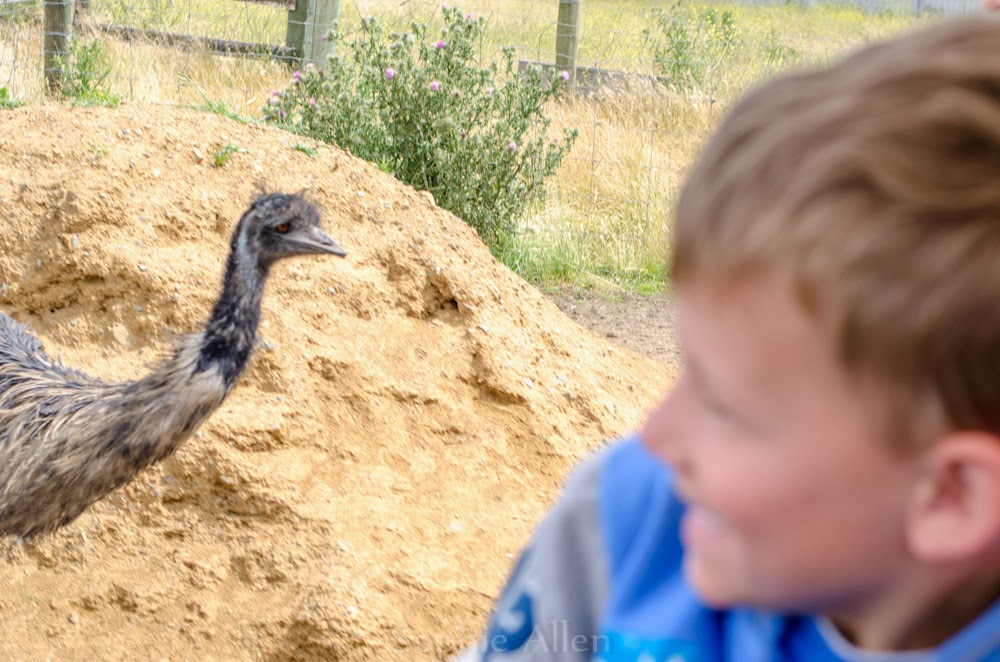 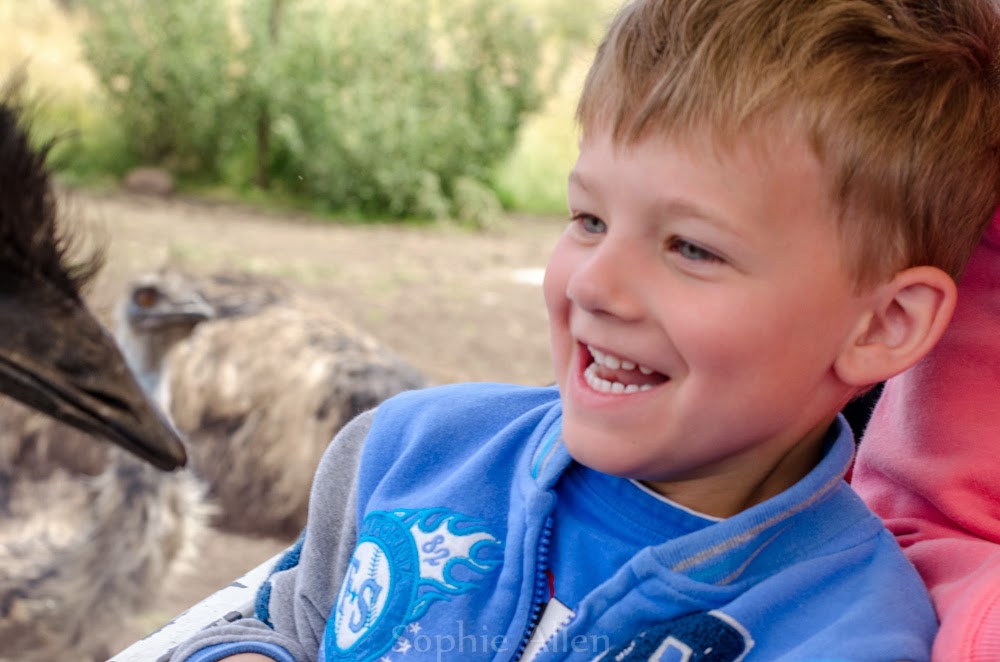 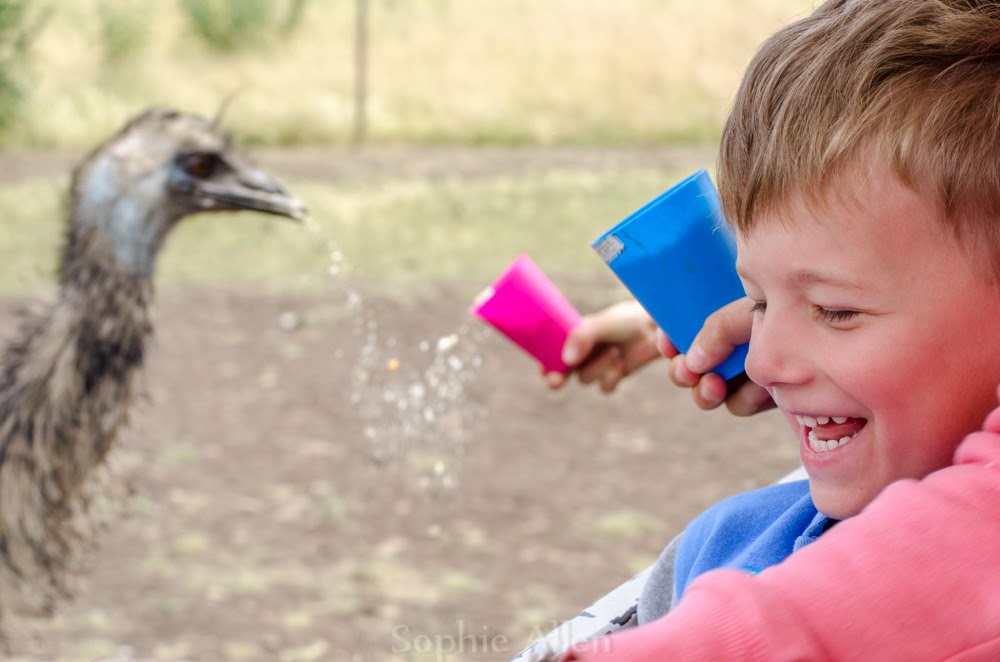 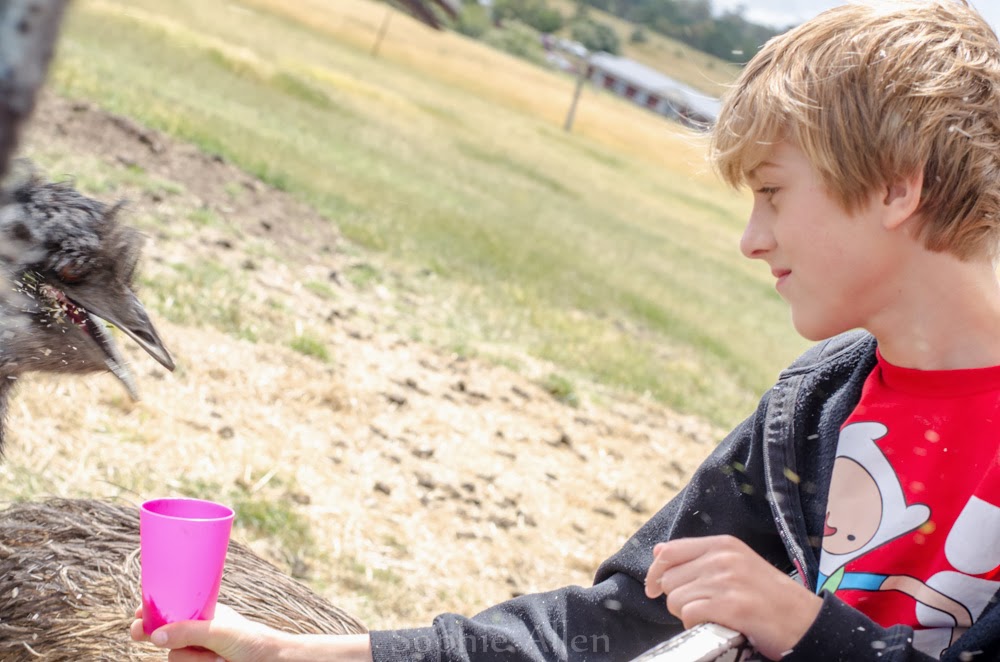 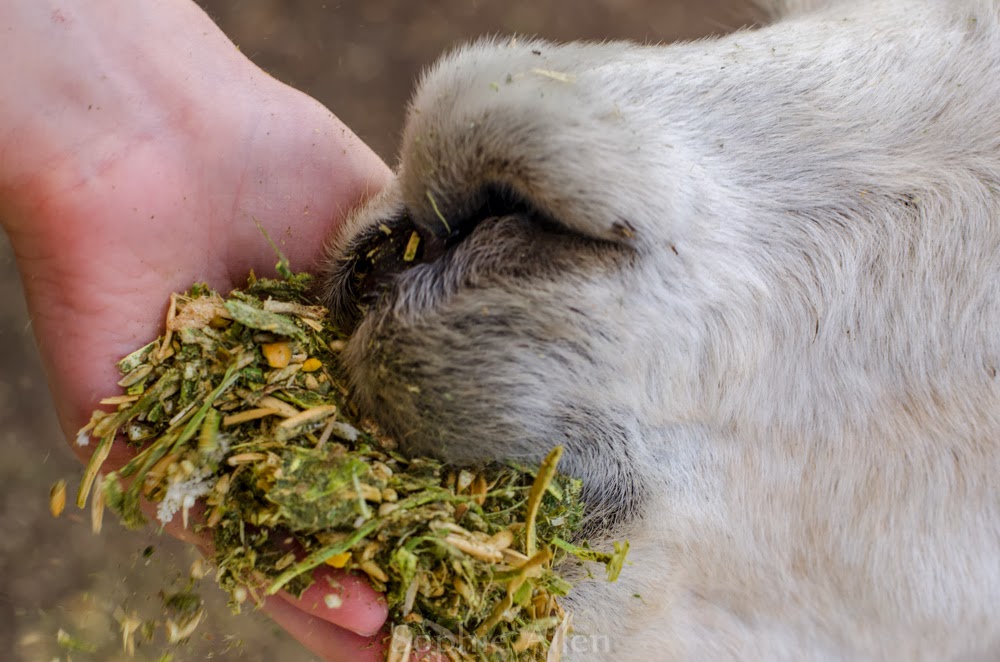 At least the alpacas were slightly more polite. 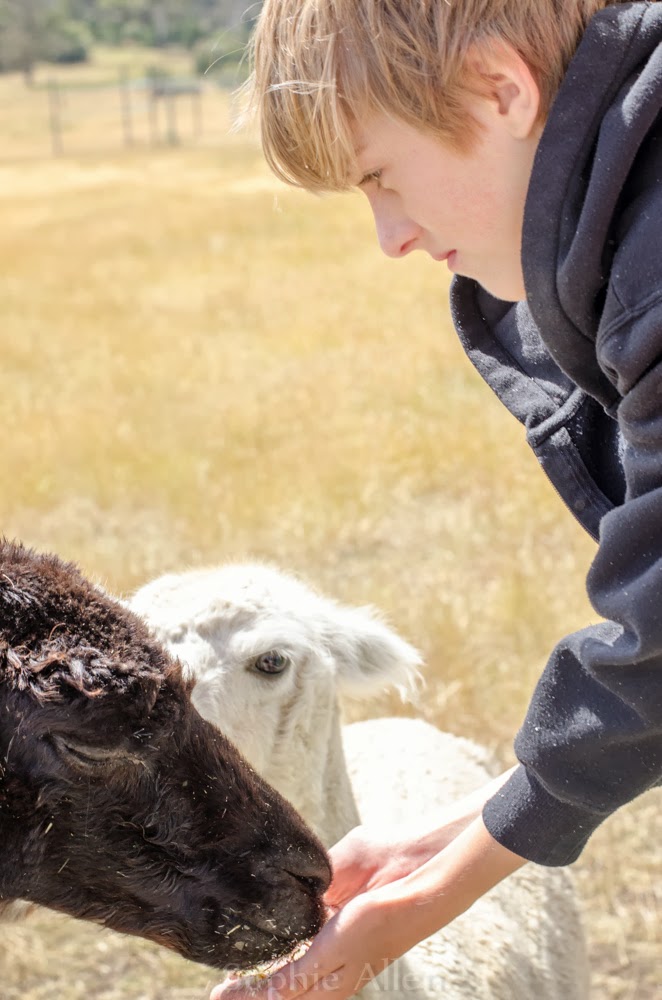 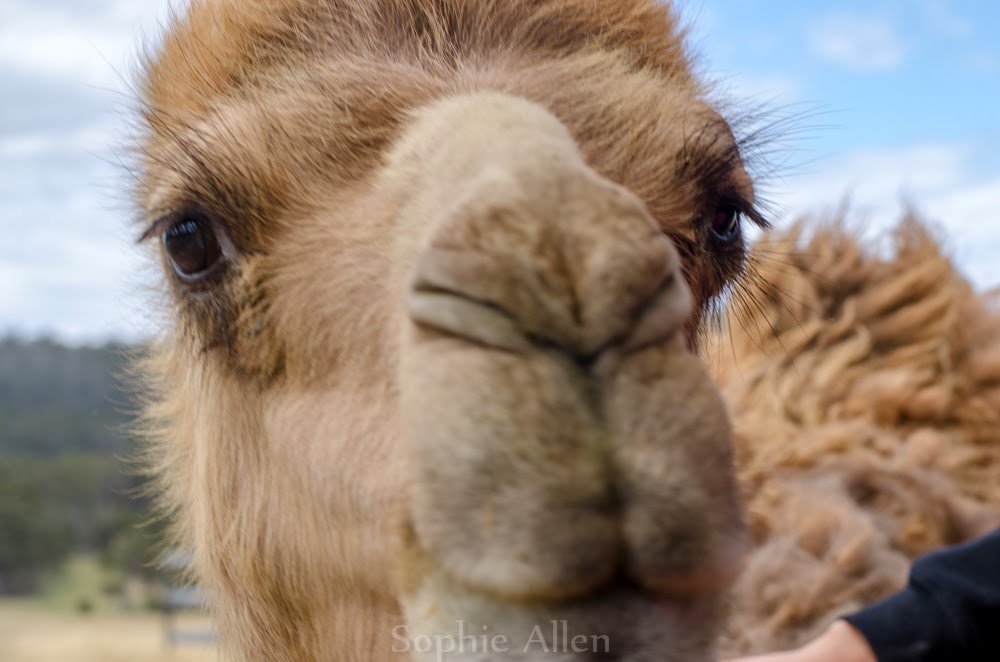 What's that you say? You want warm moist camel breath on your neck? 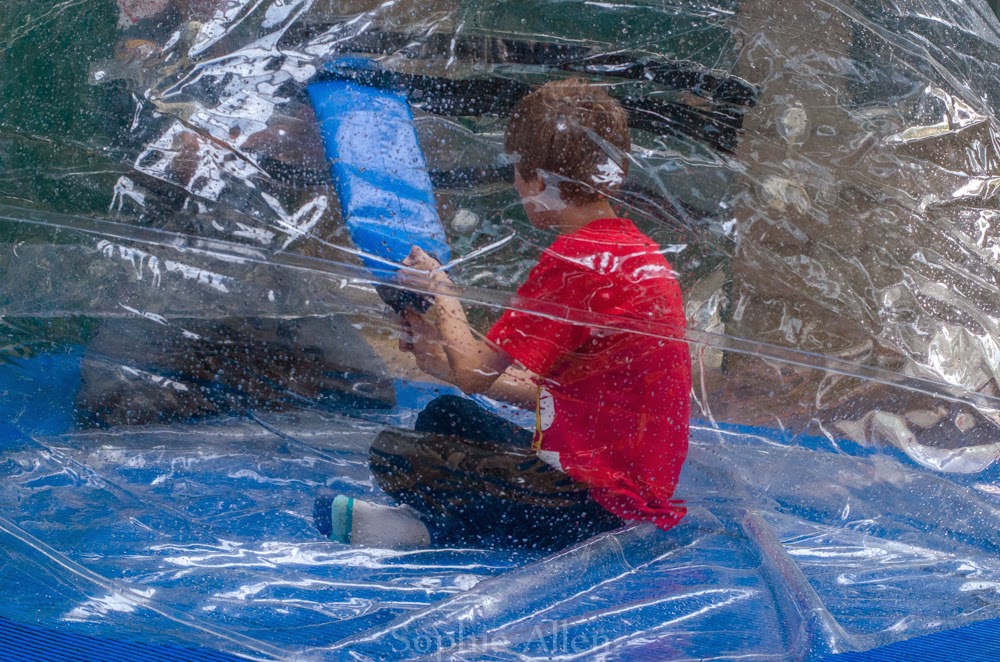 We finished the day in the gigantic inflated water balls. 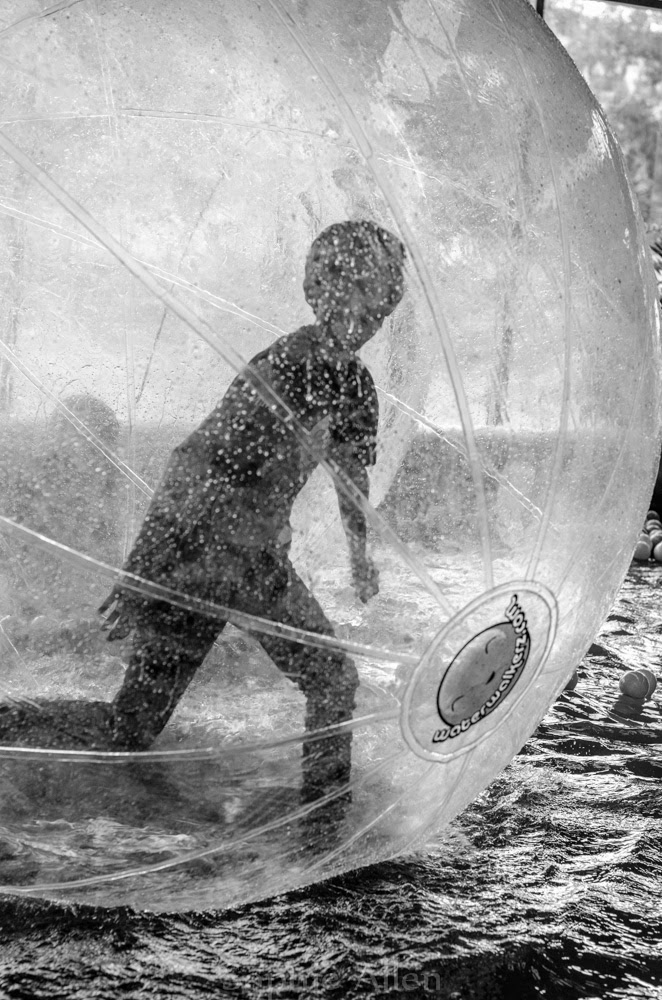 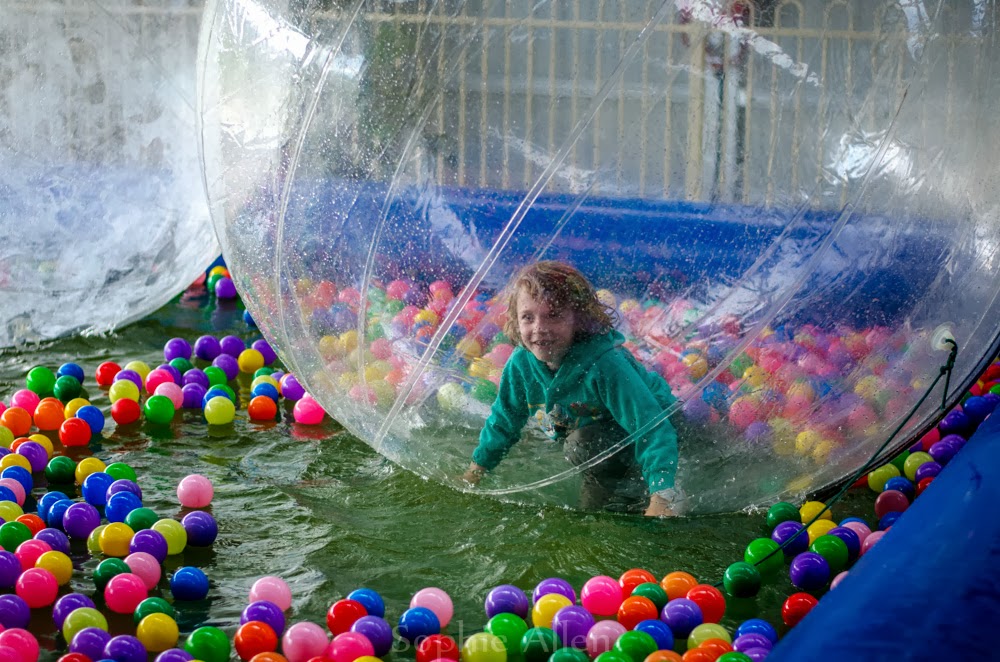 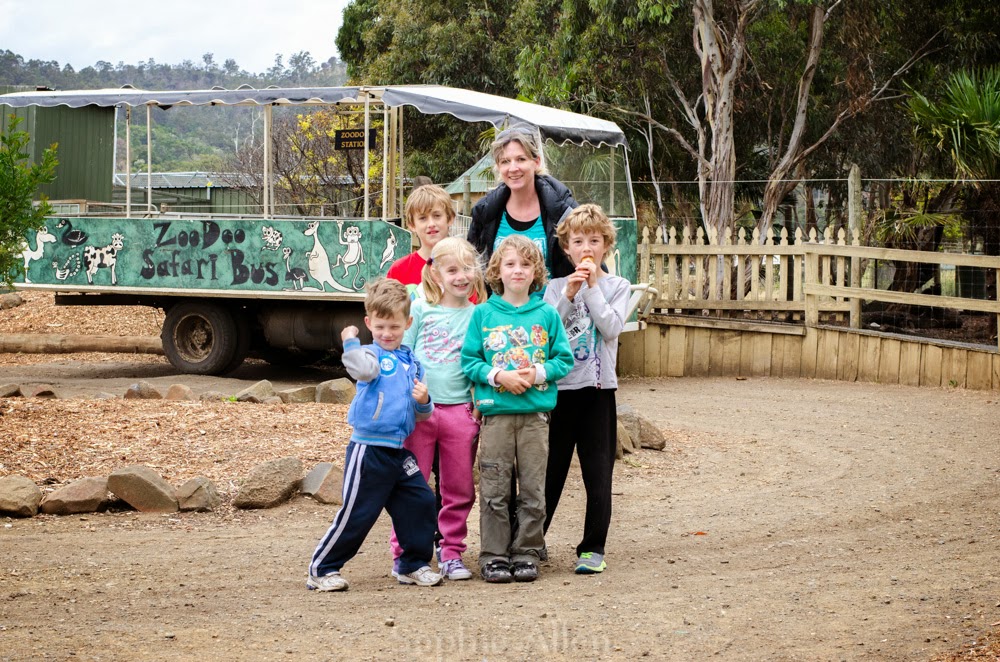 ZooDoo done and dusted. Behind us is the Safari Bus that took us to visit the emus, alpacas and camels.  The bus driver was quite rude to be honest, making everyone pack in like sardines so you could hardly even twist to feed any animals!  It was really hard to even get any photos because of the cramped seating arrangements.  It was uncomfortable at best, as most people were strangers, and you were practically on each others laps!