A walk in the park.

The weather here in Tassie has been just beautiful lately.  After a very mild winter we are easing into Spring with gorgeous sunny warm days.

On the last day of Winter, and the forecast being warm, we headed into Richmond Village to visit the ducks, have some lunch.

It was the first time I had the baby in his carrier.  At first he thought it was pretty good, he was close to Mummy and was still able to see all of the outside "stuff".  Trees were pretty cool, and brothers running around after bubbles was mildly entertaining for a few moments.   It all became old news rather too quickly and he was ready for his first nap in his new carrier.  Reluctance was loud to begin with, but after much jiggling around he decided sleep was probably the best option, and the only way to get Mummy to stop jigging him all over the place!

All was calm.   The boys were playing on the hill and getting stuck in trees,  and the dog was patiently waiting for something exciting to happen.  Coder and Legoman set off to get some lunch, leaving me with the baby in the carrier, the dog tied to the park bench, and 3 boys to keep tabs on as they slid down the side of the hill.

Of course he does.

So with baby in carrier I try to help him go behind a tree.  There was just no other option at this stage.  I cant run him up to the toilet (up stairs and through a playground, then across a field), as dog's for one are not allowed in the other area.  Plus I had 2 other Lord of the Flies children running loose.

Our attempt was categorically unsuccessful and there was wee, alot of wee, all over his undies, track pants, socks, shoes and my hands.

So now I have an almost 4 year old screeching "ow ow ow"  (I mean seriously?!), he won't walk and he still has his pants around his now very smelly ankles.

I somehow wrangle him to the picnic bench, and proceed to undress him, all the while trying to keep the baby asleep in the carrier.  It was quite the spectacle to any onlookers, he was screaming as if I was pulling his finger nails off with pliers.  Luckily I did have a spare pair of undies, and more luckily for him it was a very mild day so he wasn't going to freeze his little tush off.

We had lunch and then a play in the playground as Coder took the very patient dog for a little walk.  Unfortunately a seemingly friendly encounter left Ziggy with a bleeding mouth.  He was being very social and meeting other dogs, when one little viscous demi lion bit him!

He was ok luckily, as the owners of the other dog were very quick to intervene.

Here are a few pics from our day out. 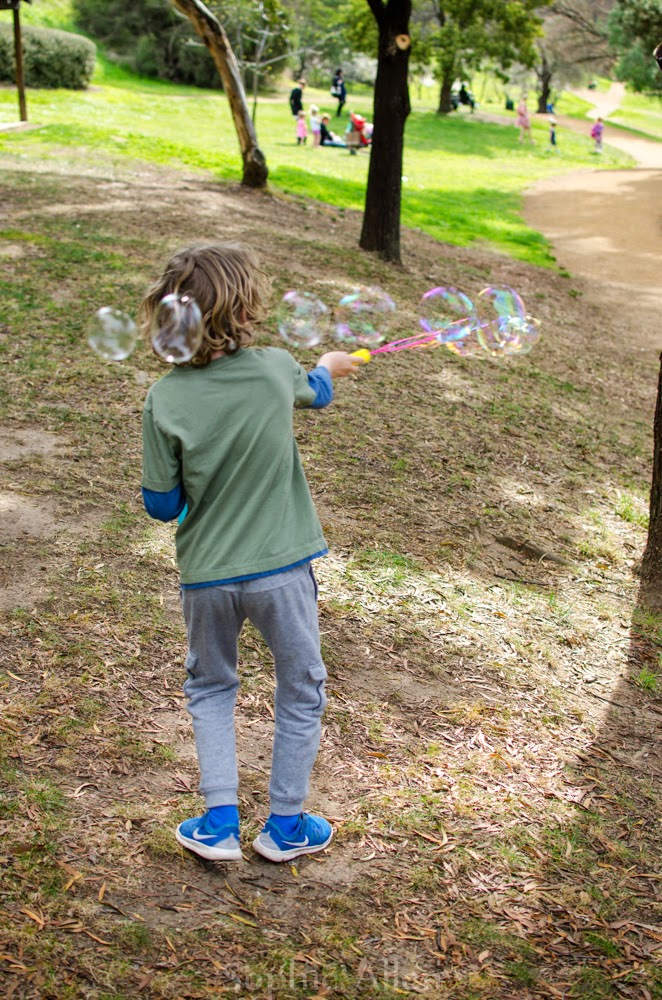 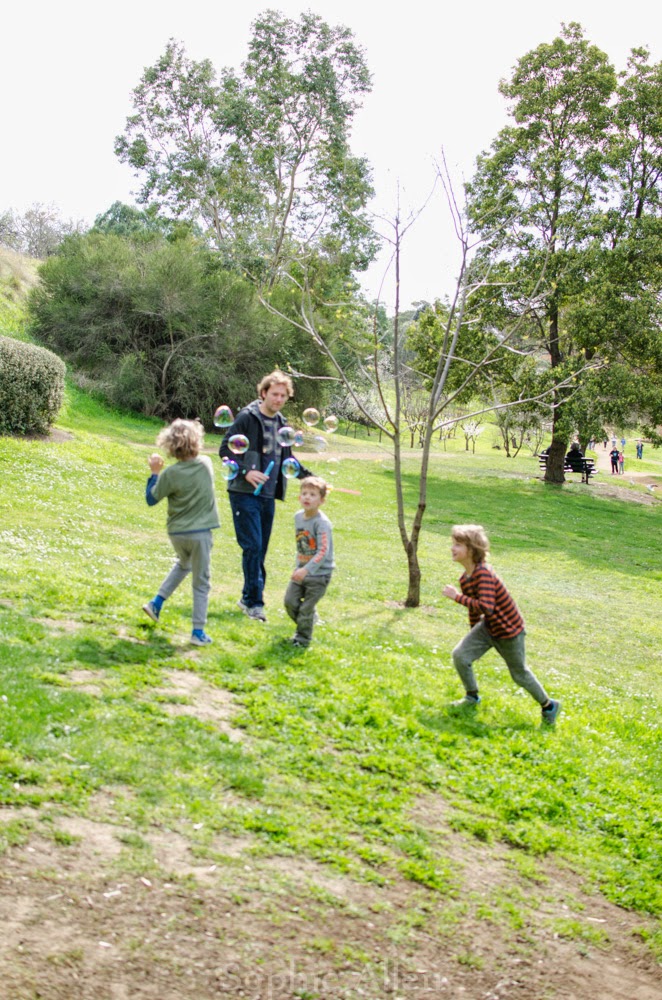 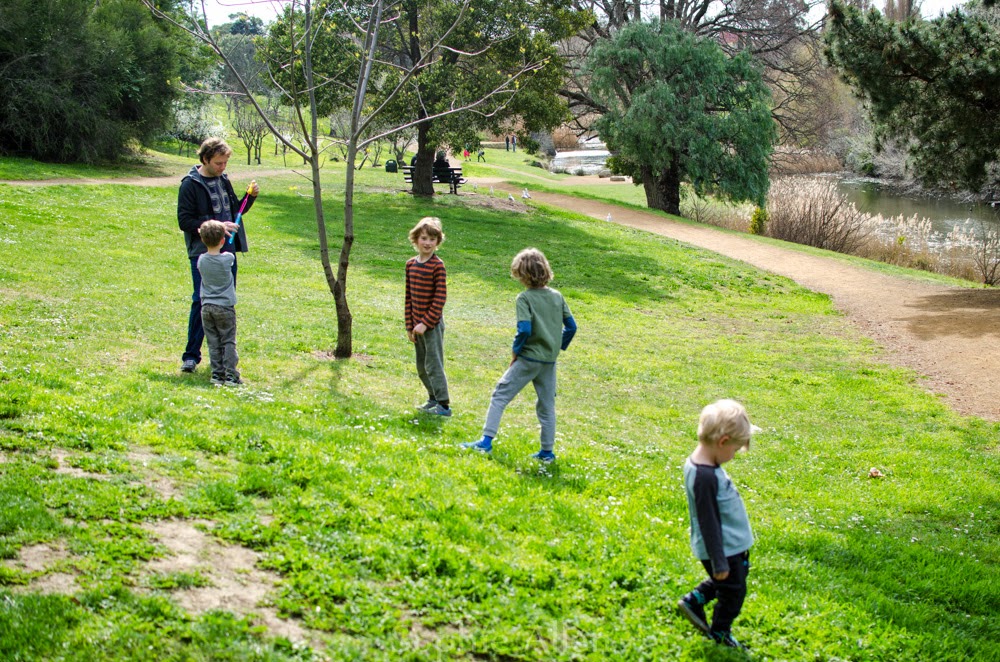 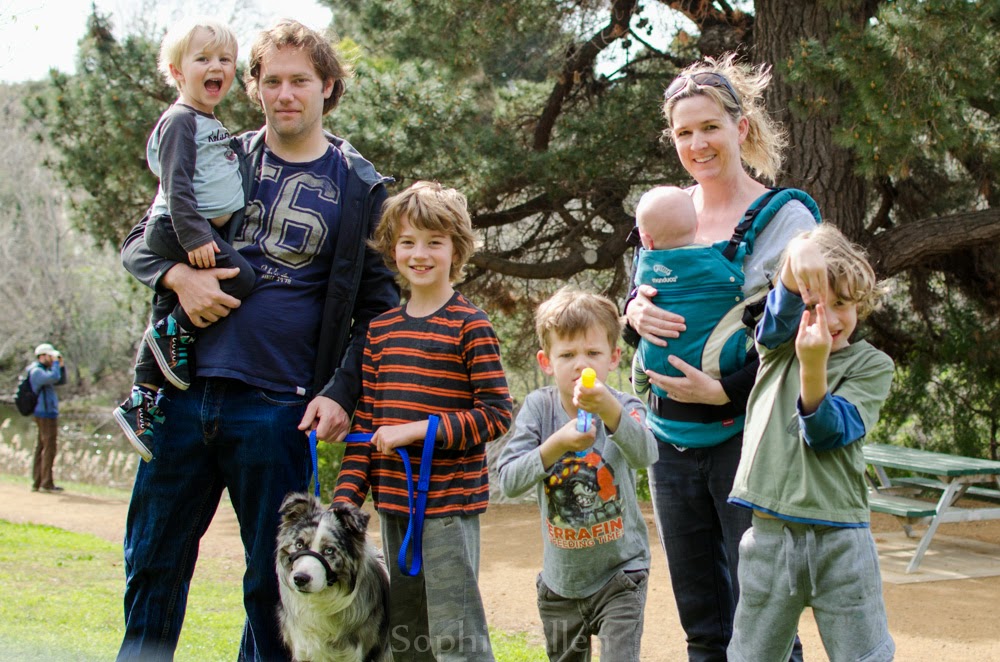 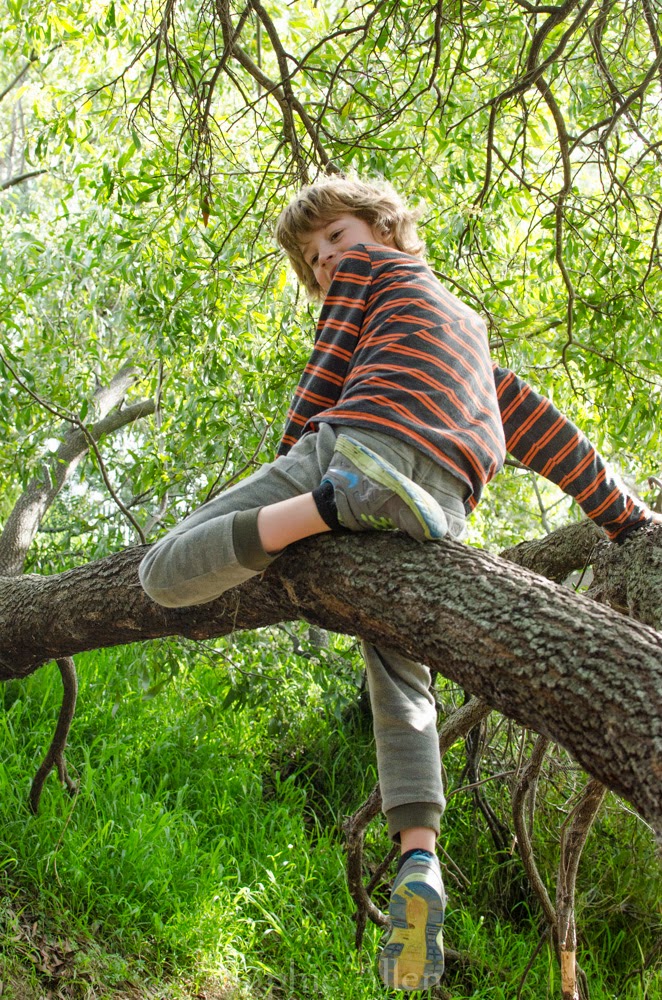 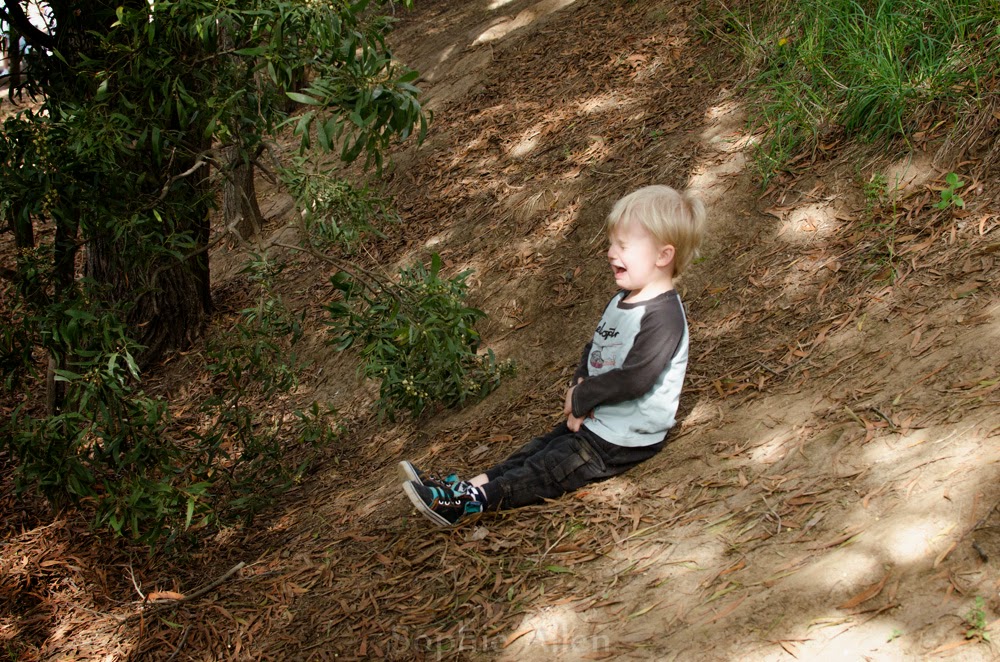 Not happy that he couldn't climb the steep hillside like his brothers. 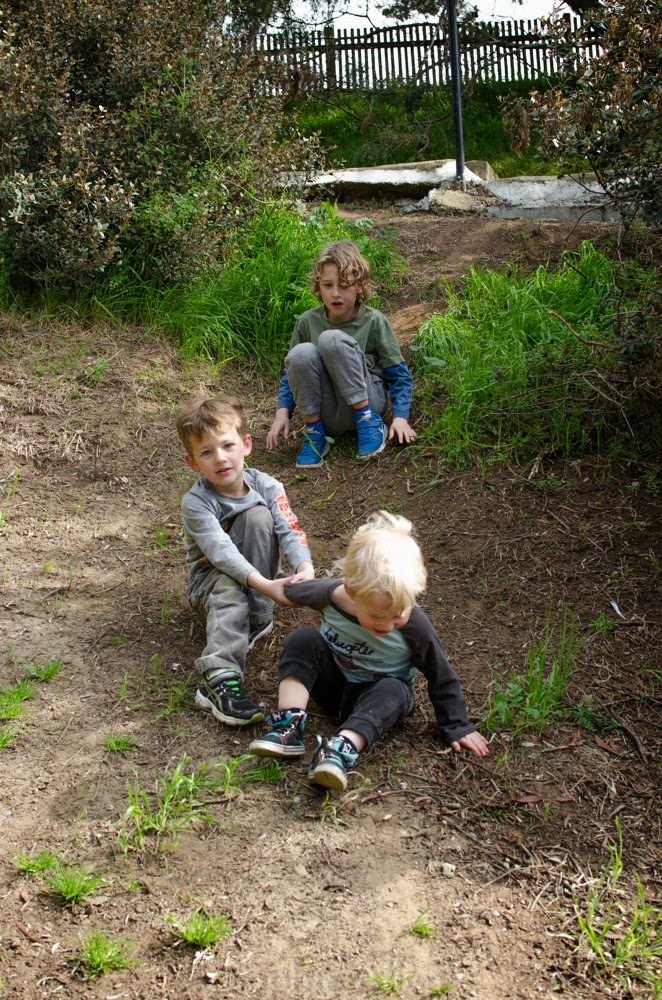 Not so steep here, so with a little help all was good with the world again. 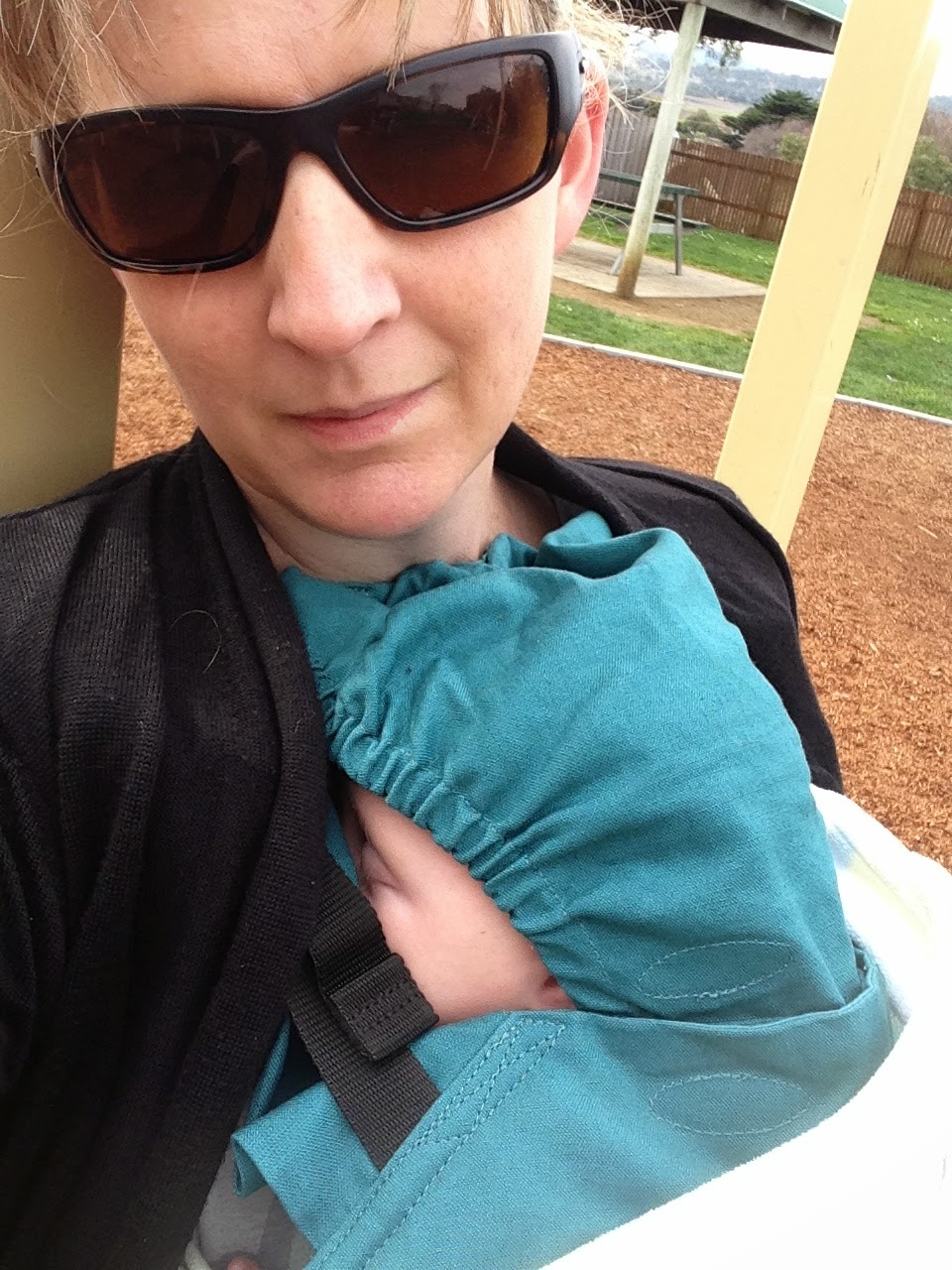