I feel very much behind in keeping track on the blog of the major events of our year.  So here is a Birthday catchup post.

Voltorb has been counting down to his birthday for, well pretty much for a whole year.  Most kids do this I know  But Voltorb has not only been counting down, but also planning certain elements of it.  Like the type of cake he wanted, and where the party would be held.  But most importantly that he was going to invite his best friends over for a sleepover and they were going to stay up all night!  Yeah! 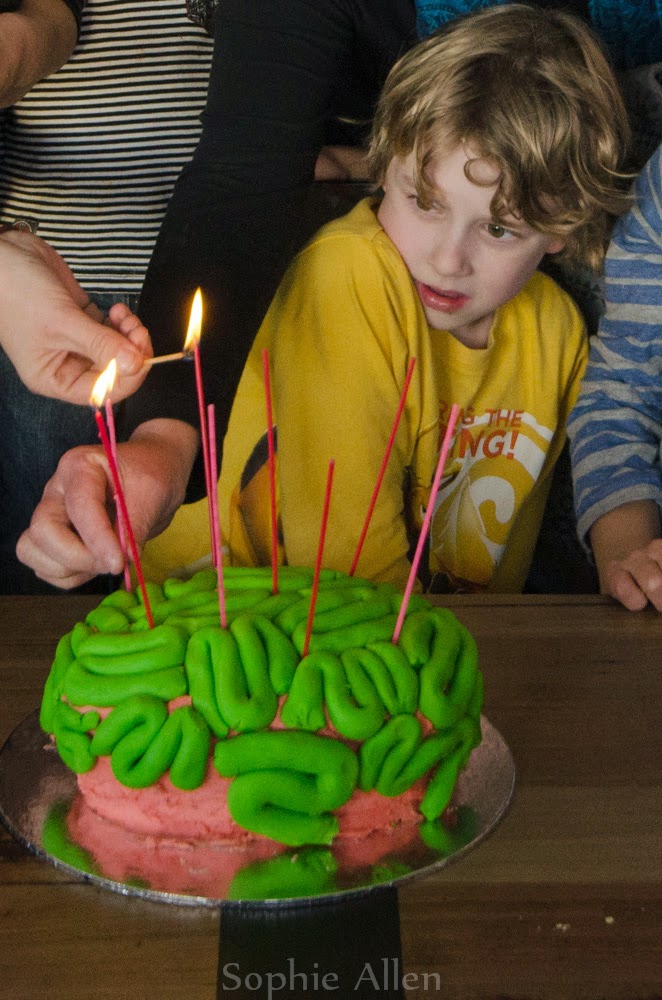 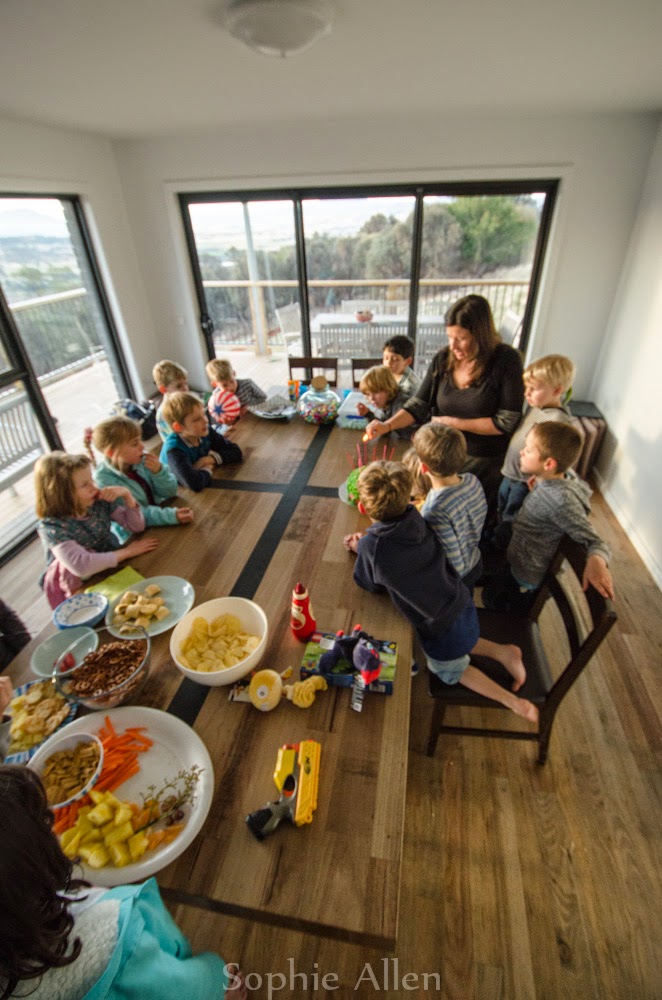 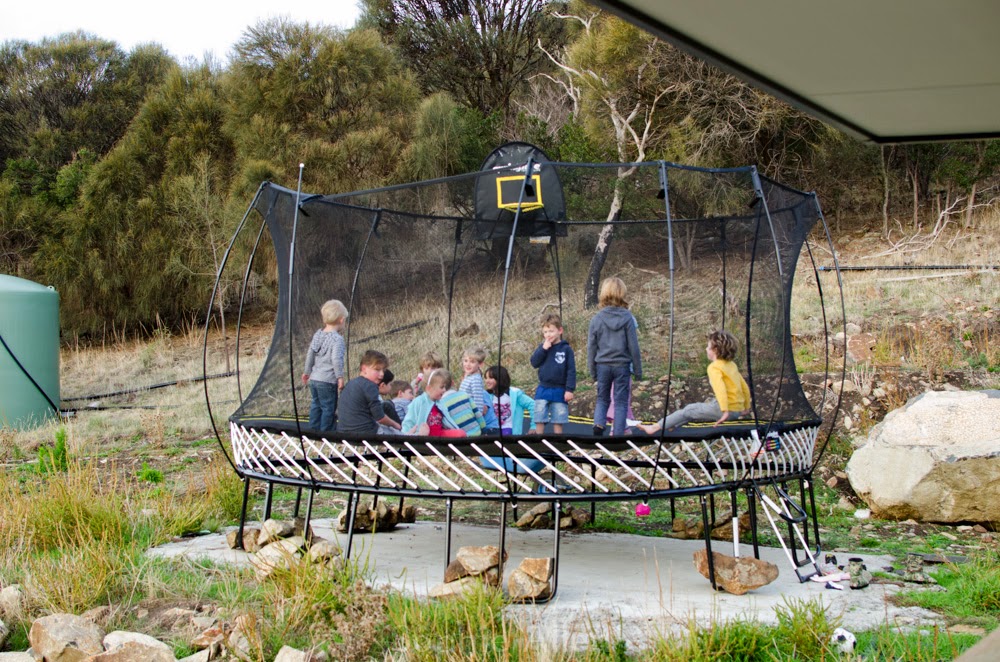 So there may have been slightly too many children on the trampoline.. technically they weren't actually jumping though. 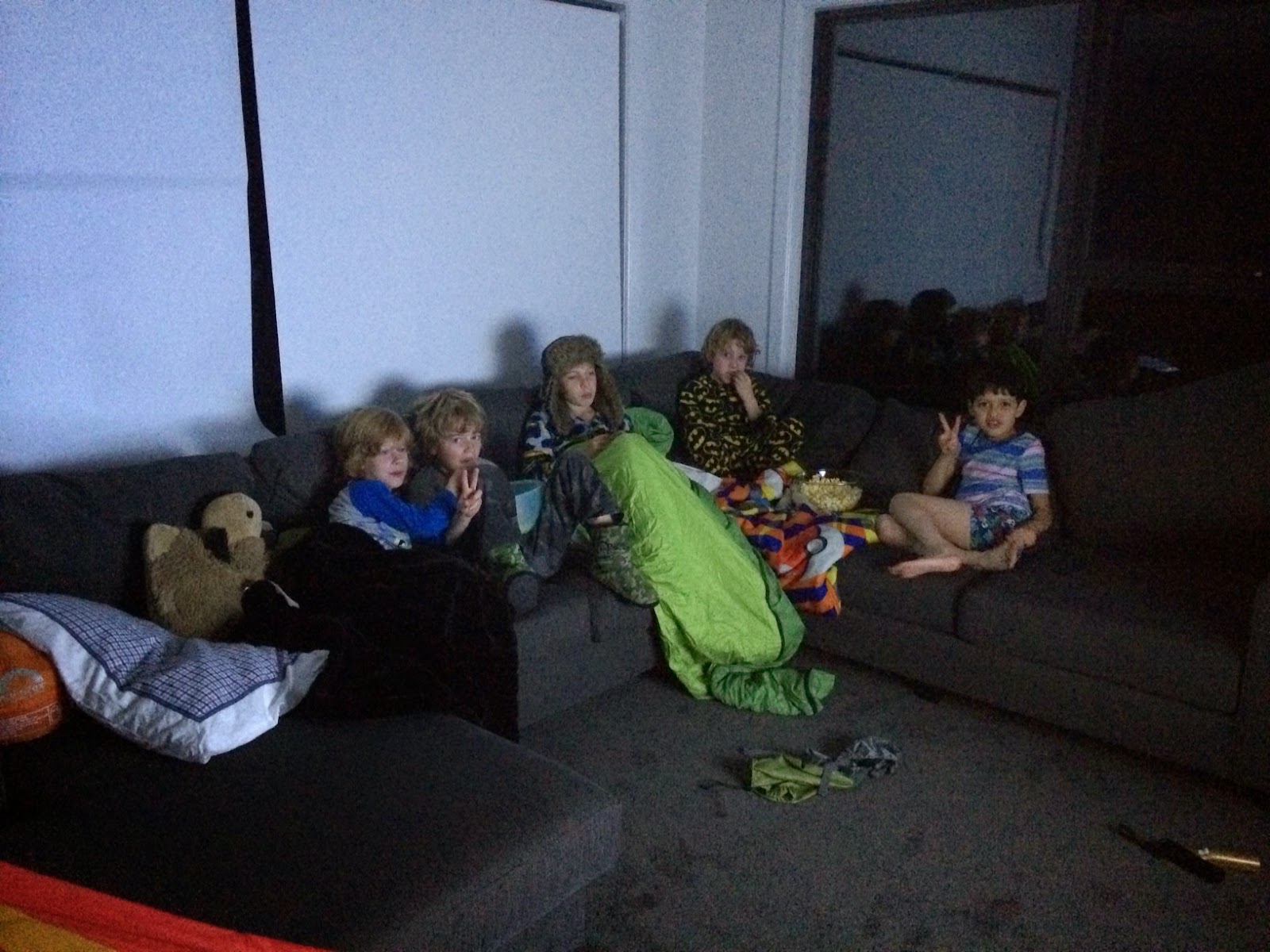 The slumbering in full swing.  Or the lack of it.  They were adamant to stay up all night, and they were doing way too well!  Coder had to tell them at midnight that they had made it to the 'next day' so had successfully stayed up all night, just to get them to go to sleep!

Luckily we had a lovely sunny day, with just a bit of a chill from the wind, for this mass event.  We had invited almost all of the class, plus a few extras.  The brief for the cake was simple, to replicate his current favourite dragon toy.

I had planned a few activities that would occupy the guests and hopefully entertain them aswell.   Colouring competition, decorate your own party box and a dancing game.  These things filled out the time really well, and with eating, cake cutting and present opening, it was all done and dusted in the allotted time.  The kids loved the dancing game, so we ended up playing that one over and over again.  Luckily I was prepared with a heap of little gifts for the winners. 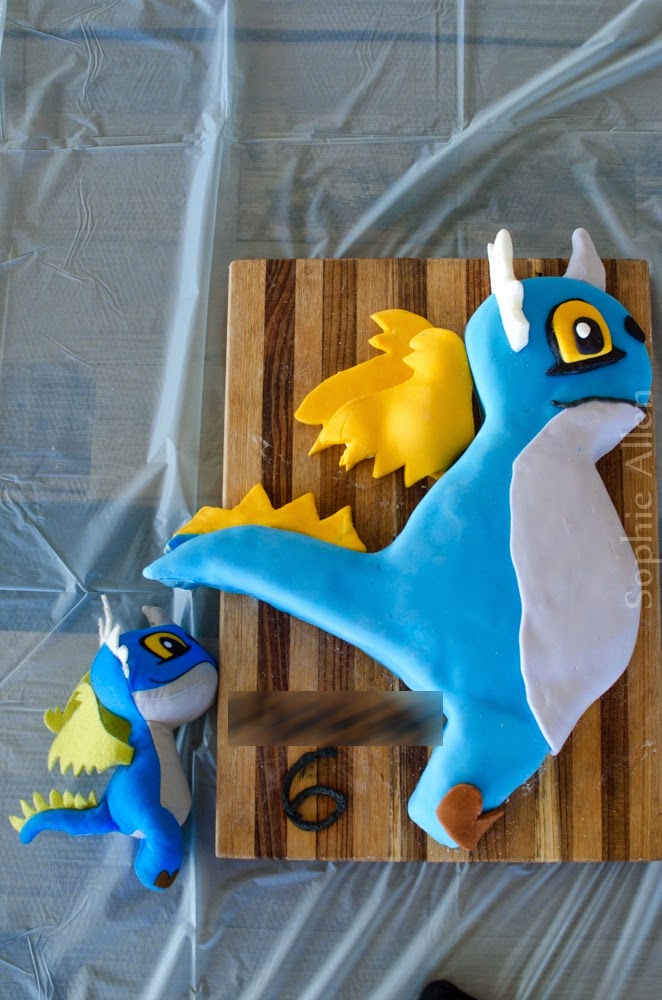 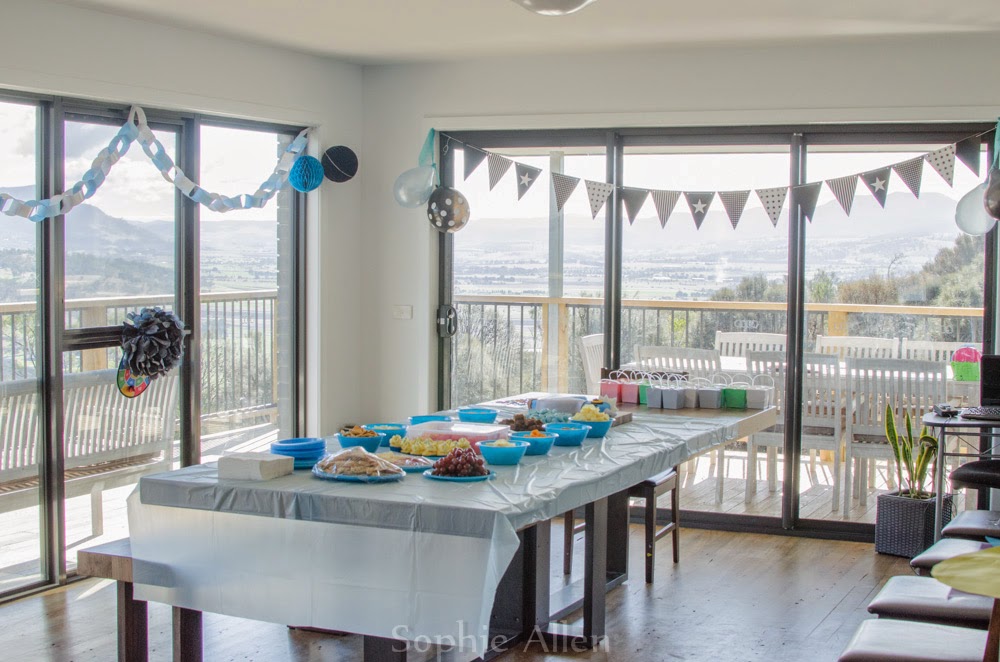 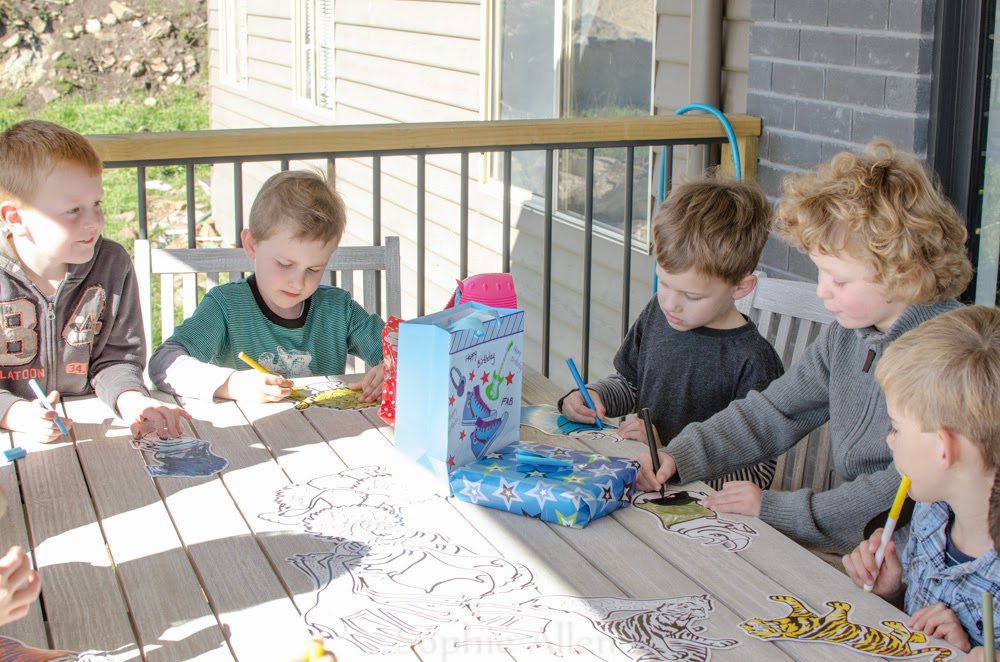 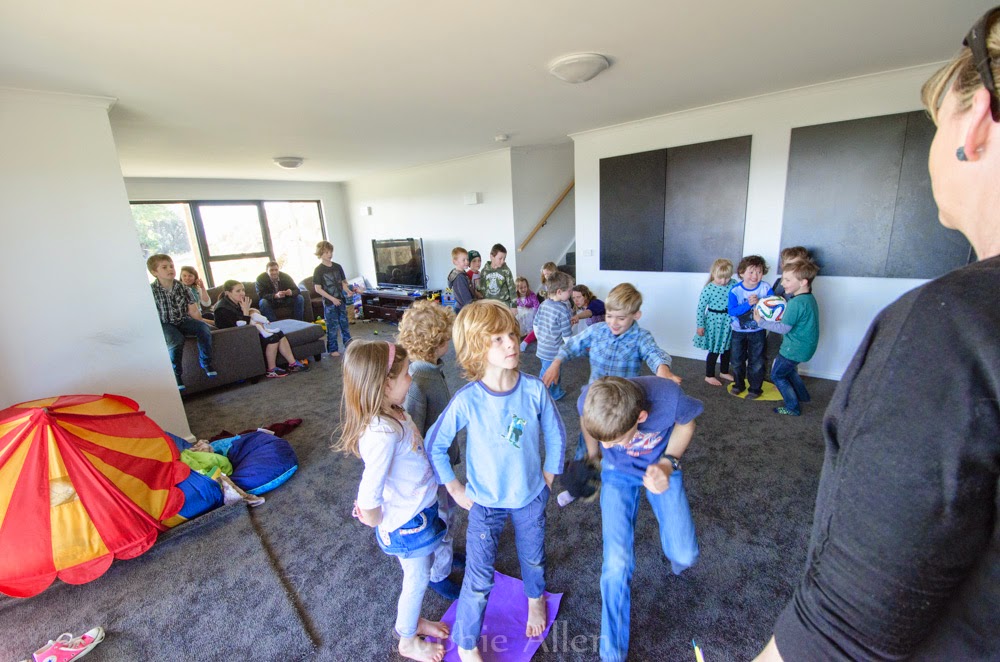 The dancing game where you have to choose1 of 3 shapes to stand on when the music stops.  If you are on the one that is randomnly pulled out of a hat, you're out of the game! 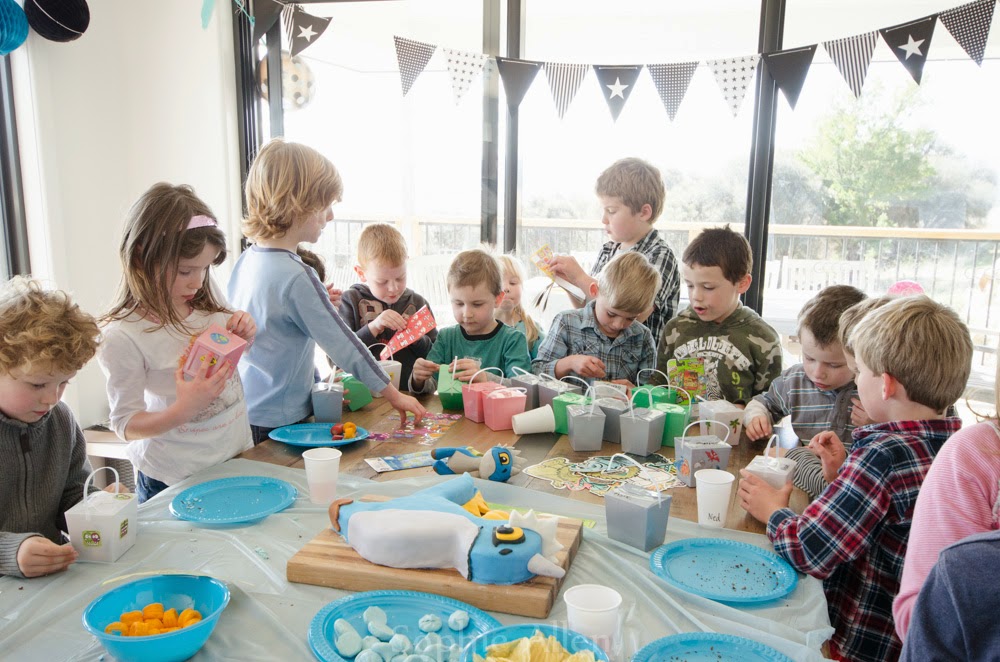 3 weeks later we had another Birthday to celebrate, Pichu turning 4!  He counted down the sleep until this day when he would be 'bigger!'!  We had a quiet morning at home opening presents.  He then had a party to attend, his friend from Pre-Kinder also had recently turned 4.  His party was on the same day.  So after the little friend's Mum suggested they would sing Happy Birthday to Pichu aswell I thought I would make a little cake to take along.

His cake request was for a blue rocket ship! 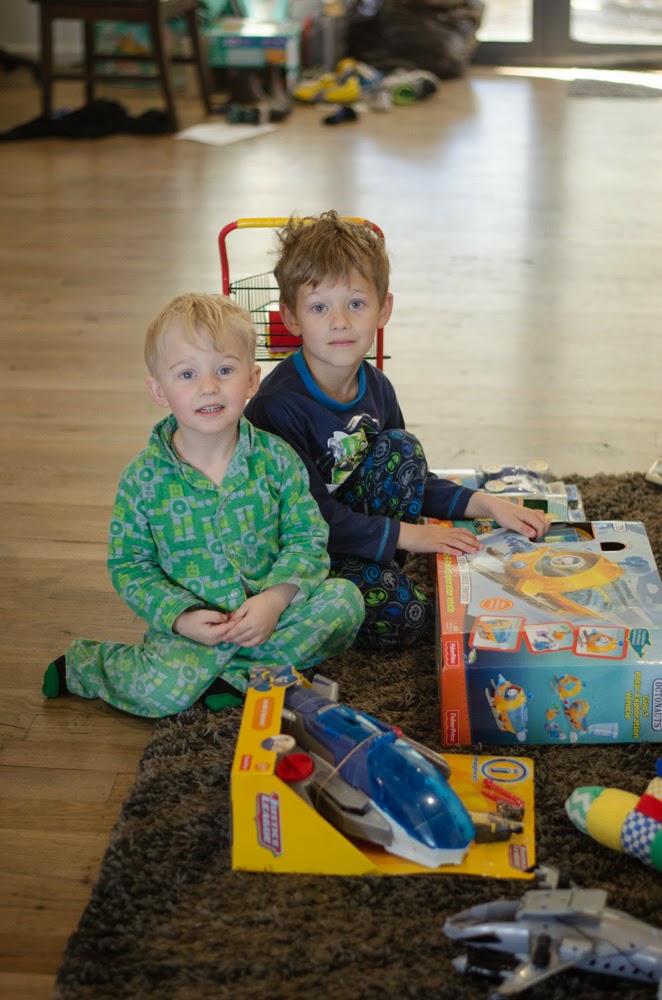 They both loved the Octonauts toys. 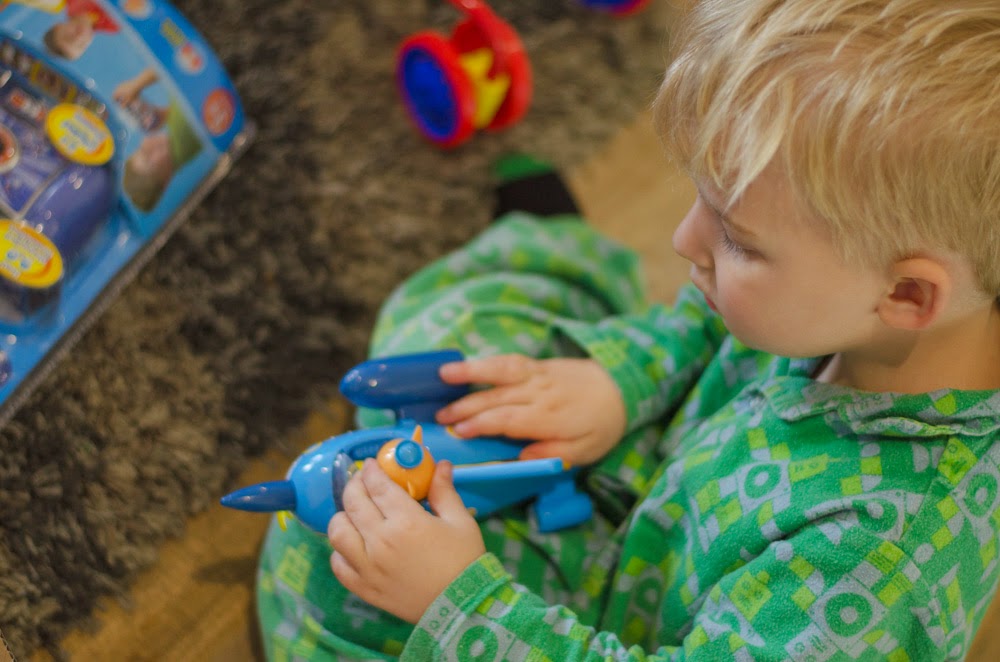 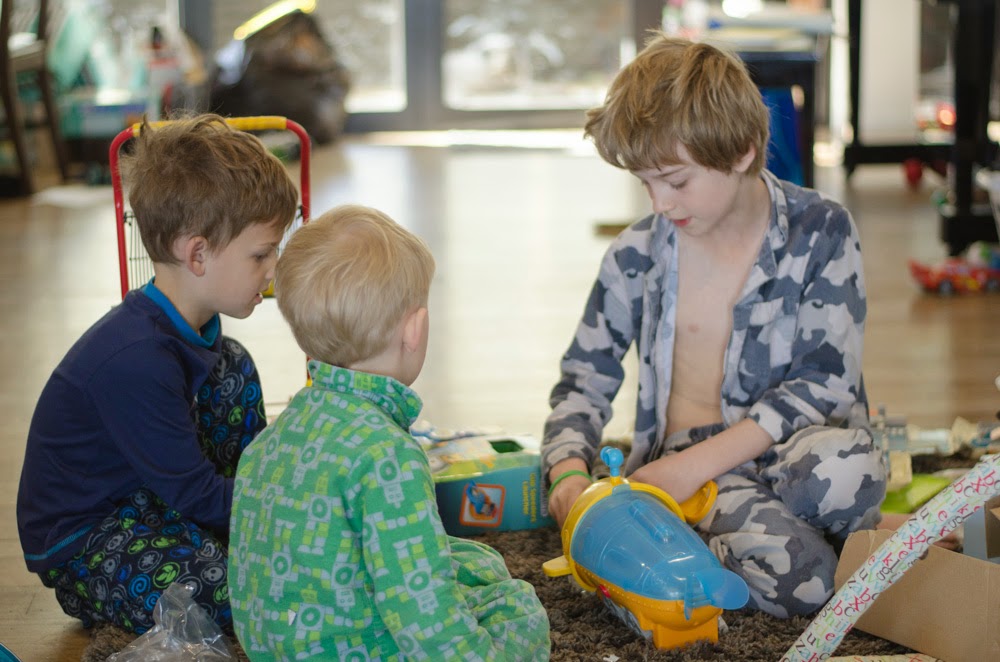 So good having big brothers to assembly all the presents! 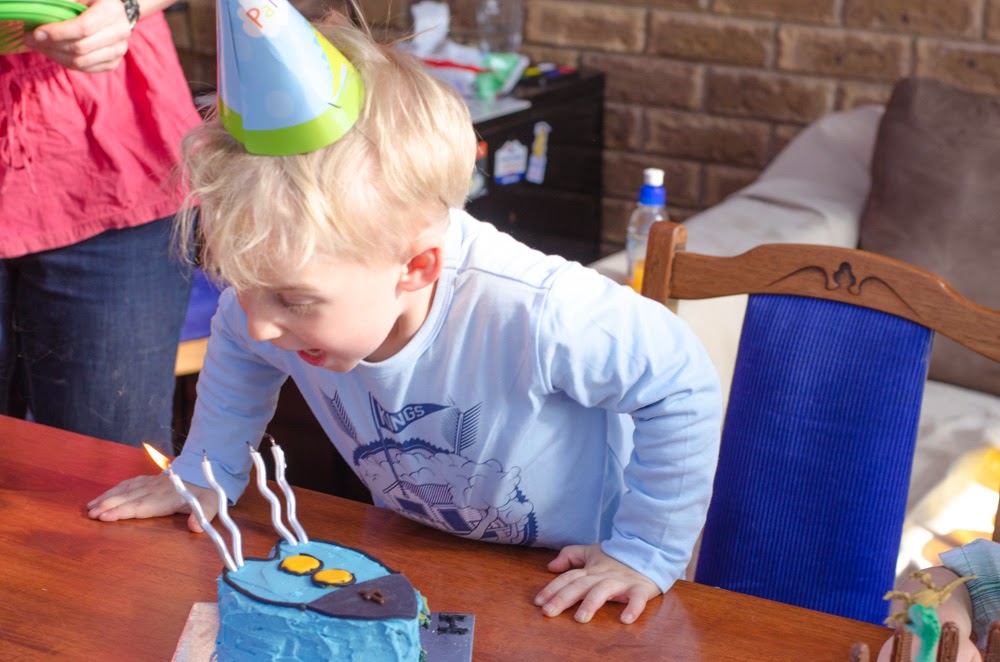 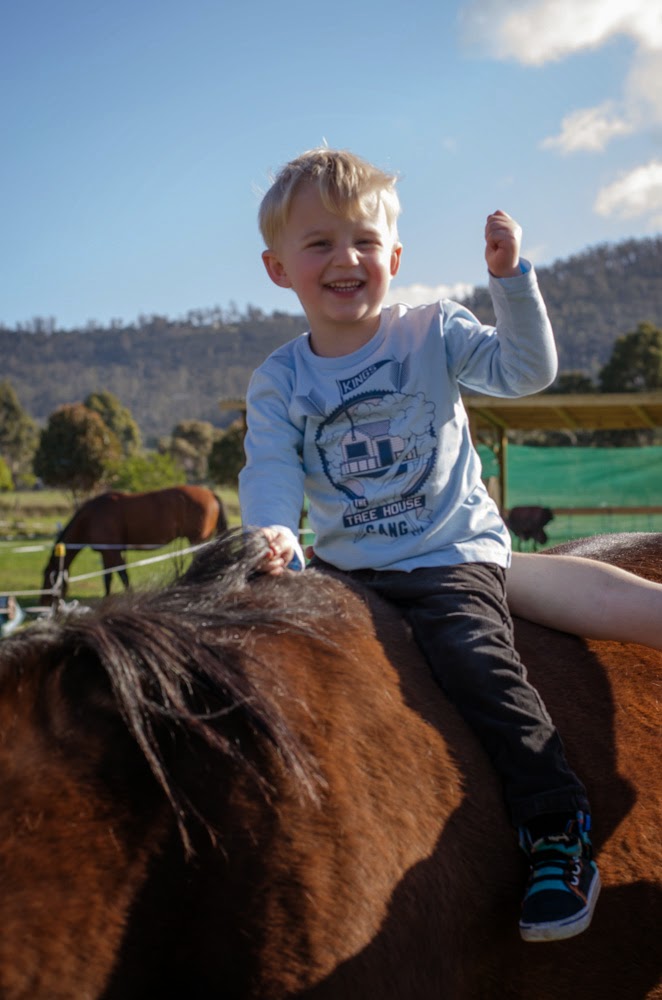 He even got to have a sit on a horse! 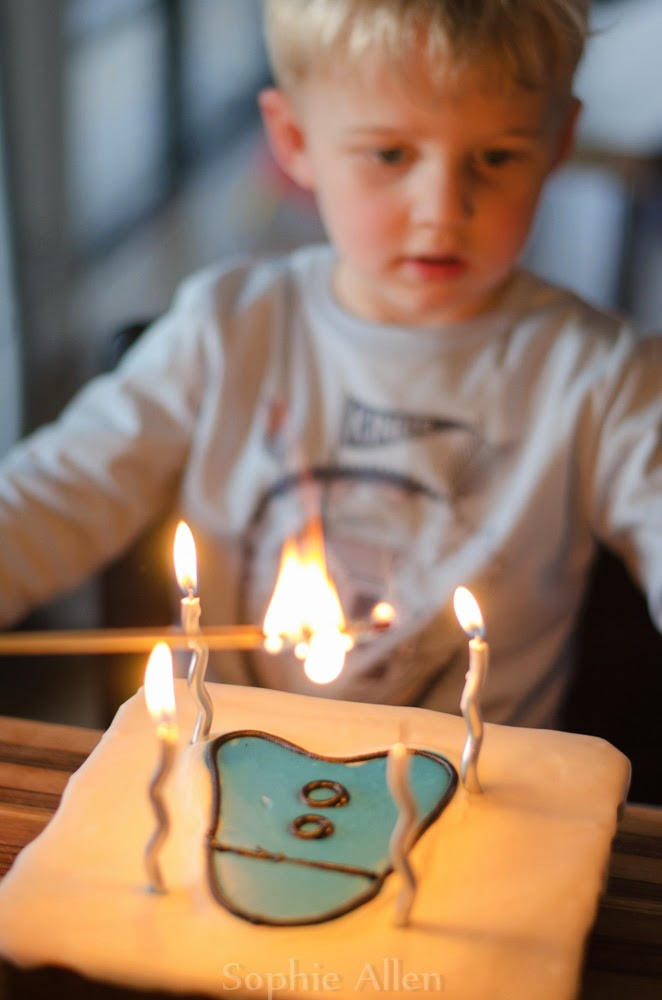 And another cake for home!