I have discovered something.  It's not entirely a new concept in this house, but it has moved to a whole new level of late.  Child does x thing and receives  something in return.  I know, it's not a new discovery, it's how the world works!

But if something 'encourages' the boys to do their homework I am all for it! Within reason of course.  And I don't just mean, 'do' their homework, as it always does get done in the end.  I mean to complete it without the groaning, crying, running away and hiding.. it does get quite frustrating.  I am still unsure whether it's for their educational benefit or a form of torture for me.

Legoman already has a tutor that comes once a week.  His spelling has improved a great deal since the beginning of the year.  He has more confidence writing and has a crack at spelling anything.  He will sit with the tutor for an hour without complaining, yet 5 minutes with me and you'd think I was pulling off his fingernails.  I have had to resort to threatening that the tutor comes twice a week if he doesn't comply with the daily sessions with me.  It works, to a degree.

Voltorb has been more cooperative.  Probably because it's still a novelty.. this learning to read business.  But as he has moved on to more challenging home readers he has become slightly more reluctant to participate in the nightly reading ritual.

So one day whilst shopping I came across some items in the clearance trolley at Kmart.  They are called "The Trash Pack", shortened to Trashies.  I knew the boys liked them, though we hadn't ever purchased any. I get put off by toys that encourage you to 'collect them all', because you just know you are going to be nagged and nagged to keep buying them. But I thought I would get a few packets, stash them away for presents for class parties. 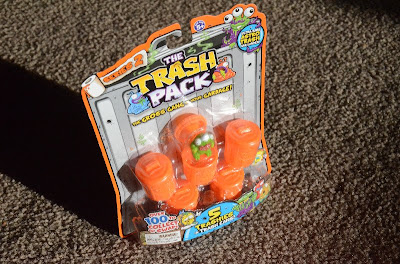 Then Voltorb came home from school, two days in a row, with a miniature rubiks cube and some pens. He had apparently done some good work at school, yet he couldn't recall what exactly. Don't you love that? I get mono toned grunts from them when I inquire how their day has been. Or often, they have done nothing at school, so they say. Tax dollars at work.

His teacher has a 'special box' filled with goodies that they can choose from. Voltorb thrives on this kind of reward system. He seems to have an almost obsessive attitude when it comes to 'things'. He has a couple of stashes of 'things', one in the car, a few boxes in his room (on his bed). Hopefully he won't be appearing on the "Hoarders" tv show in 20 years...

So he asked me if I could make one of these boxes for home. Immediately I think of the Trashies I have hidden in the cupboard, and tell him I would see.

Next afternoon I opened up several packets and found an empty basket to put them in. 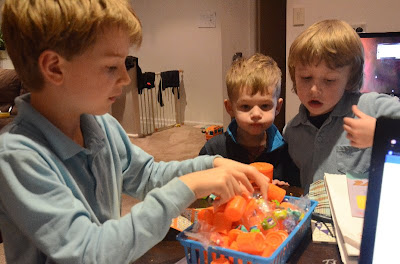 To say that it has worked wonders for their homework would be an understatement.   I now have two little knowledge soaks, or fiends really, because they really are -that- persistent about doing their 'work'.  Voltorb spends most of his free time now either reading quite difficult books or doing units in a Spelling Conventions workbook I purchased through a school supplier. 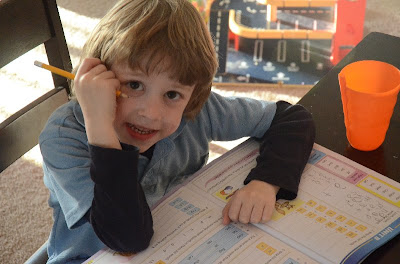 It's not just spelling and reading this has helped.  Voltorb, who has an aversion for orange food and drinks, tried carrot last night.  Couldn't swallow it, but had at least tried it!  The brief was to swallow it, so no Trashie unfortunately.  But knowing what a big deal this was, I gave him another chance with cabbage.  Not only did he try it, he swallowed it!  Big big deal for Voltorb.  He didn't like it.. but he still did it.  For a Trashie.

This morning when I woke up, bleary eyed and heading for the kettle, Voltorb boasts from the lounge chair that he had done some 'work'.  I checked it over, and he had done it all correctly. He then had breakfast, got dressed for school and managed to squeeze in another unit, finishing seconds before we walked out the door.  All in the name of Trashies.

Legoman has been reading chapter books, and doing units in his Spelling Conventions workbook, though not as obsessively as Voltorb.  I think that is mainly a personality thing though.  He also has been extremely helpful and kind to his brothers, another big deal in this house.  Being the oldest he does get the rough end of the stick a lot of the time, yet still gets the most opportunity (like going off doing big boy things with Coder).

So we have come full circle, I am now finding it difficult to get anything done in the afternoons and early evenings, being constantly pulled here and there to listen to reading, and checking 'work'.

Oshawott has jumped on the band wagon, asking what things he can do to get Trashies.  So he could have a hair wash, eat all of his dinner or even practise the alphabet with me.

This afternoon Voltorb has read 4 books and done one unit in his workbook. Legoman has read 4 chapters of his current book. Oshawott has just resorted to asking for one with beaming smile on his face telling me he is being good.

So the Trashies have been all over the place, even to school (Voltorb just keeps them in his pocket all day) and the boys have been all playing together with them.  Well mostly.  There are sometimes arguments over where each of them live, and whether the trash truck will stop at their allotted house.  I know how they feel, ruins my day if I miss bin day too! 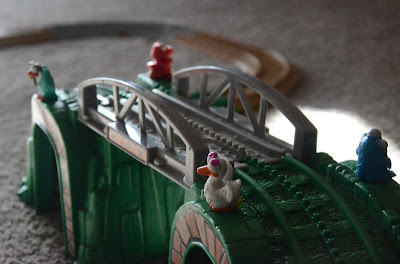 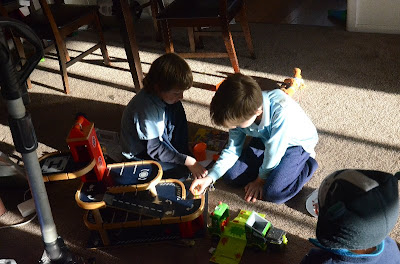 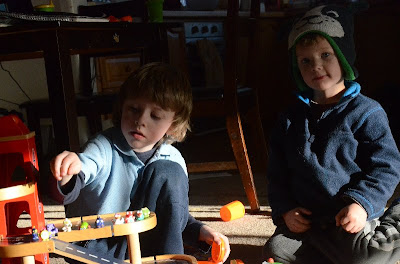 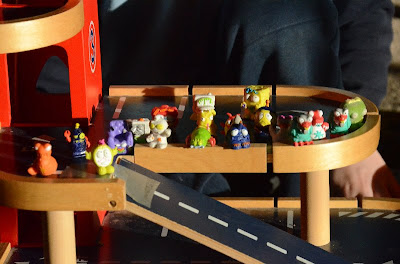 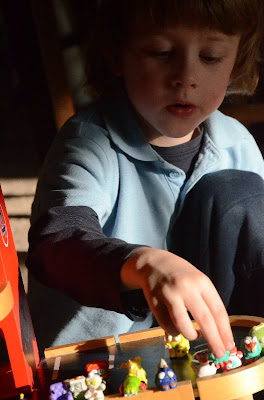 And Pichu loves seeing the camera come out.. so I couldn't resist. 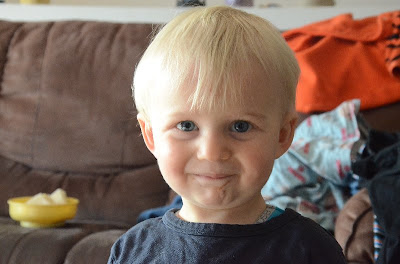