The face of Christmas at our house.

The face of Christmas at our house is sometimes happy, sometimes not.  Perfect example was on the weekend when I attempted to get that perfect Christmas card photo.

But I did manage to get enough pics here and there to do a collage Christmas card instead.

It was probably not a good idea to start this project an hour before bedtime to begin with.  But I was running out of time, everyone was home, everyone was awake, and no one had skipped a nap that day.  So I had to take what I could get.   As it turned out, there -should- have been two boys napping that day, because Voltorb was point blank refusing to participate from the get go.

I should have guessed this would be a problem for him, as a few days earlier, he had refused to even talk to Santa, let alone sit on him!  His 4 and 2 year old brothers waltzed right up the big man in red, Voltorb ran back to pram bay.   We weren't even attempting the Santa photo that day, as we were still missing one brother, but I was testing the waters (thinking I may have trouble with Pichu).

I know I have buckleys of getting a descent Santa photo this year (again). 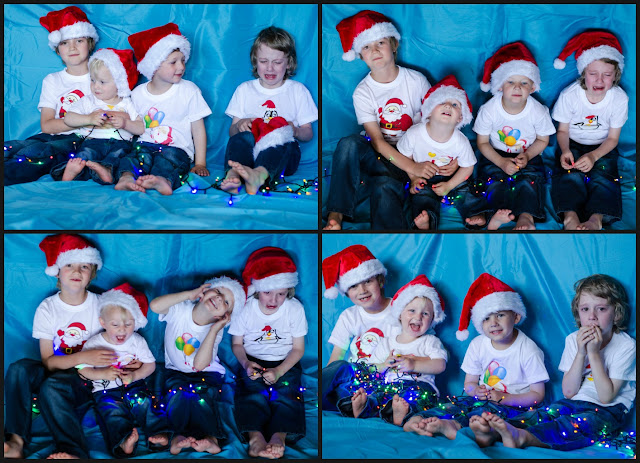 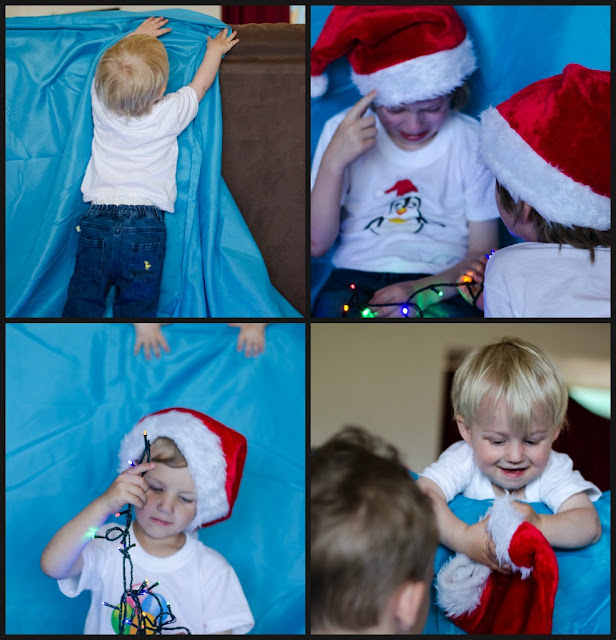 Intermission saw a bit of mischief with an accidental set breakdown, an intervention (Legoman had a 'talk' with Voltrob to figure out why he was crying), a photo bomber (bottom left), and a hat thief. 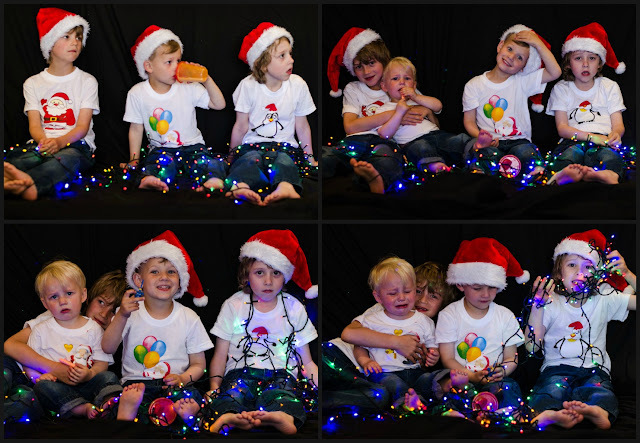 Pichu then had to have a turn, but this is nothing compared to some of the Tantrums he throws. You can check out The Tanty Files here.


If you have enjoyed reading this and/or my photos, please subscribe via email at the top right of the page.  Then head over and like my Facebook page.  And then... follow along at Twitter too!  If you do all of this you will get a lollipop*.

*no actual lollipops will be distributed.


I'm linking up with Grace today, at With Some Grace, for FYBF (Flog your Blog Friday)