The -best- day ever!

"This is the BEST day ever!"  We overheard Voltorb exclaim from the bedroom on Christmas morning.   To which Legoman responded: "That's because it only happens once a year".  Always the realist.  Also, I guess we aren't doing a good job of being Easter Bunny.

We were trying to ignore the fact that they were busily and nosily going through their stockings, hoping to get another 10 minutes sleep.  We had agreed the night before that they were allowed to do that, but must wait for the rest of the family before starting on the rest.  I wanted to close the door and go back to sleep, but figured that would be a bit rude, especially seeing it was "the BEST day ever!".

So we got up, made coffee and began the process of opening packets, untwisting ties, installing batteries, fastening costumes and loading Nerf darts.

After all the chaos had subsided, I found a solitary 8 year old in his room, setting up a Lego game.  "Is Santa real?" he asked me.  I wasn't shocked, I knew it was coming.  Ever since the tooth fairy trap, he has been suspicious, even to the point of instructing me to set up his iPod to record the lounge room as I went to bed on Christmas Eve.  I played along, always intending to 'have the talk' after Christmas.

He was fascinated in the schematics.

"So YOU put the lemons and the lime in my stocking?"

"So YOU bought me the Mario hat?"

"So YOU ate the biscuits?"

Well, technically that was Daddy.  But yep!

"And the carrot mess outside?"


This has gone on for a few nights as he has processed all of the events.  He knows what an important secret it is, he understands why we want to keep the magic alive for his younger brothers.  He is reveling in joining the secret club. 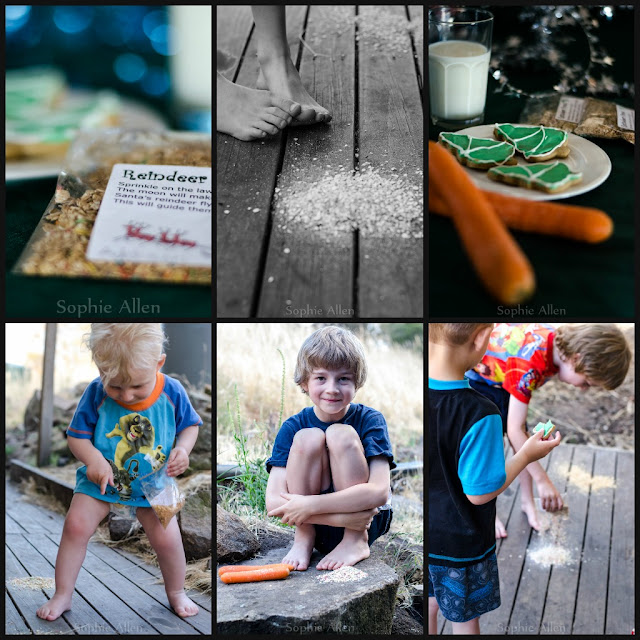 Preparations are very important on Chrismtas Eve, especially if you are in charge of taste testing the Santa Gingerbread.  Reindeer food was sprinkled, times 4 packets.. just to be sure.  And carrots were placed as offerings for any reindeer's with oat allergies. 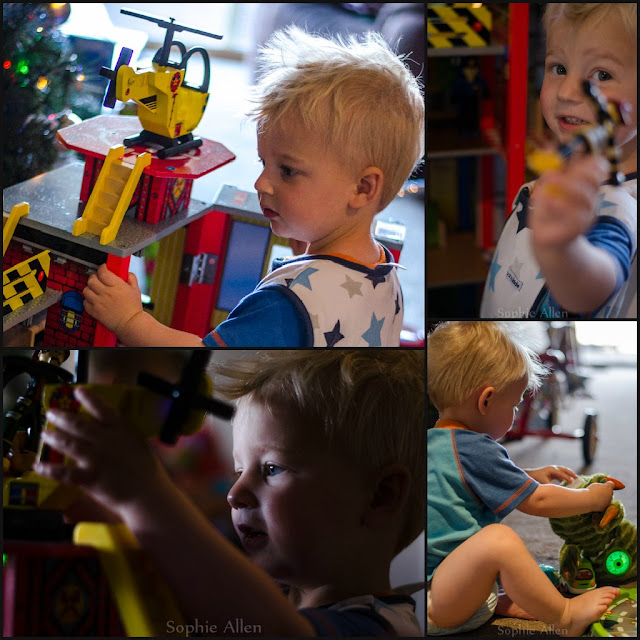 The boy who held up the proceedings, sleeping in, blissfully unaware that his 3 brothers were literally bouncing off the walls waiting for him to wake.  When he did get up, he made a bee-line to his new Fire and Police station house and wouldn't budge for half an hour.  Refusing food, refusing other presents and generally just grunting people away if they approached.  When he finally did come up for air, he quickly decided that the singing and dancing Alien with the green glowing bloodshot eye was seriously too freaky for him and quickly found the off switch before throwing it away as far as he could manage. 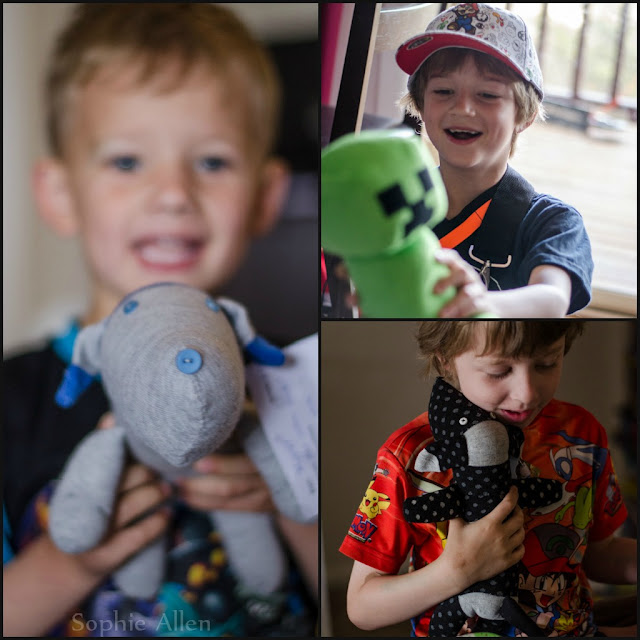 The new plush toys were a big hit. 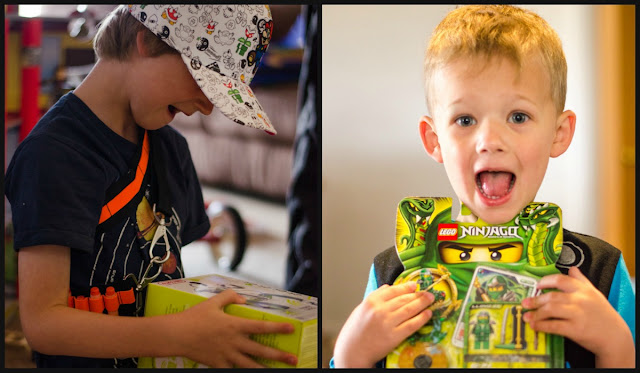 As were some of the other gifts. 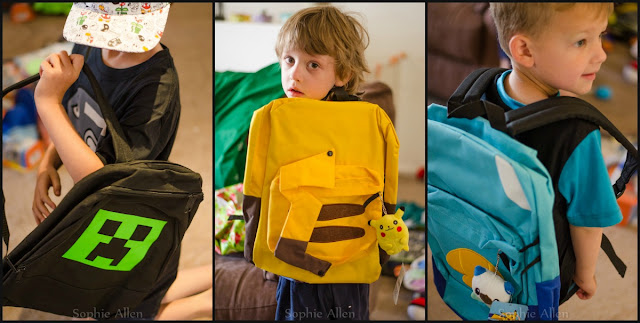 Gearing up for school with backpacks purposefully chosen to suit. 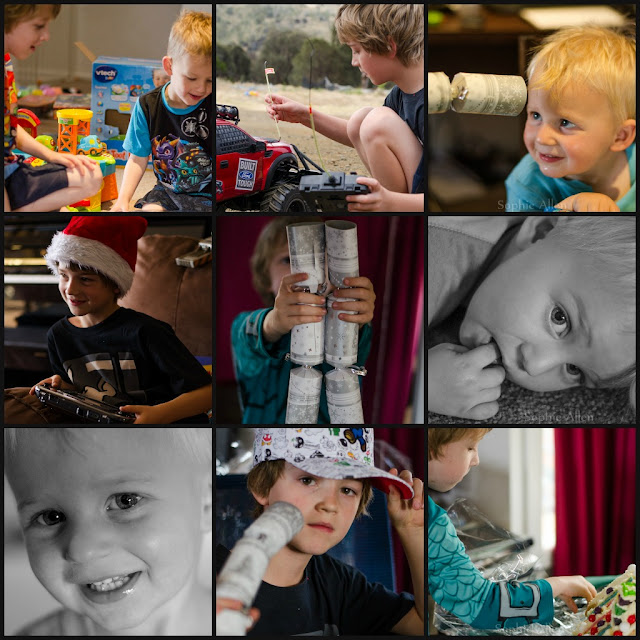 And just a random selection of photos from our day.  The quality of the photo's is considerably low to be able to fit so many on.


I have some blogging news!   Today, I am joining the IBOT (I Blog on Tuesdays) Team over at Essentially Jess.  I am -very- excited to be on board and can't wait to get started!   Which coincidentally happens today!