After spending Christmas in Coolum, we spent all of January in Broken Hill, we stayed in our house that we own there, basically like squatters, with minimal furniture.  The boys had a great time playing with their cousins everyday, swimming and seeing Grandparents and Great Grandma often.  I loved being back there with family in the heat, now that we are in Tassie I really miss a long hot summer. 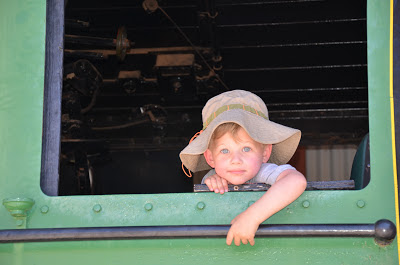 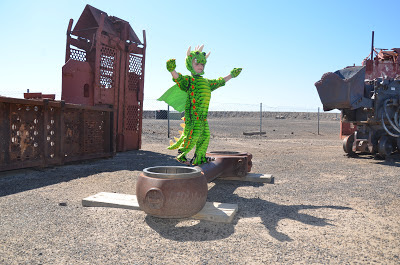 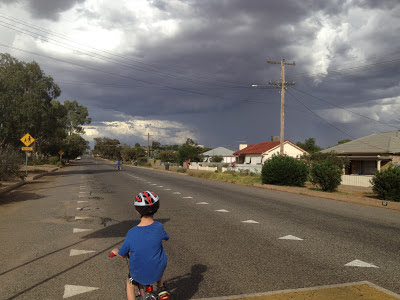 And Legoman learned to ride a bike (without training wheels)! And then couldn't get enough of it.  We ended up in a storm on this day.


We had a Birthday in February, Legoman turned 8 on Valentines day.  We had his party at local park/beach and it was 38 degrees!  The cake I made was a bit of a flop, not only because of the heat, but basically I just butchered that one.  Sorry son! 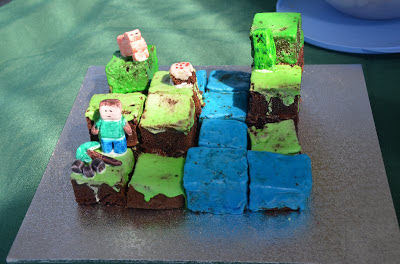 It was meant to be a Minecraft cake.

School started, Legoman in Grade 2, and Voltorb started full time school (Prep).  Voltorb's teacher was new to the school, so we were unsure at first.  But she has been so lovely, a breath of fresh air.  She had him pegged in those early weeks, and catered to his sensitive ways.  She also taught the Magic Words (which the school in general doesn't do, weird, I know), and introduced the Home Reading books to keep track of your reading days.  Undoubtedly this helped him get a solid foundation to reading and he has improved in leaps and bounds.   Unfortunately she is moving on (really long story, but so not fair), so the school has lost a brilliant teacher. 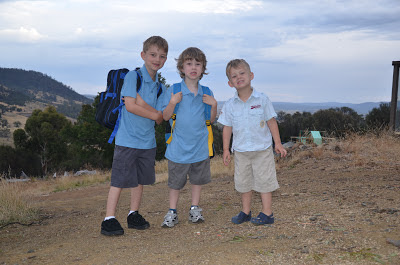 March saw our annual visit from Coder's parents.  They live in Florida and come to visit every year for 3 weeks.  This year we had just his Dad come, and he was able to squeeze in downstairs, sharing a bunk with one of the boys.   During his time here we took a trip up to Binalong Bay, which is on the NE coast of Tassie.  It was a beautiful spot (right on the beach) and a very memorable trip.  It gave me a great opportunity to get to know my camera a bit more. 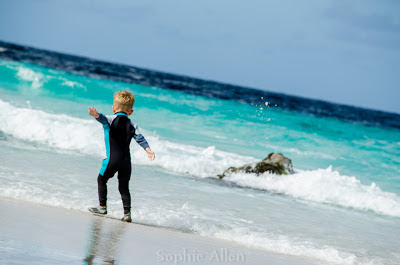 This looks familiar yes?  It was taken at Binalong Bay in March. 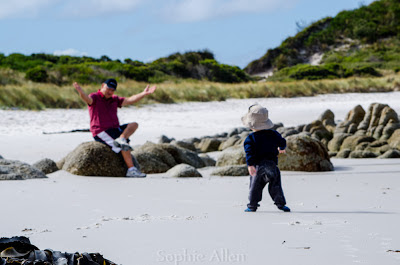 
On the second day of April I started to blog.   You can't get rid of me now.   I feel like it's something I should have been doing long before, it seems to suit me well.  Or so the little voice in my head tells me, and it is always right you know.

Easter was thrown in there somewhere too.

Another birthday, Voltorb turned 6!  We had a big joint pirate party for him and his best buddy who also turned 6 in May.  I wrote a blog post about it, and it was the first post that I got alot of feedback from family about.  My sister told me it was 'hilarious', yay!  At that stage, it was only family and a few friends that were reading it. 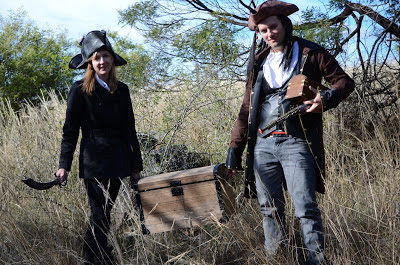 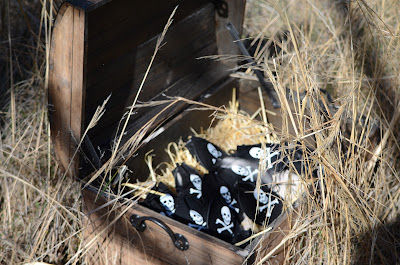 The hidden treasure that they had to find using a map and clues. 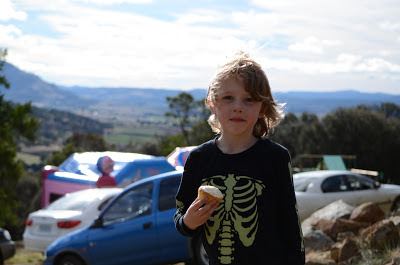 Yes, he insisted on wearing his glow in the dark skeleton PJs to his party.

We also began the long drawn out process of the house extension.

We visited Broken Hill again in the June school holidays.   Actually, it was a surprise visit too.  No one knew we were coming, but everyone loved that we did!  Or so they made us believe!  The trip over was fairly incident free.  The trip home? Well not so much, and please, read about it here before you decide to fly alone with 4 young children.
"Not sure what happened, but somehow the good children from Flight May31 had been replaced by the hyper, hearing impaired children from June14." 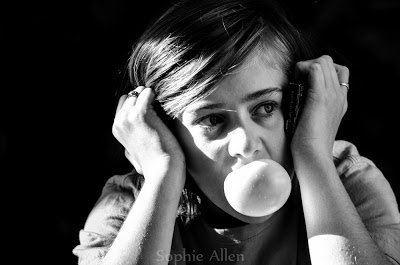 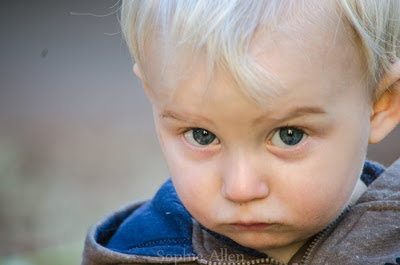 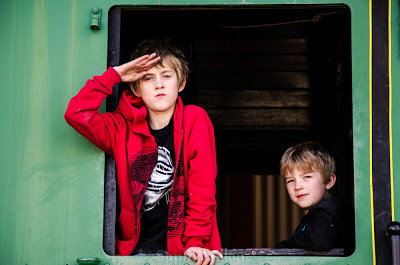 We had visitors from Broken Hill, and even though we waited for more snow, it didn't make an appearance.  But nevermind, we made do with some patchy week old snow! 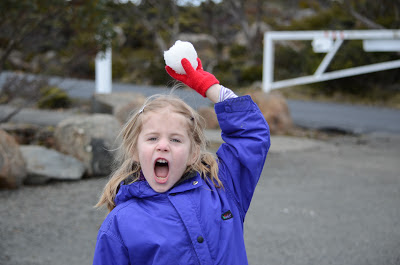 My youngest niece, this was her first experience with snow.  She's a fast learner as you can see.

August was a pretty rough month for us.  Oshawott ended up in hospital for 7 days with Scarlet Fever, and then Pneumonia.  It took weeks to completely get over it, and get back to his normal eating habits and not scratching himself to shreds.  He was incredibly brave, even when very miserable.   A week after coming home from hospital we celebrated his 4th Birthday, and made sure it was a doozy! 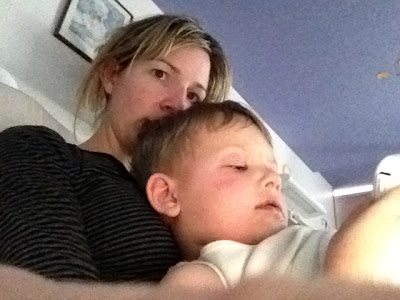 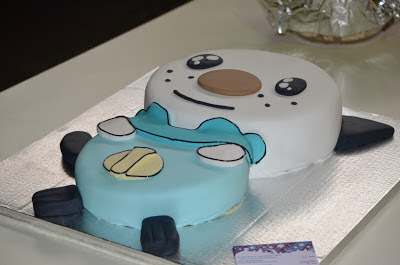 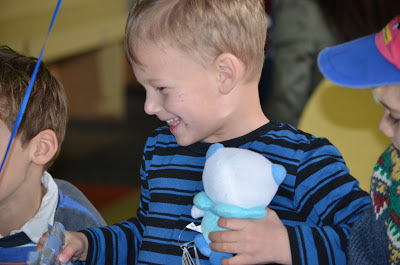 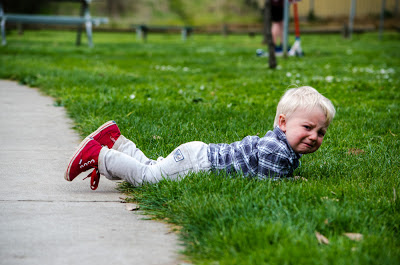 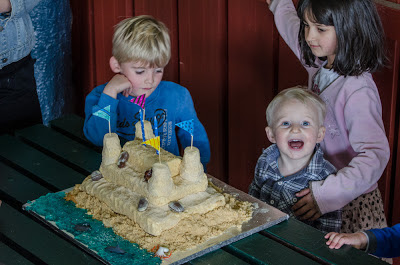 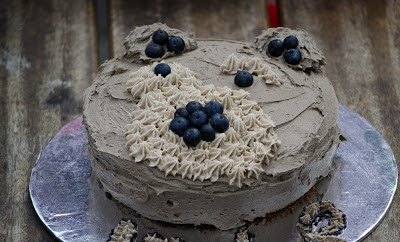 I made him two different cakes as we ended up having two celebrations.  Lucky boy!


Father's Day was earlier in the month and after getting his present a few days early, (well it is almost impossible to keep a piano hidden you know!), we spent Father's Day at Mt Field National Park.  And even got to have a snowball fight. 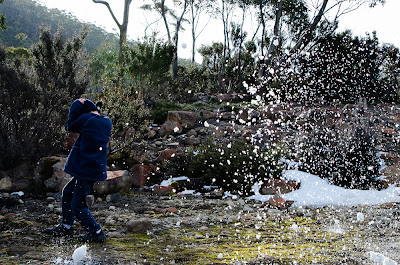 During the September School holidays I took the boys up to Launceston. 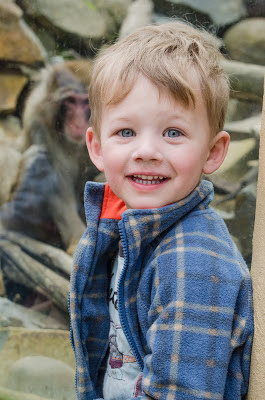 And in September I flew to Melbourne for a one day Intermediate Photography class with the Nikon School. 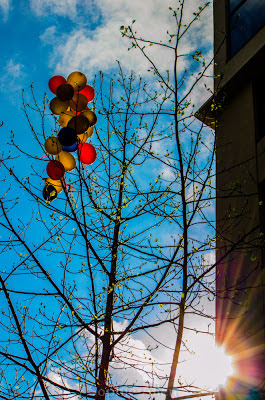 Nothing special really, just my Birthday, plus a warm day saw us head to the beach where I used my new tripod to get some family photos. 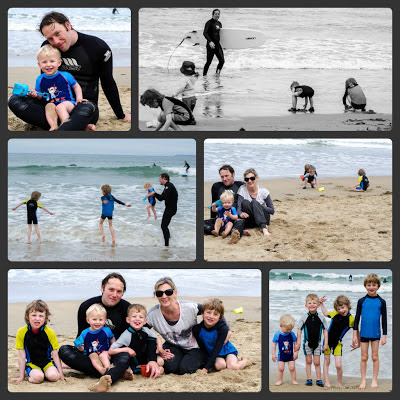 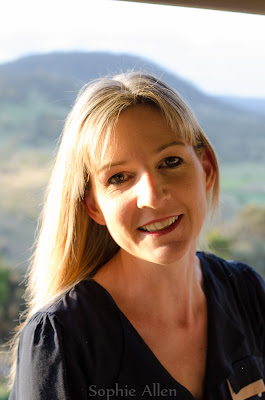 Gearing up for Christmas, I took the boys to the Hobart Christmas Pagaent.  Plus, Legoman helped out at McHappy Day with his Scouts Troop. 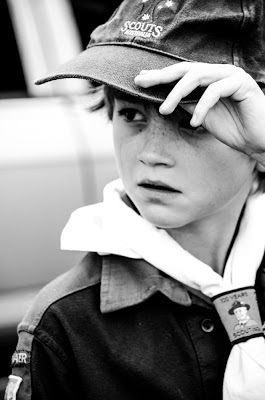 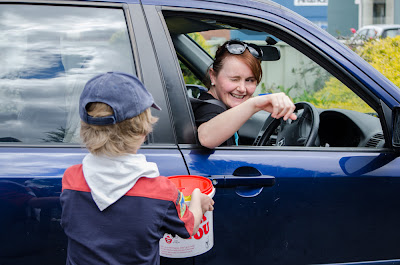 December see's me making masses of Gingerbread.  Other then that, School has just finished for the year, so that is a big relief as the boys are just exhausted. 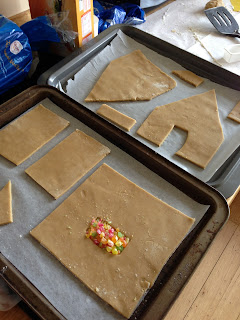 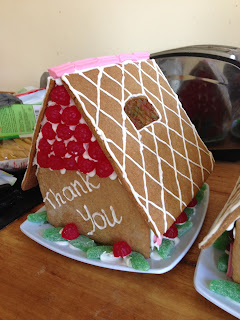 And then there is that small matter of Christmas Day that is fast approaching!  I think I am 95% organised, and I'm pretty happy with that at the moment.


If you have enjoyed reading this and/or my photos, please subscribe via email at the top of the page, and one day when I work out how to actually use Feedburner you will get updates in your inbox (I think it may be working!).  Then head over and like my Facebook page.  And then... follow along at Twitter too!