Bringing in the big guns.

You might remember the dilemma we were having about a boulder disrupting our build?  Well I thought it would be a good idea to give an update on that situation.

We decided to bring in the big guns, and not in the way of explosives.  A 22 tonne excavator came onsite to intimidate that boulder right out of the ground.

The moment of truth finally came, when it was time to have a crack at the boulder.  Seeing as it was literally right outside our dining area, we had to move to the other side of the house in case he lost it from his bucket and it crashed through the house.  That thankfully did not happy and the boulder was moved and is now a founding part of the new retaining wall.

It was a pretty awesome sight to see, the operator of the excavator had such a fine touch and it was like watching a ballet of sorts as he moved one gigantic rock after another, creating a retaining wall of rock to then build up to an additional level space.

The rest of the build has been moving along at a steady pace. 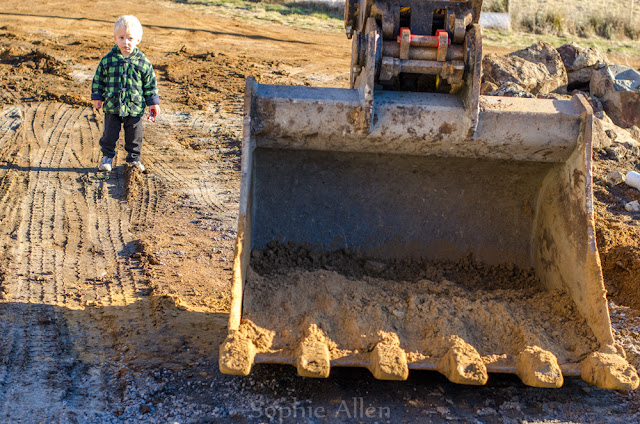 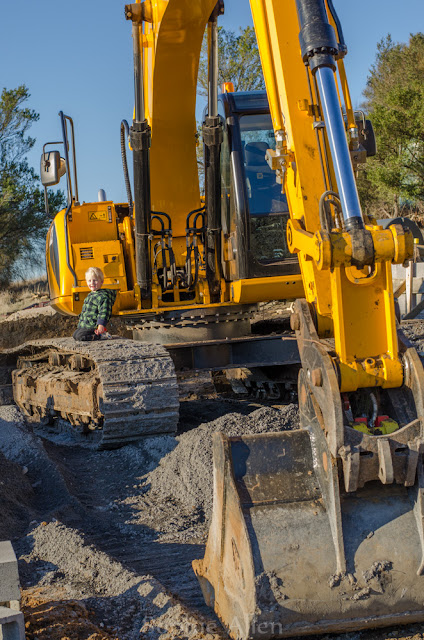 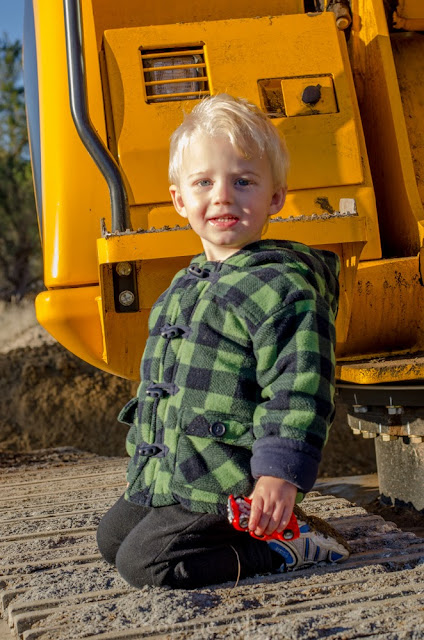 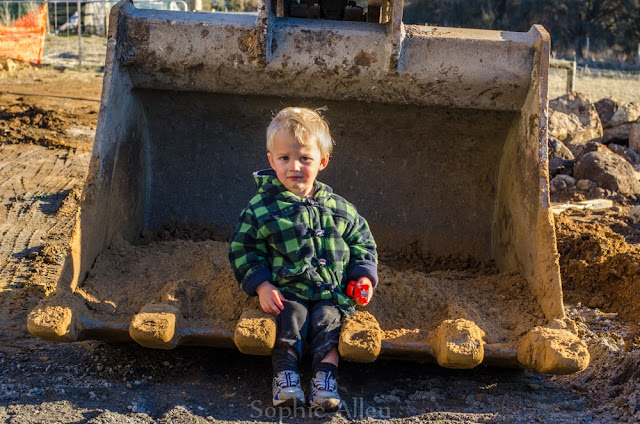 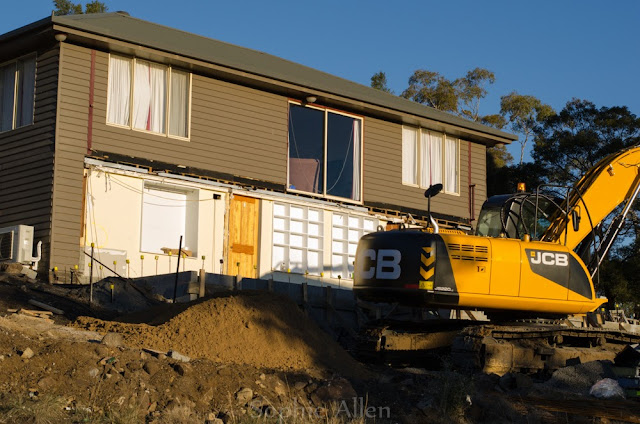 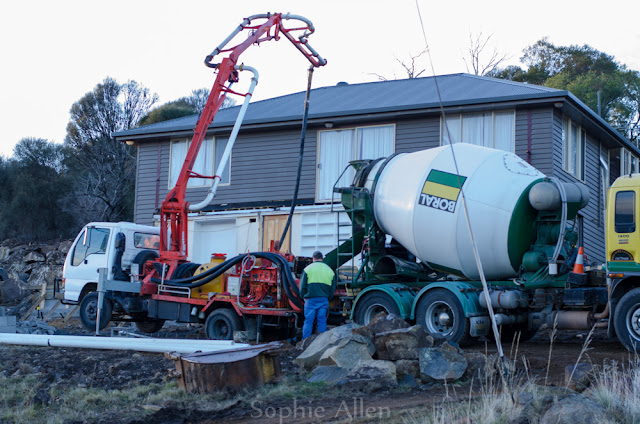 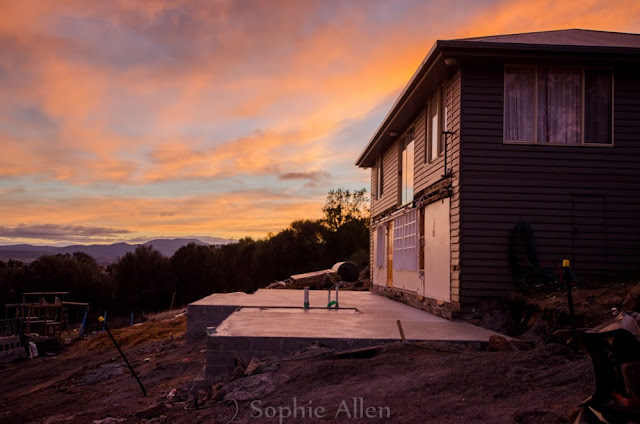 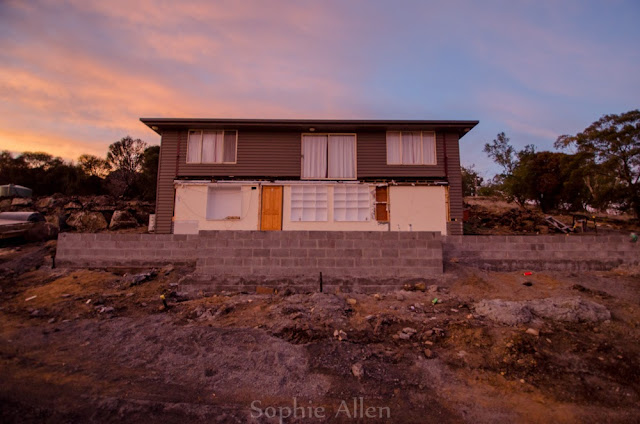 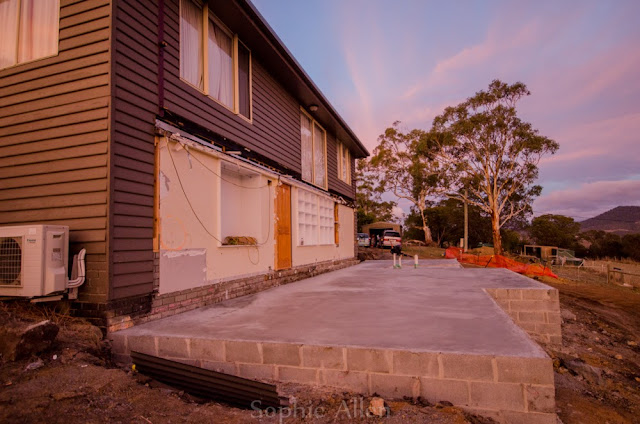 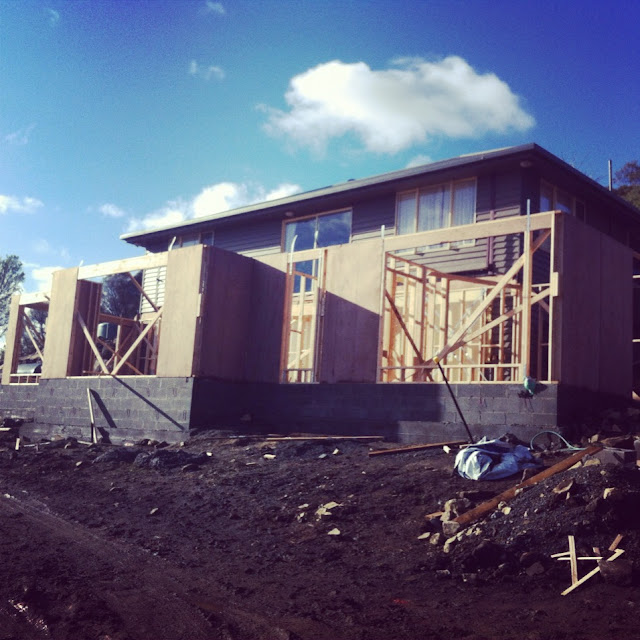 This is the bottom level, rumpus on the left, bathroom and bedroom on the right.  The level above will be living, kitchen, master with en suite.  A deck will go around the top level and a small deck at the bottom.

I am joining Jess and all of the fellow IBOT bloggers.