And the winner is...

In the sleeping corner, Mummy!  Yes, that's right, I slept. I am pretty sure I slept from 11 to 5.45am, without being woken up by someone.  Pichu slept through the night, this is only the 4th time he has ever done that, in almost 20 months.  He had a cry at 5.45 (which woke me up) but he went back to sleep, and didn't end up waking until 7.30.  Gobsmacked. 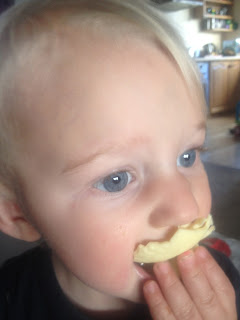 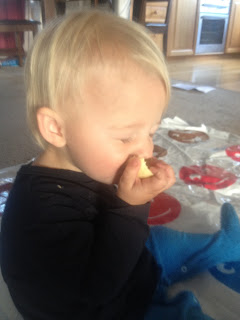 Pichu had his first taste of chocolate a few days ago.  I think he likes it.

On other matters, my iphone is broken again.  It is sporting a new series of cracks and also one of the microphones isn't working correctly and no one can hear me talking during a call.  Which is quite a fundamental part of a phone.  I have discovered though, that I can be heard if I use speaker phone.  Fine at home, but not sure how that will go at the shops.  I really don't think Lady in isle 3 wants to know that my car is overheating or that Legoman has a dentist appointment on Thursday.  Not sure what's going to happen with this one, I might have to relent and just get it fixed again.

Legoman is going great guns with his tutor, i'm feeling positive we can get on top of this.  Legoman happily works with the tutor, without complaining for the whole 60mins. This is great, but frustrating at the same time. I get maybe 5mins from him and its rife with whinge! Legoman loves Monopoly, Coder bought it last weekend and now every spare moment Legoman is setting it up, talking about it, and trying to drum up players.  He loves it so much he will even play against Voltorb and Oshawott, which is really saying something because the times I have played along with them they are quite challenging to play against to say the least, and then they randomly just throw in the towel to go find something more interesting to do.  I started off going a little easy on Legoman.  Coder didn't, his cut throat approach to Monopoly has led to an all out gung ho approach to my play style.  That didn't help me last night, I was crippled by Coder and his 4 housed Regent Street, then squashed over on Legoman's housed Vine St.  Game over for me.  Legoman won that game, the squeals of delight could be heard all over the house, high fives all round as the Coder was at last defeated! 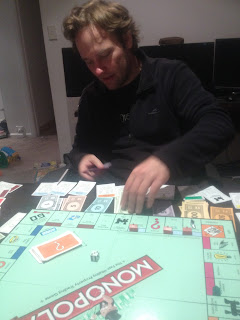 Note the fortune and hotels of Coder's empire. 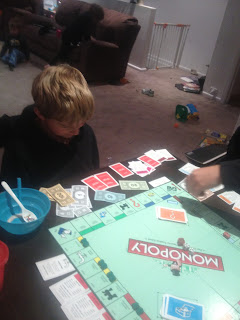 Look at all the mortgaged properties... not looking good. 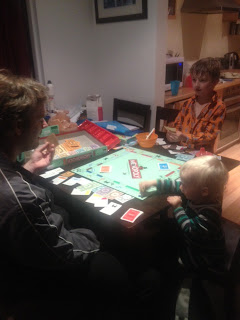 Deals being made, high finance discussions. Even Pichu likes to play.

Voltorb is doing great learning his magic words, I love watching his little mind work. It's extremely hard to contain myself at times, this is what I mean..  he is trying to sound out 'that'  "th th th a a a t t t ... with!"  What? haha, no Voltorb.  He does this often, sounds a word out and then grabs one out of thin air, completely off track. Hilarious.  But really, he almost knows all of his green words now, just needs to go over a few of them.  He loves drawing and writing.  He came home with this yesterday, he had done it in his free time at school.  It's a drawing of me, and then he added in a few words he remembers how to spell. 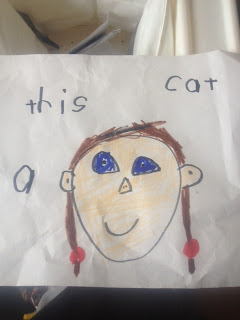 Oshawott is big now! Yesterday he was quite upset in the morning when I got out of bed.  He was saying there was something wrong with his arms.  Oh great I thought, his joints must be hurting, which is strange that it was elbows as it's normally his feet.  On further investigation, apparently the problem was his pyjama top sleeves were too short and riding up halfway to his elbows when he bent his arm.   An upset Oshawott soon turned into a 12 foot beaming Oshawott when I explained he had grown out of his size 3 jammies.  All day he raved about how big he was, that he was almost as big as Voltorb now.  Several times during our interactions with other people I found myself having to explain what it was Oshawott was excitedly trying to tell them.  Which is no new thing to be honest, I find myself explaining them to people quite alot, yes, that is one of Daddy's ties wrapped around their forehead, how could they be Ninjas' otherwise?  Yes, that is toilet paper tucked in their pants, trailing behind them, the perfect made-to-size tail. 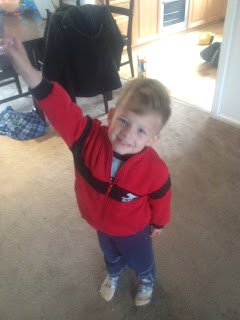 Lizzy (Legoman has named the skink) is still alive!  Lizzy likes long walks around the cube, basking on hot ceramic rocks and cowering from gigantic millipedes under the water bowl.  Lizzy also likes to eat little grey moths, dead or alive, but mostly dead because that's all we can usually find.  Funnily enough we have a moth plague at our back door at the moment.  But they are gigantic brown moths, and mammoth grey moths. Too big for Lizzy, because we did try of course. One look at that and Lizzy didn't come back out of hiding for hours!